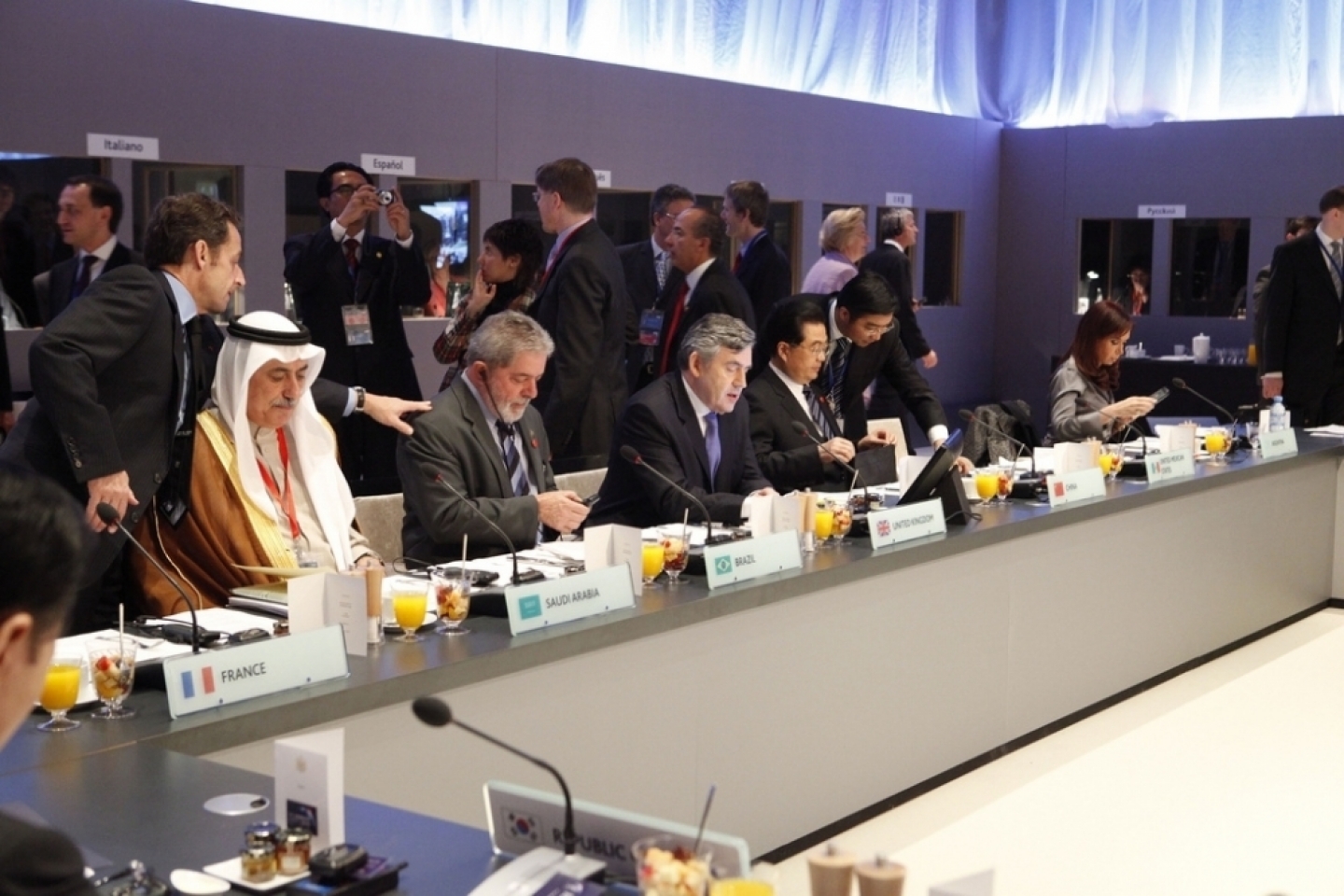 The G20 leaders’ forum has proven effective at coordinating a global response to economic uncertainty. Its collective action in 2008-2009, the worst economic downturn since the Great Depression, has helped to mitigate the extent of the international economic crisis. With the initial shocks now passed, the G20 faces new challenges as it moves into the phase of post-crisis global economic management.

The G20 has solidified is position in the international governance architecture and become, as the United States Department of State describes it, the “premier forum for international economic cooperation.” The ‘unfinished business’ that remains, though, has the potential of overshadowing the success of the forum.

From 'Crisis Buster' to 'Steering Committee'

There is a level of ‘incompleteness’ in the G20 process as it moves from the role of a ‘crisis buster’ to that of a global economic ‘steering committee’. This must be addressed to ensure the effectiveness and legitimacy of the G20 forum continues. Over the short and medium terms, the G20 will face a number of tests that will signal how well it is adapting to its new position in the international economic governance architecture.

Concerns about internal disconnects within the G20, as member states hold differing perspective and positions, will need to be overcome to ensure that its collective action and efficiency is maintained. Avoiding internal fracturing will be essential if the G20 is to move forward. The spirit of mutual cooperation that helped spur the G20’s elevation from a grouping of finance ministers to a meeting of leaders at the summit level must be harnessed. Collective action and problem solving should be encouraged that transcends traditionally like-minded groups of countries.

The G20 must quickly ensure that it does not lose the momentum gained in dealing with the crisis through 2008-2009. Summit leaders should solidify the forum’s role through swift action to prevent backsliding on promises as the immediate effects of the global crisis dissipate.

The G20 must also focus on ways of improving outreach to non-member states and other stakeholders in order to increase and maintain its legitimacy. The G20 must promote equitable international economic arrangements that provide a larger voice and role for the major economies of the global South. This must include the G20’s own performance and extend to other international forums. To better promote and secure legitimacy, the G20 must reach out to non-member states and non-state actors, giving voice and consideration to their concerns.  But this outreach must be done in a way that does not diminish the G20 as a relatively cohesive and effective small group.

Having demonstrated its importance as a crisis committee, the G20 must prove itself as an effective forum for collective action on a sustained basis. Addressing the issues outlined above will help ensure that the G20 continues to build its legitimacy and efficiency, which will further elevate it as the go-to forum for international economic cooperation.

The above text highlights and summarizes the main points of “The G20 and the Post-Crisis Economic Order,” CIGI G20 Paper No. 3, by Andrew F. Cooper and Colin Bradford, available at http://www.cigionline.org/publications/2010/6/g20-and-post-crisis-economic-order.