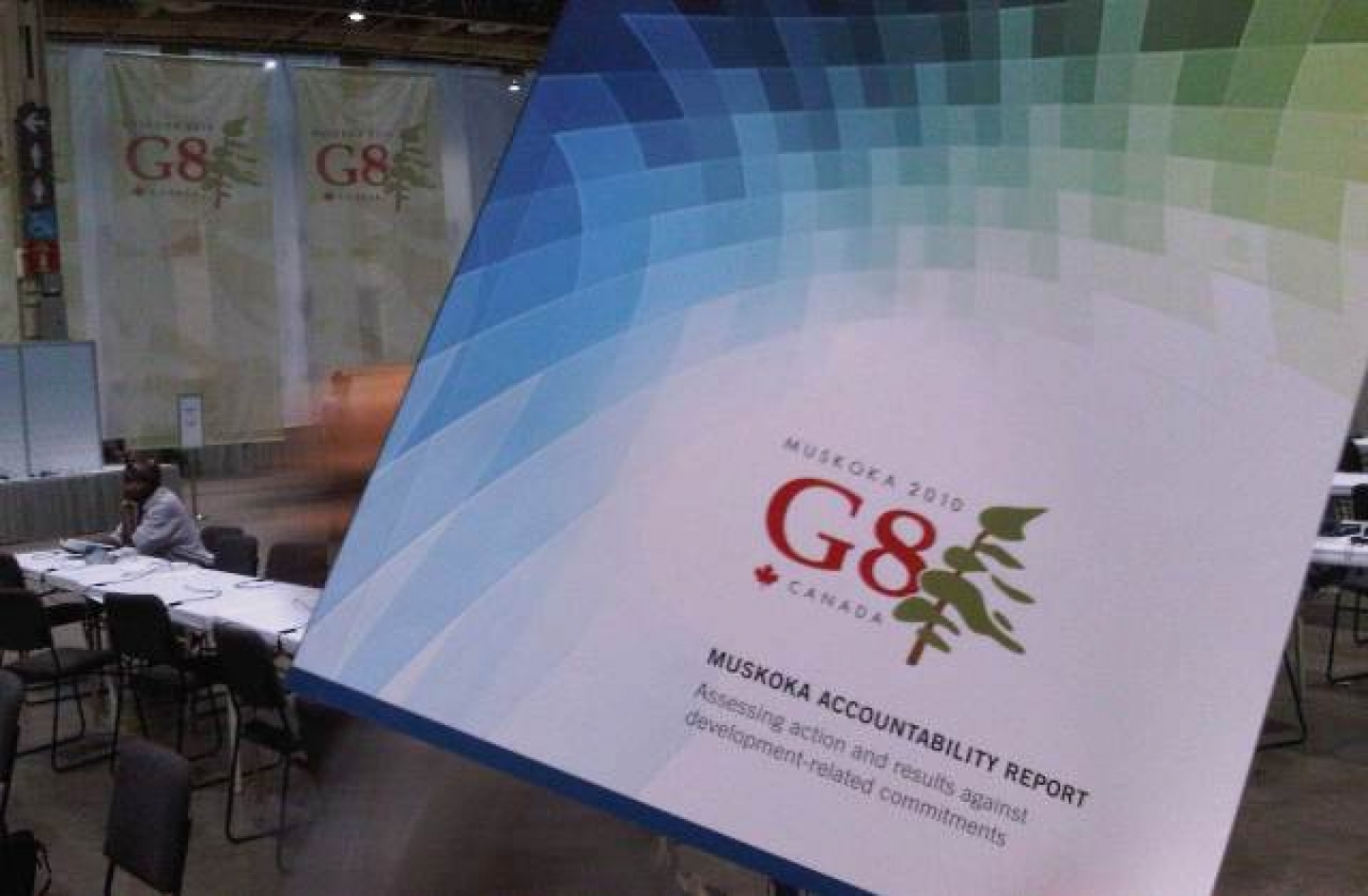 A perennial criticism of the G8 – levied by experts and activists alike – is that it does not deliver on the promises it makes. Leaders are seen to hold expensive meetings once a year, making lofty financial pledges against scenic backdrops. However, when the cameras are turned off and the security fences dismantled, the urgency to deliver is eased. Monies promised do not always appear.

In a landmark move, the Canadian G8 chair issued the Muskoka Accountability Report on Sunday, the first of its kind to track specific deliverables against commitments across a wide set of G8 issue areas. In its preamble, the report is said to “reflect the desire of Leaders to provide a candid assessment on what the G8 has done.” Covered in the report are (with links);

Accountability has emerged on the G8 radar in response to the mounting questions of effectiveness on its substantive agenda and of efficiency of its membership alongside the rising G20 summit. NGOs such as ActionAid have long called for such procedures for reform of the aid system, cutting through platitudes, and to hold donors to account.

In developing the Muskoka report, the Canadian chair has advanced transparent reporting in an effort to restore confidence in the G8 process and to prove its legitimacy in an ever reshaping world order. The report has a general focus on international development as two relevant benchmarks have come due: the 5-year assessment of the Gleneagles Summit commitments to Africa; and the 10-year assessment of the Millennium Development Goals. In plain figures, the report shows that while there has been some progress towards these targets, most G8 countries have yet to complete their commitments.

For many years, independent analysts have been monitoring G8 promises. The G8 Research Group has led the way with its annual Compliance Reports that score what is (or is not) fulfilled from one summit to the next. The advocacy group ONE has received great attention for its annual DATA Report on G8 commitments to Africa. This activity has brought to light shortcomings (ODA) but also success stories (health).

The move now to increased reporting by G8 states themselves is significant. On one level, it provides recognition that transparency in their actions is important. And on another, by staking out which countries are delivering and which are falling behind, a system of peer pressure can develop in which G8 members will want to keep up with the rest.

Initial Steps of a Long Journey

Accountability is premised on the notion that those with power should be answerable to its stakeholders and that there are mechanisms of enforcement to back words with action. The Muskoka Accountability Report should be seen as an important initial step in fulfilling these two goals.

However, successes in the reporting process need to be separated from shortfalls in the delivery of aid. While G8 leaders will want to laud their collective efforts to develop better mechanisms for transparency this weekend, the real story remains that there is a huge gap between rhetoric and reality in their development practices.

Judge for yourself – read the Muskoka Accountability Report.