It’s true that the United States imports much more than it exports, but that has little to do with trade agreements 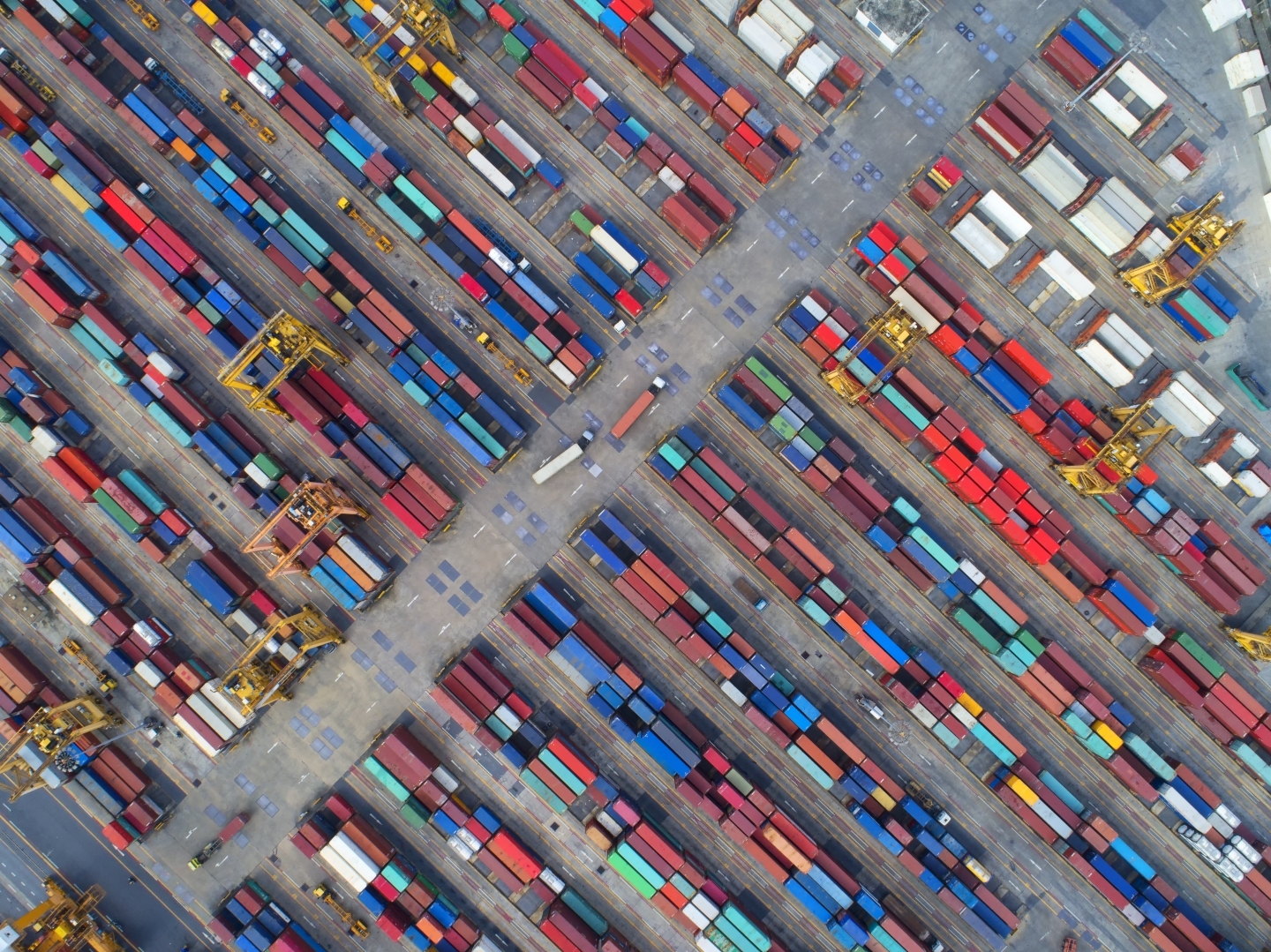 The daily coverage of the renegotiation of the North American Free Trade Agreement (NAFTA) is full of talk about rules of origin and other minutiae, but the core issue remains fairly simple: the president of the United States is obsessed with his country’s trade deficit with Canada and Mexico. And even after six months of talks, he still appears unwilling to settle for anything less than a series of measures that materially narrow the gap.

“This is an administration that is explicitly protectionist. And in many areas, the objective quite explicitly is to shrink the trading relationship,” Canada’s foreign affairs minister, Chrystia Freeland, said at an event hosted by the Council on Foreign Relations in New York on January 31, a couple of days after the latest round of NAFTA negotiations ended in Montreal.

Canada used those talks to introduce what it called a “creative” solution to address Trump’s contention that Canada and Mexico have secured an unfair share of North American automotive production.

The Trump administration wants a new rule that would require car and truck makers to source 50 percent of their components from the United States. The point is to force automakers to import less from Canada and Mexico, thus reducing the trade deficit.

Canada proposed rethinking what goes into an automobile and taking into account other components, from software to the value of research and development. Much of the work on these components is done in places such as Detroit and Silicon Valley. American negotiators were reportedly open to the idea, but Robert Lighthizer, the United States Trade Representative, rejected it. He was uninterested in a proposal that would do little more than rewrite NAFTA’s rules to fit current trade flows.

“We find that the automobile rules of origin idea that was presented, when analyzed, may actually lead to less regional content than we have now and fewer jobs in the United States, Canada, and likely Mexico,” Lighthizer said. “So this is the opposite of what we are trying to do.”

It seems that Canada and Mexico are at a loss over how to bridge their vast philosophical differences with the Trump administration.

It’s true that the United States imports much more than it exports, but that has little to do with trade agreements.

Rather, the propensity of American consumers to spend lots and save little creates an insatiable demand for goods and services from around the world. Trump’s first year in power serves as a case in point. The president spent a lot of time taking credit for the strength of the American economy. He said nothing about how the US trade deficit had widened on his watch.

Bottom line: trade rules influence the flow of goods and services, but they aren’t the root cause of how much an economy imports and exports.

Freeland has made a point of saying that deficits and surpluses have little to do with Canada’s support for freer trade. But she also keeps making the mistake of engaging her US counterpart on the subject. Her latest attempt was embarrassing, and shows why observers are beginning to speculate that talks will drag well into 2018 and perhaps even into 2019.

Largely, Canada’s handling of a hostile trading partner has been admirable. Prime Minister Justin Trudeau has helped encourage a pro-NAFTA constituency in the United States by deploying ministers to rally support among lawmakers, governors and business lobbies. Freeland forged close ties with her Mexican counterpart, resisting the Trump administration’s preference to deal on a bilateral basis. Trudeau joined the Trans-Pacific Partnership, sending a message to Washington that Canada has other options.

But Freeland can’t seem to accept that there is no winning the debate over trade deficits.

In August, when the NAFTA talks began in Washington, she felt the need to point out that the value of imports of Canadian goods and services from the United States was actually greater than those going the other way. Now she’s trapped because Lighthizer refuses to concede the point.

Again, in Montreal, Freeland decided to use her public remarks to reiterate Canada’s position: deficits don’t matter, and even if they did matter, the United States has a surplus with its northern neighbour. This time, she added a twist, using US data to support her contention that trade between the two countries is “balanced.”

But instead of clever, she looked baited. As host, she was slated to speak last, allowing Lighthizer the opportunity to beat his Canadian counterpart at her own game. “Using Canadian statistics, Canada sold the United States $298 billion US dollars in goods in 2016, the last numbers that we have,” Lighthizer said.

“We sold Canada $210 billion dollars in goods,” he continued, adding the difference represented about 5.7 percent of Canada’s GDP. And later: “Now I ask Canadians because we’re in Canada, is it not fair for us to wonder whether this imbalance could in part be caused by the rules of NAFTA? Would Canada not ask this same question if the situation were reversed? So we need to modernize and we need to rebalance.”

Trapped by her prepared remarks, Freeland ended up in a childish tit-for-tat argument with the Trump administration.

“As I have said before, Canada does not consider our trade deficits to be the ultimate arbiter of whether trade is good or bad,” Freeland said. “But it is worth noting that in overall trade — that is, including goods and services — Canada had a trade deficit with the United States of nearly US$8 billion in 2016, out of a total bilateral trade worth US$634.8 billion.”

The disagreement is silly: the US position is based on a calculation that isolates goods, while Canada’s math includes services.

If Freeland truly believes the trade balance is an irrelevant measure, she should stop talking about it. The whole thing annoys Lighthizer, who went on at length about the duelling interpretations of the trade data when he met with American reporters in Montreal.

That’s not necessarily a bad thing; you probably aren’t negotiating hard enough if your opponents are in a good mood. But surely there is a benefit to maintaining a certain rapport with your interlocutors, especially when you are dealing with a handful of men who keep threatening to blow up the foundation of your economy.

Lighthizer complained in Montreal about slow progress. That’s because there is no easy solution when one side wants one thing, and the other wants the exact opposite. Suggestions of a “win-win-win” resolution at the NAFTA renegotiations is happy talk. As long as Trump insists on closing the trade deficit, an end is possible only if Canada and Mexico surrender something of what they have now. In other words, they must agree to lose. 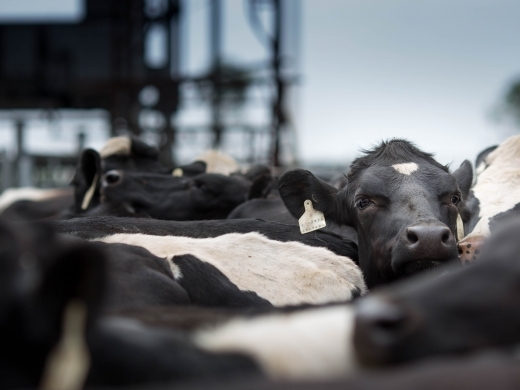 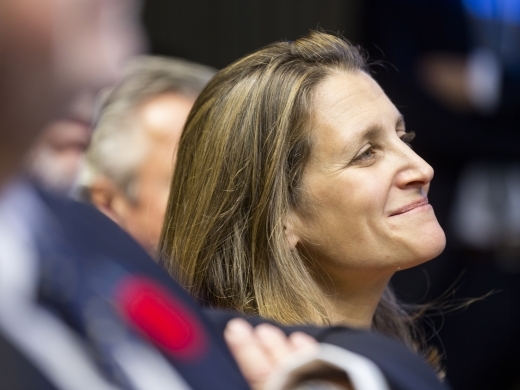