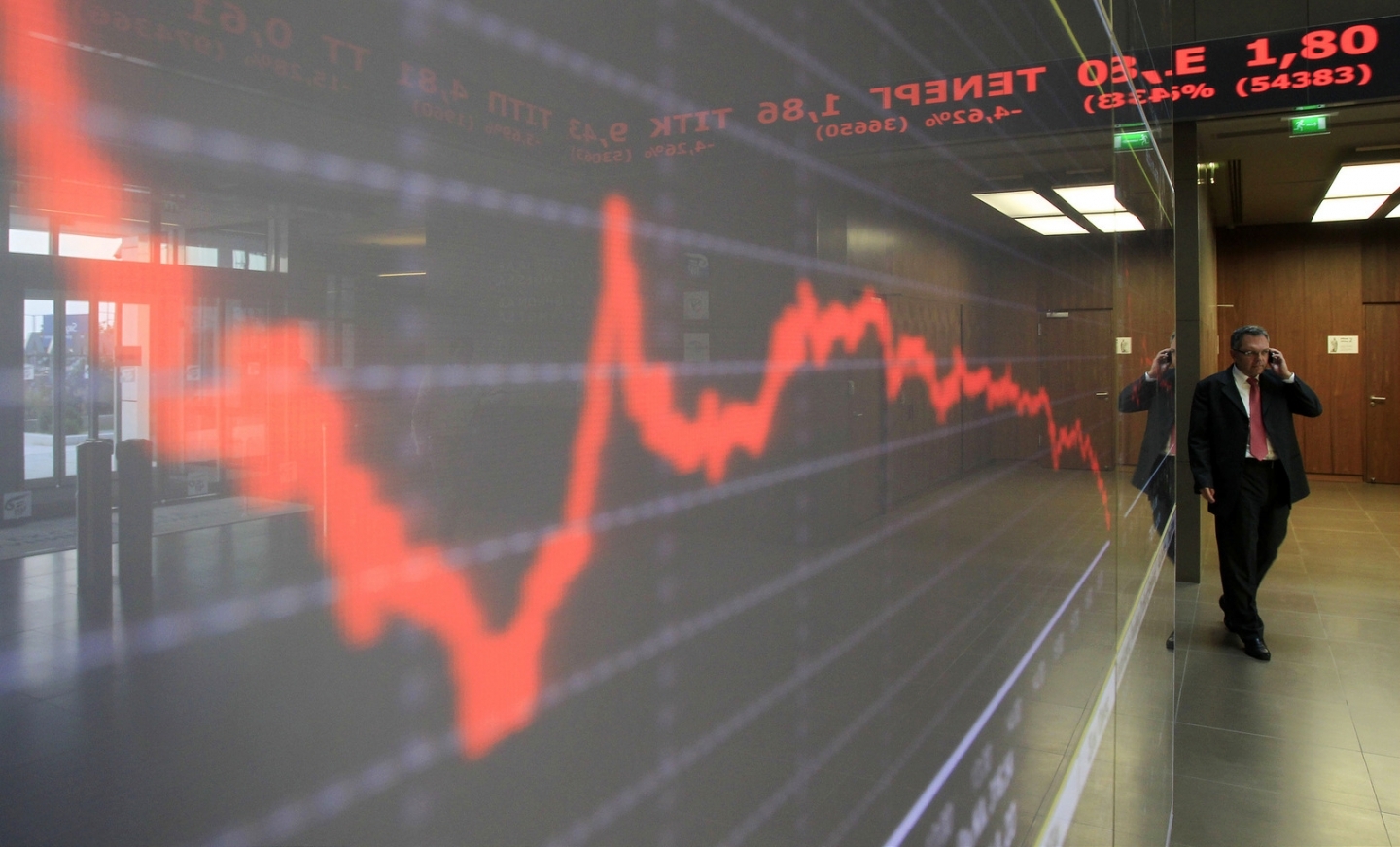 The objective of financial stability policy is unclear. Is it the resilience of the financial system, avoiding the costs of systemic collapse, or managing the credit cycle, containing the costs of resource misallocation and over-indebtedness? This column argues that the answers have serious implications for what can decently be delegated to independent ‘macroprudential authorities’, but have barely been debated in those terms.

The chaos that engulfed the world economy and global financial system in late 2008 met with remarkably similar innovations across countries in central bank macroeconomic policy and banking regulation (Danielsson 2015). But when we look at the architecture of the regulatory system itself, the picture is much more varied: local rather than global. Some countries have introduced new ‘macro-prudential’ regulators covering the system as a whole, while others have stuck with sectoral regulation, sometimes adding new mechanisms for dialogue amongst various specialist agencies.

Part of the explanation surely lies in the diverse incentives and constraints facing particular countries’ legislators. But another possible explanation is ideas: there is nothing approaching a consensus on what a decent institutional architecture for financial stability policy would look like. More worrying, there has not even been much debate about it.

As I argue in a recently published CIGI Financial Essay (Tucker 2016a), the starting point has to be what the purposes and objectives of stability policy should be: stability of what, and how muchstability?1 Without clarity at that level, it is almost impossible to determine how much can decentlybe delegated to central bankers and other unelected regulatory technocrats, and how much should be kept under the day-to-day control of elected politicians. Functions belong with the technocracy only if their performance can be monitored against clear objectives, and provided they are not making big distributional choices.

When the reform programme kicked off, there was no time for such elevated thinking. The rallying cry amongst policymakers was that the world was suffering from a problem of "missing regimes". It wasn't enough, everyone said, to maintain price stability or, in the regulatory sphere, to monitor the soundness of individual intermediaries on an atomistic basis. Instead, we had to remember that the financial system is a system: joined up in all sorts of complex and opaque ways, and woven into the real economy via potent feedback mechanisms. The implicit assumption was that there was just one missing regime, something called ‘macro-prudential policy’, onto which anyone could project their own sense of priorities.

For many, the priority was reducing the probability of the financial system collapsing. We had to avoid the hardship and economic dislocation brought about by an interruption in the supply of essential payments, credit and risk-transfer services. But for others, the focus was to reduce the incidence of credit and asset price booms that distort the allocation of resources and which can lead to an overhang of debt in the household and business sectors. Those are distinct endeavours.

The first, financial-system resilience, is best thought of as how best to preserve a common good in the face of hidden actions amongst both the industry and the authorities. Whereas everyone benefits from price stability and no private agent can easily undermine it, financial system resilience benefits all but can be eroded by the undetected risk choices of intermediaries. The managers of regulated firms have incentives to push risks beyond those reflected in their published ratios. Unregulated firms have incentives to mimic the economic substance of regulated businesses while avoiding their legal form. The common resource of resilience gets eroded through endemic rules arbitrage. No one has yet found a way to incentivise management to reveal the 'true' state of their risk taking; and if the truth is hard to observe, Pigouvian taxes of socially costly activity risk missing their target. The authorities find themselves needing to know about the state of the intermediaries.

But does society want policymakers to go further, seeking to identify and correct every serious distortion arising from the financial system's pathological tendency towards exuberance and imprudence?  If so, should technocrats be free to intervene in markets to correct perceived mispricing, to ban apparently dangerous products, or to prevent every household and firm borrowing on adventurous terms?

I believe that that would leave technocrats making distributional choices that sit more comfortably with politicians and would take them into territory where we wouldn’t know what success and failure looked like. Given the current state of knowledge, independent regulatory authorities should focus on maintaining the resilience of the financial system itself. That is not a retreat from ambition.

Up to a point, the question has been answered, if only implicitly, in the Basel capital standard for banks. But it is not clear whether the same underlying tolerance for crisis is reflected in regulatory regimes for other parts of the financial system. Nor is it clear in many jurisdictions who is charged with ensuring there is broad consistency in stability-policy for different sectors and activities.

A consistent regime would need to be based on the substance of activities and functions rather than their form. No more pretending that when securities dealers finance themselves with client funds that can be withdrawn on demand, they are doing anything other than deposit-taking. No more pretending that money market funds aren't a form of bank. This would be a world where constraints on funding illiquid assets with flighty liabilities applied beyond the businesses that lawyers currently call ‘banks’.

And it would be a world where the beginning and end of public policy was not detailed rules, since they are the meat and drink of regulatory arbitrage. Piling rule upon rule as regulators chase after the latest shape-shifting transformation is doomed to failure. Instead, supervisors need to make adjudicatory judgments about the resilience, prudence and capabilities of intermediaries. The less capable the management team and the more a firm’s structure and activities impede orderly resolution when distressed, the tougher the balance-sheet constraint should be.

In fact, however, we haven't escaped microscopically detailed rule books. Regimes retain a focus on form rather than function; and it not yet clear how authorities will use whatever powers they have to vary regulatory parameters dynamically to maintain the desired degree of system resilience in the face of exuberance.2

There is also little debate about whether, in order to meet the same underlying standard for resilience, intermediaries need stronger balance sheets than otherwise if they are domiciled in jurisdictions with stretched public finances, inflexible product and labour markets, or vulnerable external national balance sheets.

Those matters cannot be side-stepped forever. Nor can the more fundamental issue of whether politicians want to address the remaining ‘missing regimes’. A regime for resilience will not head off booms that create a cumulative debt overhang but do not threaten to bring down the financial ceiling. It will not avoid serious misallocations of resources from relative asset prices being distorted by froth in some markets. Where a country’s banking system comprises branches of foreign banks, it will not give host authorities the capacity to influence credit conditions. It is by no means clear whether those problems are amenable to remedies that would outweigh the costs of abuse or misuse of regulatory power. I also doubt whether a settled position on these issues has been reached in many jurisdictions. But if I am wrong and regulators think they already have mandates for managing the ‘credit cycle’, they need to make clear which of their policies are aimed at resilience and which at heading off distorting booms.

These issues are unavoidably international. Given the internationalization of finance, the problem of financial system stability is, as I stress in my CIGI Financial Essay, a global common resourceproblem. The standard of resilience needs to be shared and jurisdictions need some assurance that it is being met uniformly. If, as seems to be the case, systematic stress testing becomes the public face of prudential supervision, that means that the authorities of one jurisdiction must satisfy themselves that they can rely on the stress testing undertaken by other key jurisdictions. Somehow, they need to be able to monitor each other’s work, observing each other’s stress tests and other supervisory assessments. Moreover, this needs to be managed in ways that are open to public scrutiny. We are beyond the point where the public will trust the reliability of stability policy applied behind closed doors.

Given their dependence upon each other, stability authorities need to create machinery for cooperating and, where necessary, coordinating the use of their new "macroprudential " instruments (Cecchetti et al. 2015). Otherwise, we will live to see an accident when actions taken by one national authority to protect its system from foreign risks trigger the crystallisation of those risks in the foreign countries concerned.

Economists and policymakers spent a good quarter of a century debating and refining ideas and precepts for the design of decent monetary regimes.  The imperative for reform created by the crisis gave no opportunity for such measured debate in the field of financial stability policy. Next time you read a paper about the effectiveness of some "macro prudential instrument" ask whether the implicit or explicit objective is sensible, whether it is widely understood, whether its achievement can be monitored. And then ask how the voting public should decide what we want governments to do in this field.

Author’s note: This column draws on broader forthcoming work on the legitimacy of unelected power, to appear in a book to be published by Princeton University Press.

[1] Some of the material was presented at a conference on “Re-Inventing the Role of Central Banks in Financial Stability” held by the Bank of Canada, CIGI, PIIE and the IMF in Ottawa on 5 and 6 May 2016.