On March 8, the world will mark International Women’s Day. In light of this year’s theme — “gender equality today for a sustainable tomorrow” — it is a sad reality that violence against women and girls, also called gender-based violence, remains a persistent problem in human affairs. One recent example: since the onset of the global COVID-19 pandemic, there has been a dramatic spike in domestic violence, to the point of its being labelled a “shadow pandemic.”

In the digital world, gender-based violence is endemic. Hate and vitriol directed at women, whether they are intimate partners, entertainers and artists, politicians, gamers, journalists or activists, are weaponized as online stalking, doxxing, defamation, violent imagery, deepfakes and other forms of cyber or technology-facilitated gender-based violence (TFGBV). The most common platform for online violence is Facebook, followed in descending order by Instagram, WhatsApp, Snapchat, Twitter and TikTok. Anonymous cyber mobs can amplify attacks and transform them into truly frightening harassment campaigns.

In this article, I argue that violence against women and girls is a form of terrorism. It involves threats of violence that often precede actual violence, either online or offline. It is designed to frighten and intimidate women and, most importantly, to silence them and to drive them from active participation in social, political and economic life. Amnesty International highlights this, referring to Twitter as “a toxic place for women”: “The violence and abuse many women experience on Twitter has a detrimental effect on their right to express themselves equally, freely and without fear. Instead of strengthening women’s voices, the violence and abuse many women experience on the platform leads women to self-censor what they post, limit their interactions, and even drives women off Twitter completely.”

This aspect of violence against women and girls is not always acknowledged. It took 30 years for the 1989 Montreal Massacre to be officially recognized as an attack specifically targeting women, motivated by misogyny and anti-feminism.

A variety of terms have been coined to refer to gender-based violence as a form of terrorism: machista terrorism, intimate terrorism, sexual terrorism. Terrorist groups such as Boko Haram in Nigeria and the so-called Islamic State in Syria and Iraq have used violence against women and girls as a tool of terror and subjugation. Rape has long been a weapon of warfare, but the hypersexualization of Islamist extremism by these terrorist groups has pushed this to an extreme. Much online abuse of women and girls takes on a sexual tone, permeated with threats of violent sexual assault.

In the digital world, abusive treatment can take on a life of its own…via algorithms that push abusive posts, “outings” or disinformation to the top of search engine results.

Domestic violence has been likened to hostage-taking and terrorism, including degradation rituals imposed on prisoners of war, imprisoned convicts, hostages, kidnap victims or residents of “total institutions” such as concentration camps. In my work on torture, I have found similar parallels between the domestic, private realm and the political, public realm, and between reigns of terror by torture regimes and reigns of terror by wife batterers and perpetrators of domestic violence. While such abusive treatment usually ends when a prisoner is freed, in the digital world, abusive treatment can take on a life of its own, outliving the temporal confines of particular attacks via algorithms that push abusive posts, “outings” or disinformation to the top of search engine results.

Other researchers have also connected domestic violence and global terrorism, distinguishing between “everyday” and “geopolitical” terrorism. This blurring of the public and private domain is highlighted by Ann Jones, when she observes: “The violence of war does not end, even when peace is declared. Often it merely recedes from public to private life.” Many soldiers returning from war resort to spousal and child abuse as a way of coping with the trauma they continue to suffer long after combat has ended.

Violence against women and girls is often driven by patriarchal ideology. The online movement known as Incel, a contraction of the term “involuntarily celibate,” is an example. Many terrorist experts now recognize violent attacks inspired by this movement as a new form of terrorism. Research has shown that misogyny and sexism have drawn more people to the alt-right and white supremacy movements than racism, although racism definitely permeates Incel online fora as well. Without the internet and its “echo-chamber dynamics,” the Incel movement would likely not exist.

Domestic violence is often a precursor of violent extremism and terrorism, including mass shootings.

The World Health Organization lists examples of social and cultural norms, beliefs and values found to be associated with violence against women and girls:

The policing of gender roles and the controlling of how women and girls, as well as men and boys, comport themselves in society can involve violence against those who deviate from traditional conceptions of male and female behaviour. This is why members of the LGBTQ+ community are often targets of such violence. Control and power are central to understanding the use of threat and violence against particular targets. The unifying concept is a pattern of controlling behaviours that, when established and institutionalized, often obviates the need for continued violence. The cellphone, which helps people keep in constant touch through texts, emails and calls, has become a favoured tool of abusers to control every aspect of their partners’ lives.

Domestic violence is often a precursor of violent extremism and terrorism, including mass shootings. While the 2018 Toronto van attack was not recognized as terrorism, it was motivated by Incel ideology and misogyny. The 2020 mass shooting in Nova Scotia was preceded by a violent attack against the perpetrator’s domestic partner. The 2016 Orlando shooter had a history of domestic violence. A recent study of gender and global security demonstrates convincingly that how a nation treats its women and girls determines the level of violence it experiences, both domestically and internationally.

Terrorism, the Media and Technological Facilitation

In my research on terrorism and counterterrorism, the role of the media emerged as an important factor in amplifying the effects of terrorism through sensationalistic reporting on terrorist events at the expense of their context, as well as in swaying public opinion in favour of harsh government responses through a politics of fear and loathing. For terrorists, the media is a double-edged sword. On the one hand, media coverage can provide attention and recognition through spectacular incidents such as hijackings, hostage sieges or bombings in public places. Al-Qaeda and the Islamic State used the internet and social media to great effect by posting gruesome videos of beheadings or public executions — attracting global attention and spreading their message of terror and hate far and wide.

On the other hand, media coverage tends to focus on the violence and victimization of the terrorist act, downplaying or completely ignoring terrorist justifications for committing their atrocious acts. This denies the terrorists the legitimacy they seek. Favoured media sources for reporting on terrorist events include victims or witnesses who provide eyewitness reports that also highlight violence and victimization, as well as public officials and authorities, such as the police, whose statements reinforce the delegitimization of the terrorists and their cause. This hegemonic function of the media privileges official perspectives and dominant political, social and cultural norms and values.

Digital technology and the rise of cable news, narrowcasting and a plethora of social media platforms have altered these dynamics. Fragmentation of communication channels has undermined media hegemony by facilitating the emergence of tightly knit bubbles of dis/misinformation, creating parallel, self-sealing realities, with their “alternative facts.” Algorithms monetize attention, rewarding clicks and likes with similar content, feeding users with simplistic solutions for their worst nightmares, including violence against perceived enemies. The very virtues of the internet — anonymity, which allows people to express themselves more honestly, and networked tools such as email, blogs, message boards or online fora that enable the widespread dispersal and sharing of knowledge — also facilitate the rapid dissemination of hate, abuse and even violence.

Fear, too, is a double-edged sword. It can be a useful tool of governance to marshall public support for law-and-order policies or hard-power approaches to counterterrorism or foreign affairs. But it can also create moral panics that target “deviants” or “others.” Whether in the home or in the homeland, fear is a common tool of social control. Just as digital communication technology has undermined the hegemonic function of the mass media and the authoritative voices it favours, so has it fragmented the use of fear. Mass fear has become curated, tailored fear. Hostile beliefs toward women, gays, immigrants or racial/ethnic minorities have been amplified and weaponized online, often leading to offline violence.

There is a long history of technological innovation impacting significantly on human affairs. Human communication is no exception: Writing, printing and hypermedia all have had a transformational impact on social, political and economic life, including war, terrorism, violent extremism and radicalization. Digital technology has greatly facilitated terrorist recruitment, propaganda dissemination, fundraising, and cooperation and coordination among groups. Anonymity and encryption, instantaneous and global reach, easy access and ease of use have all contributed to an explosive rise in the use of the internet and social media for nefarious purposes. This is true of gender-based violence as well. Even the rapidly evolving Internet of Things has become a vehicle for TFGBV.

The French have a saying: Plus ça change, plus c’est la même chose — the more things change, the more they stay the same. Despite changing conditions and situations, the same structural patterns tend to persist, even if they manifest themselves in different ways across space and time. While the players may change or the threats may be different, the social, cultural, economic and political structures within which daily life is lived remain basically the same. This is also true for violence, misogyny, racism, homophobia, transphobia, and the use of fear and loathing by state and non-state actors to control those seen as deviant, dangerous or immoral. All of these problems have moved online, into our electronic devices and onto our favourite digital platforms, finding new contexts and ways in which to perpetrate violence, harassment and hate. It is incumbent upon all of us to face the challenges that TFGBV presents and to come up with solutions that recognize their complexity.

Ronald Crelinsten has been studying the problem of combatting terrorism in liberal democracies for almost 50 years. His main research focus is on terrorism, violent extremism and radicalization and how to counter them effectively without endangering democratic principles. 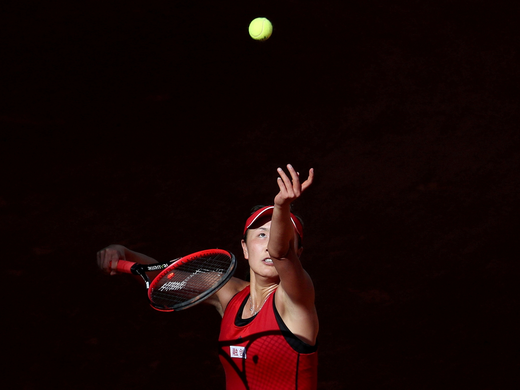 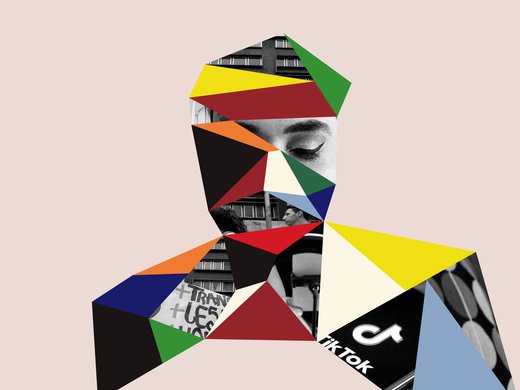 Education Is Key in the Fight against Cyber Harassment