Since the election of US President Donald Trump, a predictable, yet uncomfortable, rhythm has emerged in negotiations over the future of the North American Free Trade Agreement (NAFTA). The White House denounced the 23-year-old treaty as unfair to the United States, either in general or in some specific way, spurring negotiators from Canada and Mexico to engage in damage control and frenzied contingency planning. A fresh round of talks ensued, ending not with decisions, but promises of further discussions.  This week, trade representatives from the United States, Canada, and Mexico are meeting in Mexico City to continue the seventh round of NAFTA negotiations, while businesses and NAFTA workers under HB-1 visas sit tight wondering how the outcome may affect them. One agenda item that is likely not to change substantially whether NAFTA is renegotiated or scrapped is patent law.

Current plans are to complete negotiations by March 2018 to minimize inflaming nationalist sentiments as Mexico prepares for contentious summer national elections. Just before these meetings convened, Trump remarked sphinx-like that, “NAFTA is moving along pretty well. I happen to be of the opinion that if it doesn’t work out, we’ll terminate it.” However, despite considerable uncertainty surrounding the future of trade among the “Three Amigos,” patent law promises to remain relatively stable.

One of the stated goals of the Trump Administration is to ensure that US standards of patent-eligibility are followed in all three NAFTA member countries. Though generally unstated, one of important goals in trade negotiations, from the Comprehensive and Progressive Agreement for Trans-Pacific Partnership (CPTPP) to NAFTA modernization, has been to broaden patentable subject matter, particularly in technological fields such as biotechnology in which the United States is a world leader. However, there is a substantial irony associated with the goal of reducing restrictions on patentable inventions.

A recent trio of decisions have witnessed the US Supreme Court decrease protection for inventions across several key technological fields. Beginning with their 2012 Mayo Collaborative Services v. Prometheus Laboratories decision, the Court reined in the patent-eligibility of medical methods of diagnosis and therapy. In 2013, their AMP v. Myriad Genetics decision curtailed the patentability of DNA sequences isolated or purified from natural sources. Then, the 2014 Alice v. CLS Bank International decision erected substantial barriers to patenting computer software.

Far from maintaining expansive patent-eligibility standards, the United States has experienced an erosion of patent-eligibility for inventions in several important areas of technology, leading to a convergence with the “lower” standards Canada and Mexico have been accused of maintaining.  In addition to patentable subject matter, the US Supreme Court has also recently made it easier for patent claims to be found invalid for indefiniteness (Nautilus v. Biosig Instruments) and harder for defendants to be liable for indirect infringement (Limelight Networks v. Akamai Technologies). Add to this the high rate at which patent claims have recently been invalidated in Inter Partes Reviews by the US Patent Trial and Appeal Board (PTAB), and the myth of a uniquely pro-patentee US patent system evaporates.

A particular trade irritant for the United States has been different standards of assessing whether an invention possesses sufficient usefulness, or “utility,” to warrant a patent. Over the years, Canadian patent law elaborated a doctrine called “promise of the patent.” This legal requirement has no exact equivalent in US patent law, leading to accusations by US companies that the difficulty of meeting it unjustifiably discriminated against them. Regardless of the truth of this claim, the Supreme Court of Canada ruled in the AstraZeneca Canada v. Apotex case in June 2017, that Canadian patent law did not have such a requirement after all.

At the time of its implementation, the NAFTA treaty required its member countries to offer and enforce strong patent rights. A year later, on January 1, 1995, the World Trade Organization Trade-Related Aspects of Intellectual Property Rights (TRIPS) agreement adopted much of the NAFTA approach to patents. In fact, the NAFTA IP provisions and TRIPS are very similar.  Despite the Trump Administration’s open antipathy to NAFTA, it has actually called on “accelerated and full implementation” of the TRIPS agreement. If the United States were, indeed, to leave the NAFTA treaty, the provisions of TRIPS would be likely to remain in force, leaving the patent legal regime both within the United States and between trading partners like Canada and Mexico largely intact. In addition, all three trading partners are knit into a web of even older international patent treaties, notably the Paris Convention for the Protection of Industrial Property and the Patent Cooperation Treaty, none of which have raised the ire of the White House.

Canada and Mexico acquired even more patent insurance on January 23, 2017, when Canada agreed to join 10 other countries, including Mexico, in an updated TPP (now renamed the Comprehensive and Progressive Trans-Pacific Partnership) that will create a massive new free trade area encompassing almost 500 million people. The end of NAFTA would surely bring confusion and discombobulation to many aspects of North American trade, yet patent rights regimes would be sheltered from these storms by other surviving and newly-emerging international patent and trade treaties.

There is no escaping the fact that, were the United States to leave NAFTA, the economic chaos and dislocation visited upon Canada and Mexico would be serious and damaging to citizens, companies, and governments. Nevertheless, it is likely that the patent regimes and relationships that currently operate throughout North America will continue to operate much as they have before. Of the several agreements that govern patent rights, NAFTA is but one. Furthermore, the patent provisions of NAFTA generally occur redundantly in other treaties, such as TRIPS. This may be cold comfort for most people on most issues affected by NAFTA. Yet, for those who do rely on the patent system to deliver new, better, and more exciting technologies, like gene editing, autonomous vehicles, machine learning, big data analytics, and blockchain, it may be a valuable consolation to know that the end of NAFTA will not be the end of patent rights. 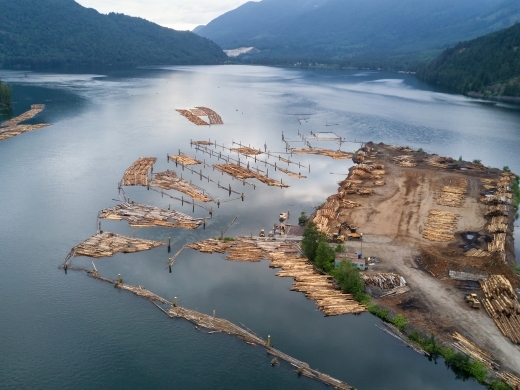