Perspective on the US-Canada Statement on the Arctic

Canada's challenge on the Arctic: educating the Trump administration without being too smug about it 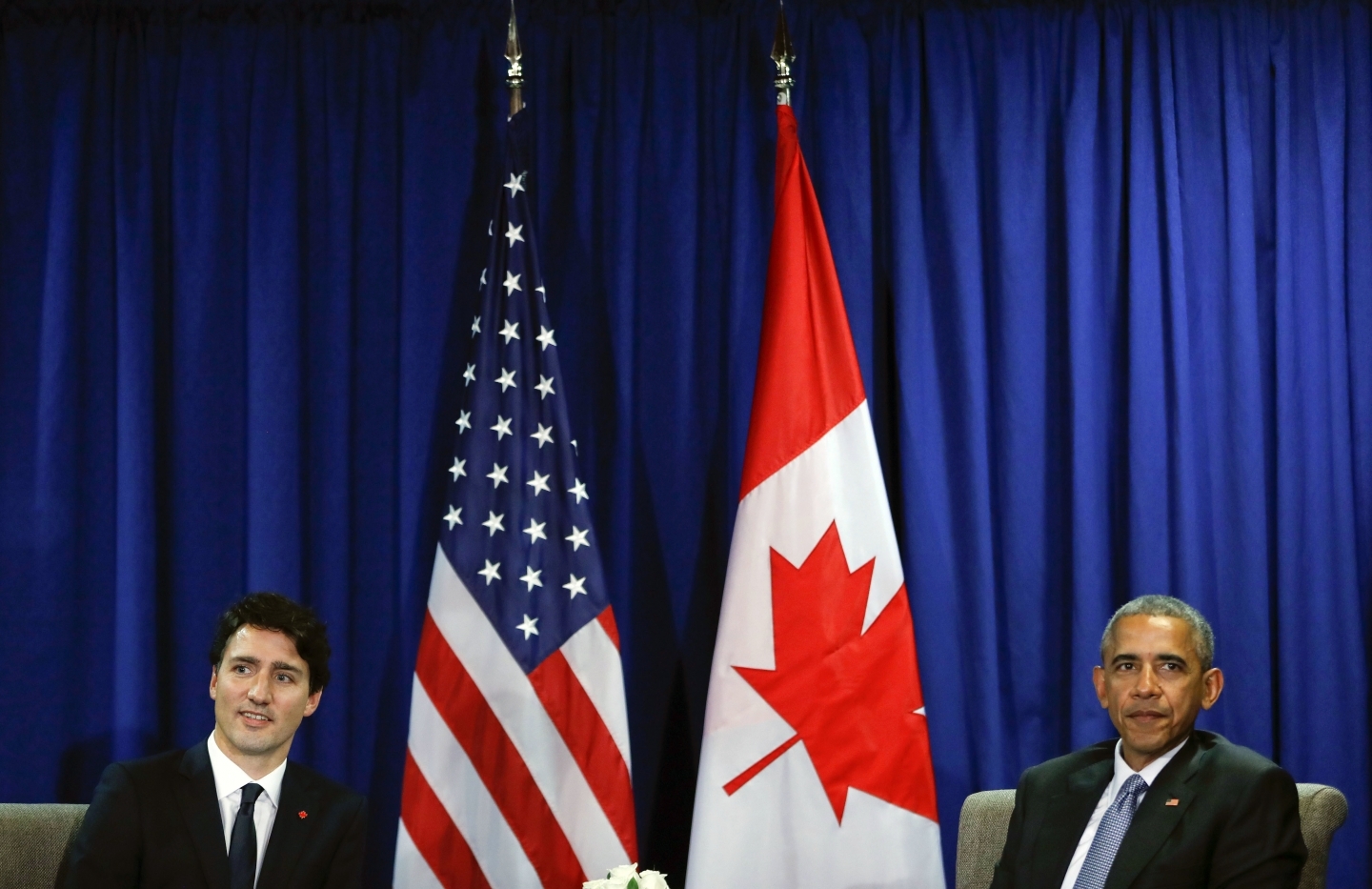 Canadian Cooperation with the United States in the Arctic – on issues ranging from military security to economic development to the role of indigenous peoples to joint scientific research – is a historic Canadian asset and interest.

Obama deserves credit as the first US president to mobilize dozens of U.S.federal agencies to focus on the Arctic and Alaska, in particular from a global and North American perspective – a course the White House drove over the last three years. It did so while chairing the Arctic Council since April 2015.

The joint statement marked Obama’s final push to use his executive powers to lock his legacy of Arctic climate change, environmental and sustainable development into law, but unfortunately without the backing of Congress or the new president-elect.

After an understandably slow start in finding its own voice on the Arctic, the new Trudeau government worked out a partnership focused largely on environmental issues with the Obama administration, from the March 2016 announcement up to the December joint statement.

Banning Arctic offshore oil and gas activity in US and Canadian Arctic waters was the headline, of course: a powerful symbolic act welcomed by environmental activists and much of the public in both countries.

Although this red light against Arctic offshore exploration and extraction will have little immediate effect because of low oil prices, the decision is a bold signal that the North American Arctic Ocean is not open for business as usual.

This perspective is controversial in both countries. The American closure was harshly criticized by the Republicans in Congress, especially Alaska’s senior senator, Lisa Murkowski, chair of the Senate’s natural resources and energy committee, and by the Alaska governor, Bill Walker. In Canada, the premiers of all three northern territories have expressed varying levels of concern at the measures – in particular complaining about not having been consulted.

A key element of the statement was the Canadian government’s commitment to develop a new Arctic policy framework, in cooperation with territorial, indigenous and other stakeholders, to replace Canada’s northern strategy and Arctic foreign policy – a welcome integration and a positive step given changing Arctic conditions. The role of the Inuit will be given special weight in this effort.

The new policy framework will incorporate broad Canadian Arctic community development goals, as suggested by Mary Simon, special representative to the Minister of Indigenous and Northern Affairs. These will include education, infrastructure and economic development. Efforts will be made to reduce the reliance of northern communities on diesel fuel to produce their electricity.

In a forward-leaning section responding to rapid melting in the Arctic Ocean, both governments announced closer practical cooperation between their coast guards and other agencies in developing safer, operationally consistent and environmentally sensitive Arctic marine corridors and shipping regimes. Given increased Arctic shipping crossing North American maritime territories and boundaries, this is a welcome and long overdue plan.

The joint statement also announced the launch of a marine training program for northerners, a valuable initiative from a jobs and economic development perspective, taking advantage of one of the few opportunities created by global warming. These ideas reflect in part the recommendations of the wide-ranging transport policy review by former Canadian cabinet minister David Emerson.

The joint statement also promised intensified international cooperation on controlling and regulating future fisheries in the Arctic high seas beyond national jurisdiction as the melting of the ice cap continues – an important diplomatic initiative of the Arctic coastal states, including Canada.

Unfortunately, the momentum of these historic bilateral Arctic understandings will be slowed by the results of the November election, at least on the American side.

President-elect Trump’s appointments and statements show he means to sharply reverse Obama’s policies on climate change, environment and international investment and trade flows. A reversal of the oil and gas ban and of other restrictions on resource development in Alaska is possible.

As a continental neighbor moving in the opposite direction on several policy fronts, namely environmental issues, Canada is vulnerable to collateral damage from American measures – particularly in the form of reduced access to its No.1 trade partner. The president has wide executive powers to act independently in these areas.

The next few months will be particularly important as the Trump administration develops and reveals its Arctic policies. It will pass the Arctic Council chair to Finland in May in Alaska, and will have a chance to indicate the priority it attaches to Arctic multilateralism. It will be a positive beginning if the new secretary of state participates constructively.

By then, the administration will have started to implement its “America First” policies on trade, investment and energy and it will be possible to assess their impact on Canadian Arctic investment and development, and consider possible responses from Ottawa.

The challenge for Canada over the coming months will be to educate the Trump administration that it needs continued strong partnership with Canada on North American Arctic issues of common interest because of the region’s size, location, resource potential, history of partnership and shared values.

Canada should also press the benefits to the U.S. of multilateral forums like the Arctic Council with its path-breaking incorporation of indigenous views.

Canada’s new beginning will come through the development of a comprehensive and balanced Arctic policy framework. It should develop and project a forceful, balanced and generously financed “Made in Canada” Arctic policy, while working as closely as possible with the new Trump administration without smug or provocative rhetoric.

The Canadian government should attempt to preserve as much as possible of the spirit and achievements of the December joint statement, especially leader-level bilateral dialogue on the future of the North American Arctic.

The warm relations between Alaska and Canada’s three Arctic territories and their northern peoples will be an important bridge in threading this diplomatic needle, especially if federal relations enter a cool period for other reasons.

Arctic
Oceans
Canada's Influence on the Law of the Sea