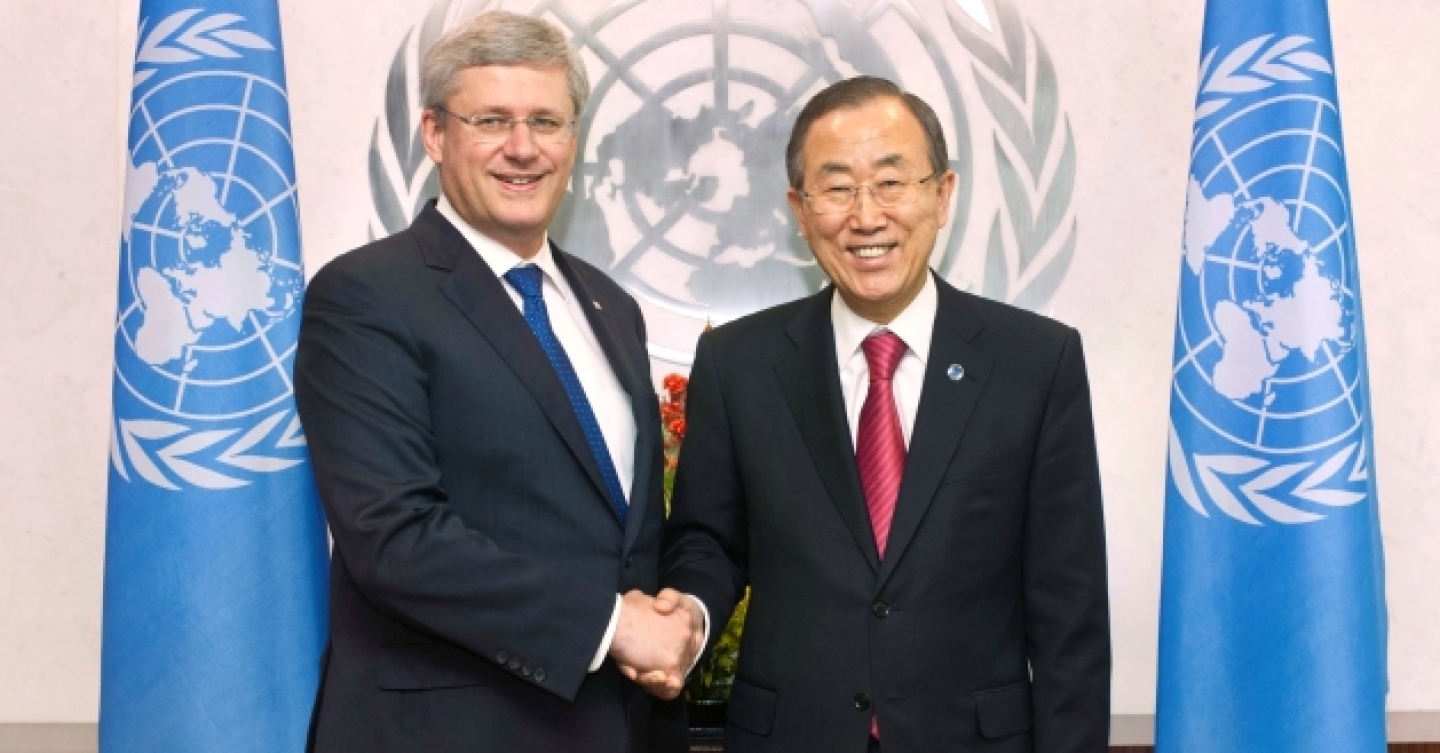 This week, Canadian Prime Minister Stephen Harper will address the United Nations (UN) General Assembly. We speak to CIGI experts Fen Osler Hampson and John Ibbitson for insight on why Mr. Harper has decided to address this audience for the first time since 2010.

CIGI: Two week ago the Office of the Prime Minister confirmed that Mr. Harper will address the UN next week in New York. What is motivating the decision for him, and not a designate such as Foreign Minister John Baird, to speak?

Fen Osler Hampson:  It is fair to say that heads of government do not speak every year at the opening of the UN General Assembly. That he is returning after several years is not abnormal. However, given that we will be in an election next year, it is probably fair to say that the prime minister sees this as an opportunity to outline his views on the major security challenges that we face in the world today. It will be an opportunity to discuss what role he sees for the UN to play in dealing with those current and emerging security challenges. And it will be an opportunity to send a strong message to critics that his government is not turning it's back on the UN. Canada is still the seventh largest contributer to the UN's operating budget.

John Ibbitson: We have gone through the trough of Canada’s rejection from the UN Security Council seat in 2012, so we are back to a state of relations where Mr. Harper feels he can address the UN General Assembly without shaking his fist at it. And yes, it is an election year. Everyone who stands before the General Assembly is mostly talking to a home audience and it will be no less true for the prime minister. Especially on questions pertaining to the Israeli incursion into Gaza and the struggle in Ukraine, Canada has taken a more assertive stance than any of its allies — including the United States. So I think Mr. Harper wants to use this forum as a bully pulpit to confront what he will say is the moral relativism of too many nations in the face of evil, as he defines it. He will also want to assert — both to the international community and the Canadian electorate — that his Conservative government is doing everything within its power in support of freedom, democracy and human rights, short of committing troops to combat.

CIGI: What issues do you think Mr. Harper will address?

Hampson: We can expect the prime minister to speak about the need for a deadlocked UN Security Council to step up to the plate. He will also likely address issues of Islamic extremism in the Middle East and Canada's support for democracy and human rights. He will also probably say something about Canada’s continued strong support for Israel, which is often heavily criticized by many countries in the UN. This will be a speech about good and evil in the world and not tinged with shades of diplomatic grey. That is the prime minister’s style. Typically when foreign leaders give their address to the UN it is generally to an empty hall. It is certainly not filled with foreign leaders — at best, permanent representatives or invitees of the country in question sit in the visitor’s gallery. When leaders speak it is largely to a domestic audience, unless it is the US president or Russian president, for example, who commands wider global attention. As we stand on the cusp of an election year, Mr. Harper's message will be targeted to a Canadian audience.

CIGI: Why is foreign policy becoming a big issue for the 2015 election compared to other recent federal campaigns?

Ibbitson: It is partly because of the times we live in. Ukraine, the Middle East and other hot spots point to a peak in post-Cold War tensions. So foreign affairs is top of mind for Canadians, perhaps in a way that it has not been in some time. Second, Mr. Harper has been determined to reorient Canadian foreign policy away from, what I called in The Big Break, the Laurentiant Consensus and towards a more populist-Conservative approach to world affairs.  That means breaking from many of our old multilateral commitments — Canada as a joiner of all the right clubs, a peacekeeper, a helpful fixer, an honest broker — and towards a more assertive, values driven and Conservative foreign policy. And finally, it reflects the changing demographics of our country. We have always been a nation of diasporas, but as we have been taking in many more immigrants since the turn of the century, we are changing to be more Asian and Pacific.