The Privatization of Migration Control Increasingly, private companies are setting the migration control agenda. Whether through the automation of immigration and refugee applications, “lie detectors” powered by artificial intelligence (AI) at borders or the drone surveillance of refugee boats, the private sector is an integral player in the management of migration. States and government departments over-rely on private actors to develop and deploy technologies used to control migration. As a result, government liability and accountability get watered down and shifted to the private sector. People on the move get caught in the middle, leading to grave human rights abuses and infringements on fundamental freedoms. As recent research by European Digital Rights (EDRi) suggests, the opaque, private technologies deployed at border zones to control migration desperately need to be regulated.

Drone Surveillance of People on the Move

Private companies have long played a central role in surveillance, but today, they’re making inroads into migration control. For example, Privacy International reported that the Israeli company Cellebrite, a surveillance firm marketing itself as the “global leader in digital intelligence,” is advertising its devices used to extract data from mobile extraction devices toward a new target: authorities interrogating people seeking asylum. The Israeli arms company Elbit Systems has been contracted by the US Border Patrol to put Native American reservations along the Arizona border under constant surveillance, including surveillance cameras and drones. This technology was first rolled out in the surveillance sensors for Israel’s separation barrier through the West Bank, a barrier the International Court of Justice ruled to be illegal 15 years ago but still stands today. The Observer and Statewatch also uncovered three contracts to track migrant boats reaching the shores of Europe between Elbit Systems, the European Union’s Frontex (the border and coast guard agency) and the European Maritime Safety Agency that total $115 million. 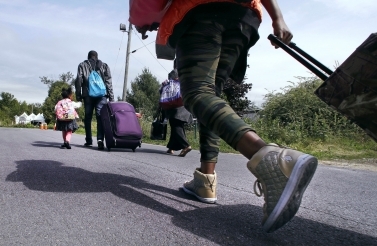 While “smart border” technologies have been called a more humane alternative to the Trump administration’s physical wall, using new surveillance technologies along the US-Mexico border has more than tripled migrant deaths and pushed migration routes toward more dangerous terrains through the Arizona desert. This toll echoes the rising deaths in the Mediterranean as more migrant boats are intercepted before reaching the shores of Europe. The European Union is also increasingly pushing its borders beyond the physical corridor of the Mediterranean through its border externalization policies, employing various actors in North and Sub-Saharan Africa through private contracts to keep migrants from reaching the shores of Europe.

AI Lie Detectors at the Border

Automating immigration decisions also requires buy-in from the private sector. For example, in the European Union, the dubious iBorderCtrl AI-powered “lie detectors,” based on so-called micro gestures that supposedly signal whether a person is lying or not, have been piloted at border points in Hungary, Latvia and Greece. The technology has been debunked as providing inaccurate and discriminatory results, yet the appetite for such programs remains. Even Canada has dabbled in a similar border-screening “emotion-recognition” project called AVATAR; the government is currently testing it in a laboratory setting without clear indications of where it plans to take it next.

Pushing Back against Tech Giants

Various private sector interventions in migration have come under fire, sometimes by the companies’ own workforce. For example, Amazon workers demanded that the company cut its ties with Palantir Technologies over its use of facial recognition technology to support the detention and deportation programs run by the US Immigration and Customs Enforcement (ICE) and the Department of Homeland Security, which Amazon workers have decried as an “immoral U.S. policy,” and part of “the U.S.’s increasingly inhumane treatment of refugees and immigrants.” Microsoft employees have also taken a stand against the use of private sector technology to facilitate abuses conducted by the US government, calling on CEO Satya Nadella to cancel Microsoft’s $19.4 million contract with ICE, as well as contracts with clients directly related to ICE. Civil society has also been pushing back. Groups such as Mijente have launched initiatives such as the No Tech for Tyrants and No Tech for ICE campaigns. 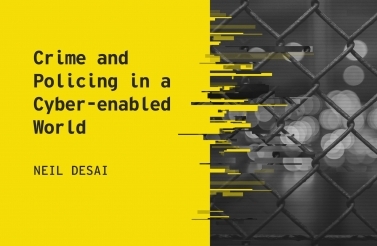 Watch
VIDEO: Crime and Policing in a Cyber-enabled World

Canada is not immune to the appeal of outsourcing technologies for border control and surveillance. In fact, the government received criticism for partnering with Palantir on a variety of projects, including working with the Calgary Police Department to integrate their databases and the Canadian Department of National Defence to provide data analytics software for the Canadian Forces Special Operations Command. Internationally, Palantir partnered with the United Nations’ World Food Programme and now has access to the data of over 90 million humanitarian aid recipients. While the World Food Programme call this partnership a way to “help transform global humanitarian delivery,” concerns over unauthorized use of data remain and it is not clear what role Palantir will actually play in the humanitarian space.

Human Rights Responsibilities in the Era of Privatization

Private sector businesses have an independent responsibility to ensure that the technologies they develop do not violate international human rights. Emerging technologies raise complex legal and ethical issues for businesses and engineers alike. Private actors engaged in the development and sale of new technologies for migration control cannot turn a blind eye to how these technologies will ultimately be used, or to their potential threat to human rights.

A lack of technical capacity within government can lead to a potentially inappropriate reliance on the private sector. Adopting emerging and complex tools at the bleeding edge of scientific development without first analysing their necessity, proportionality, and impact on fundamental rights while lacking at the same time in-house talent capable of understanding, evaluating and managing these technologies is irresponsible from not only an engineering perspective, but also a legal and ethical one. In the case of automated decision systems that impact individuals’ immigration or refugee status, error and system failure also pose a threat to human rights. The impacted rights can be extensive, including the right to life, liberty and security of the person, freedom from discrimination, freedom of association, privacy rights, and various due process rights, all of which are fundamental and internationally protected.

More context-specific oversight and regulation are urgently needed, and these policies must recognize the unique vulnerabilities that exist for people who are crossing borders, seeking humanitarian assistance or asking for refugee protection. Otherwise, people on the move remain unconsenting subjects in an unregulated laboratory of high-risk experiments, with nothing less than their lives at stake. 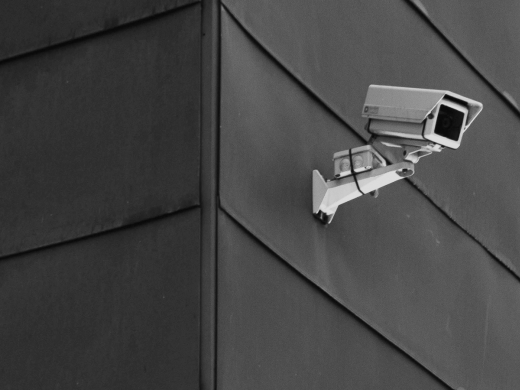 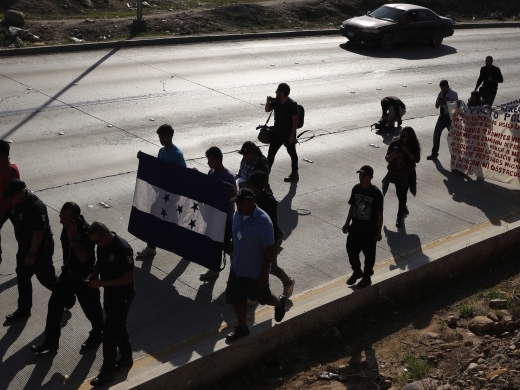 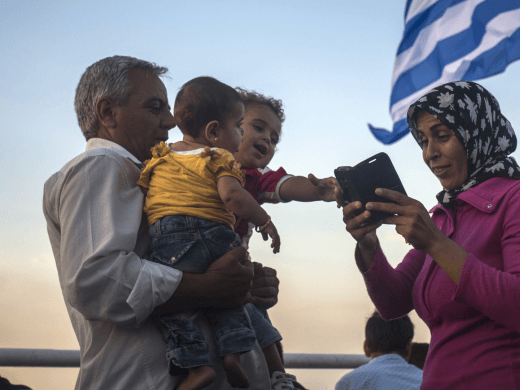