The Renewal of Europe’s Centre?

May, Macron and Merkel are building a new type of politics to fill gap left by decline of traditional political parties 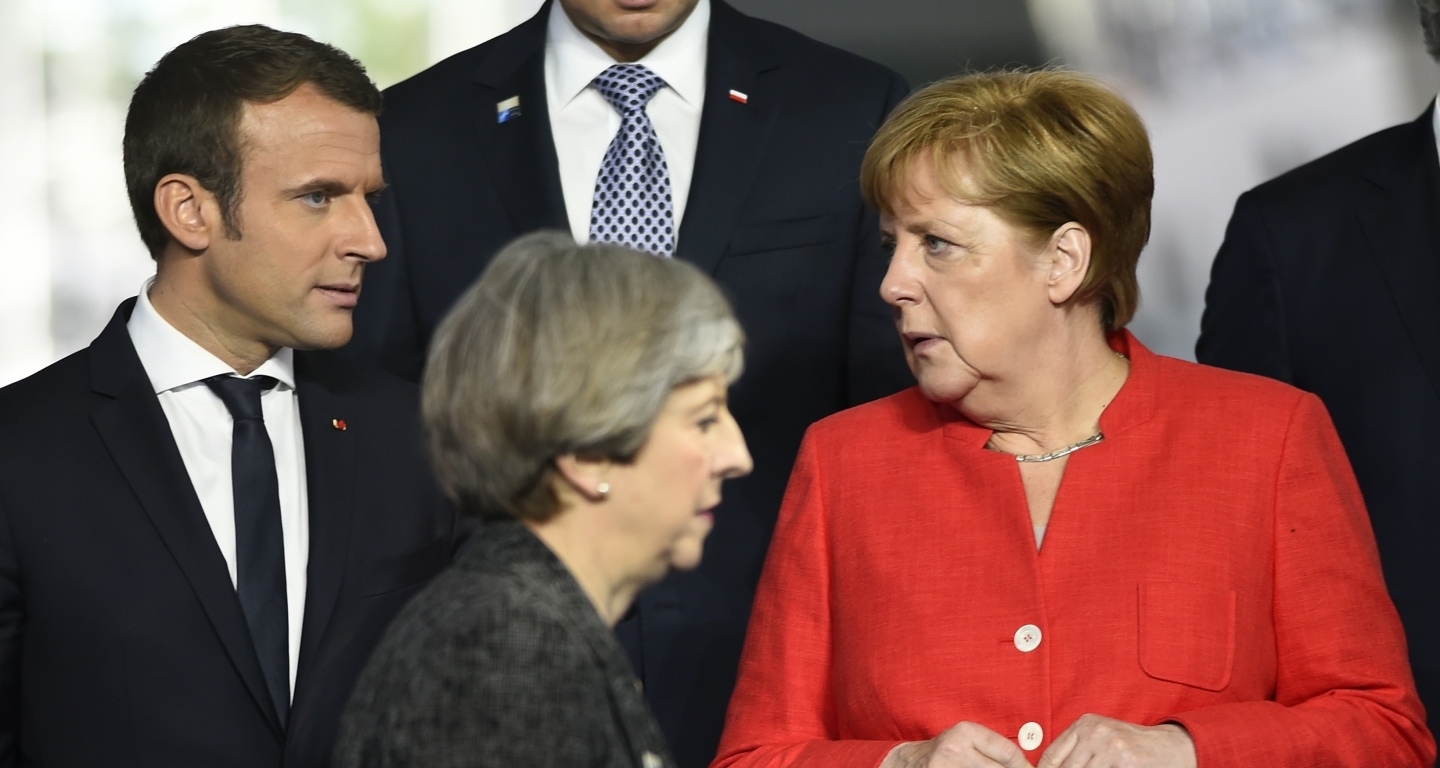 PRINCETON – British Prime Minister Theresa May, French President Emmanuel Macron, and German Chancellor Angela Merkel are different in many ways. May unexpectedly assumed her position last year after the Brexit vote, when her predecessor, David Cameron, resigned. Macron has even less experience: the presidency, which he just took over last month, is his first-ever elected position. Meanwhile, Merkel has served as chancellor since 2005 (and a parliamentarian since 1991), making her Europe’s longest-serving head of government.

But these three European leaders also have a lot in common. They are all in a relatively strong position domestically. Indeed, May and Merkel both appear likely to win their countries’ general elections this week and in September, respectively, and Macron secured a decisive victory in France. More important, they are all building a new type of politics to fill the gap left by the decline in traditional political parties’ influence.

The new political paradigm is founded on a kind of centrist populism, which blends support for globalization with a healthy dose of social protection and a generous pinch of patriotism. And it is highly personal. May is unambiguously the key attraction in the British election, and her divided Conservative Party is now downplaying the party label. Merkel, too, has become the central figure in a changing Christian Democratic Union party, which lacks alternative leaders. Macron created his own party.

This particular political revolution has been largely missed by commentators, who have tended to misinterpret the weakness of traditional parties, particularly those of the center left, as a fundamental threat to democracy. The rise of right-wing and illiberal populism in almost every major industrial country over the last year has reinforced this perception.

But the right-wing populist tide may now be on its way out, having proven less contagious and less easily internationalized than many expected. The explanation probably lies partly in the United States’ experience since electing Donald Trump as its president – an experience that Europeans seem to have little interest in emulating.

In fact, Europe’s Trump-supporting nationalists, Geert Wilders in the Netherlands and Marine Le Pen in France, attracted far fewer votes than opinion polls anticipated. This suggests that Europeans are not eager to go to political extremes so much as they are frustrated with a particular mode of political behavior.

In the second half of the twentieth century, a stable pattern emerged in most developed countries, with power alternating between center-right and center-left parties. The parties may have looked like bitter rivals, but they resembled each other in that they did not appeal to extremes, but fought for the political center. Their tax policies, for example, involved some redistribution, but nothing too radical in either direction.

By the 1990s, however, that dynamic was strained by the impact of globalization and voters’ fear of job losses to cheaper labor abroad. In response to the challenges raised by greater economic openness, center-left parties linked globalization with liberal stances on social issues.

But that updated form of social democracy – called “New Labour” in the United Kingdom – had little to offer center-left parties’ traditional core voters, who began to look for alternatives, just as some of their center-right counterparts did. Yet they were not, it now seems clear, necessarily seeking a radical approach. After all, when offered a new version of moderate politics, many embraced it.

The new centrist political mix harkens back to the days before hyper-globalization. Indeed, as May, Merkel, and Macron remake politics in their respective countries, they are all standing firmly on national tradition.

Macron represents a different tradition, deeply embedded in the French national psyche but largely lost in recent presidencies. He focuses on France’s tradition as a modern and dynamic country with high-quality engineering schools and prestige infrastructure projects. The French president he most closely resembles is Valéry Giscard d’Estaing, who also tried to style himself not as a Gaullist, but as a modernizer who would (literally) speed up the national anthem.

Merkel is traditional in a characteristically German way: she deliberately emphasizes pragmatic action over ideology. She is most like Giscard’s counterpart among German chancellors, the social democrat Helmut Schmidt, who also broke with his party and emphasized management and competence.

In fact, the promise of individual competence is a critical element of this new European politics. May is portrayed as the only person who can be trusted to negotiate Brexit. Macron is uniquely qualified to work with Germany and the European Union. Merkel is a safe pair of hands.

But the challenges facing May, Macron, and Merkel would be difficult for even the most competent leader. They begin with Brexit negotiations and, for France and Germany, continue to difficult reforms of the eurozone and the EU. While Brexit, by removing an anti-integrationist country power from the EU, may well give a greater impetus to Franco-German cooperation, it will do nothing to remove many formidable obstacles to progress.

The reality is that the new politics that has taken over three major European countries remains fundamentally fragile. It lacks institutional support, in the form of a strong political party, which it may be incapable of acquiring, given its focus on heroic leaders. And, given the combination of complex agendas and high expectations, those leaders may fail. Europe’s political center, now masterfully riding a wave of confidence, could suddenly find itself high and dry.