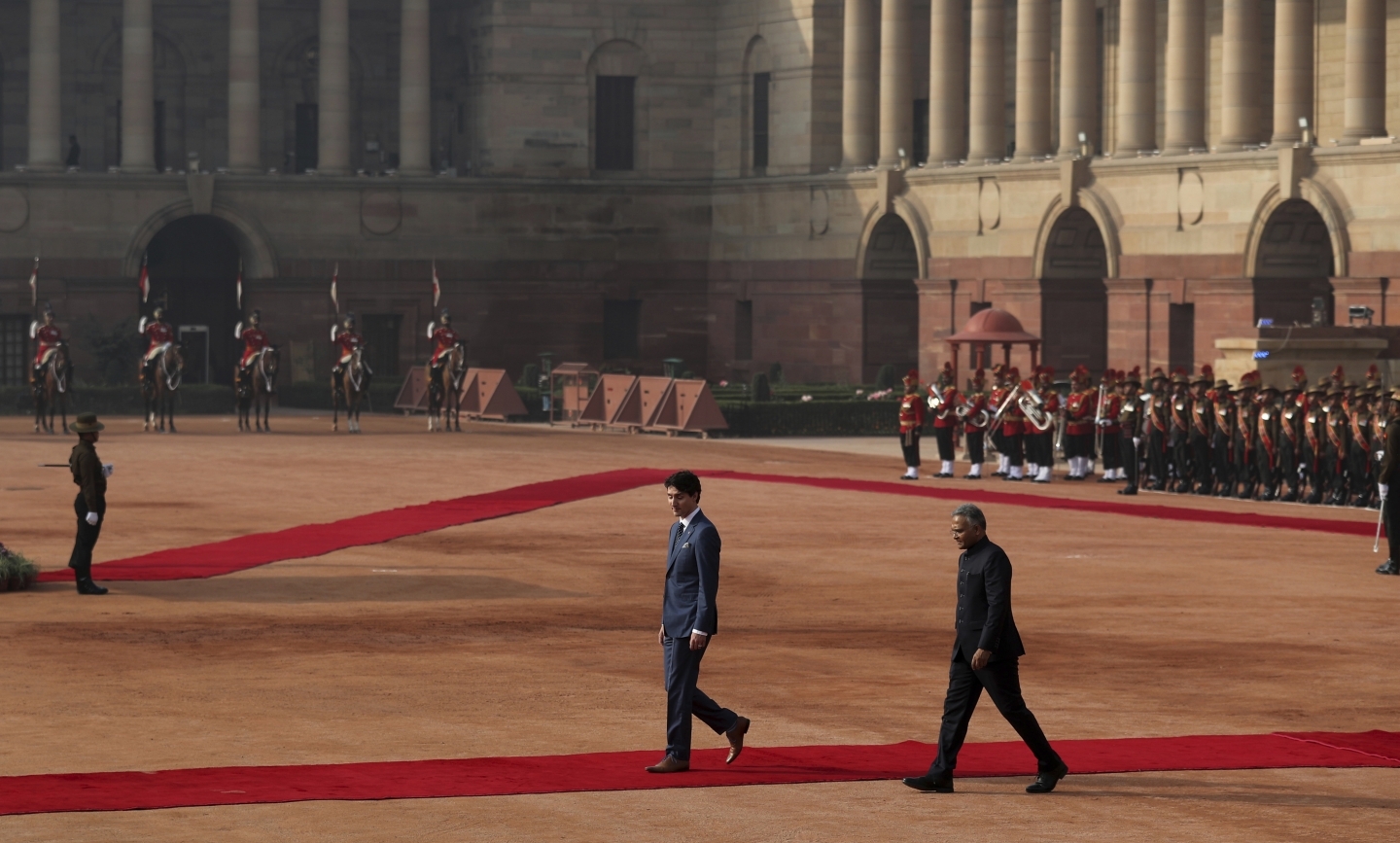 Canada’s trade minister says everything is fine between Ottawa and New Delhi.

Predictable answer. But the question must be asked, because relations with India have become a sensitive subject in Canadian politics this year. Prime Minister Justin Trudeau’s star-crossed state visit in February — described almost universally, if superficially, by the mainstream press as “disastrous” — was followed immediately by a sharp drop in the polls from which he has struggled to recover.

Sensing opportunity, the Opposition leader, Andrew Scheer, visited India earlier this month to “repair” the damage. The Globe and Mail accused Scheer of “partisan point-scoring,” as he was openly critical of the policies of his democratically elected government while on foreign soil. Even Jagmeet Singh, the leader of the third party in Canada’s Parliament, has struggled to leverage relations with India to his advantage; the first major federal party leader of Indian origin was hurt by accusations that he was overly sympathetic to violent Khalistani separatists.

All of this could pass, but not before the next federal election, scheduled for October 21, 2019. If the Canada-India relationship “develops” in the meantime, it will be the result of whatever momentum that already exists. Once a focal point, India now is just one the Canadian government’s many targets in a trade-diversification strategy. There likely are practical reasons for a broader focus, but there also is a political one: Trudeau has every reason to allow most voters to forget he ever went to the subcontinent.

In the mandate letter Trudeau wrote for Carr’s predecessor in early 2017, the prime minister emphasized his desire to improve commercial ties with emerging markets, and mentioned China and India by name. Canada no longer has a singular focus. Carr’s own marching orders, which were published on August 28, a month after he took over from François-Philippe Champagne, show the two economic behemoths of emerging Asia are being crowded out by opportunities that might offer quicker rewards.

Trudeau also wants to make sure Canadian companies take full advantage of the country’s new Comprehensive Economic and Trade Agreement with the European Union, as well as of the Comprehensive and Progressive Agreement for Trans-Pacific Partnership (CPTPP), ratified by Canada’s legislative process on October 25. Canada has also taken a leadership role in assembling a collection of like-minded free traders to push for changes at the World Trade Organization. The 13-member group includes the European Union, Japan, Australia and Kenya; it excludes not only the United States and China, but also India.

Doors in Canada and New Delhi remain open to officials from either country, and economic gravity will ensure that trade and investment between Canada and India continue to grow. However, without a significant push, it seems likely that the relationship will fall short of its potential. The two countries have been working on the Comprehensive Economic Partnership Agreement since 2010, and there hasn’t been an official negotiating round since August 2017, according to the latest update published by Global Affairs Canada.

In February, Trudeau and Indian Prime Minister Narendra Modi promised to “intensify negotiations to finalize” the trade agreement and a separate treaty on investment. Yet, Carr offered no indication that negotiations have picked up speed. “I can’t tell you that there’s a particular meeting that’s been scheduled, but I can tell you the conversation continues among officials, among politicians in India,” he said.

Today, Canada’s trade narrative with India tends to revolve around resources: the fastest-growing major economy will need energy, and Canada produces lots of energy; a massive population of vegetarians will need access to plant-based protein, and Canada grows a lot of lentils and peas.

But this narrative may be impeding progress toward a more advanced and viable economic relationship. Canada will become a bigger source of natural gas for Asia’s fast-growing economies, but it is years away from building the transportation infrastructure required to take advantage of that demand. Agriculture is a weak pillar on which to base trade with India, given the desire of that country’s politically powerful farmers for protection, and Modi’s stated desire to make India self-sufficient in food. Surprise Indian tariffs on imports of chickpeas and lentils have upended the pulse market this year, crushing the profits and stock price of AGT Food and Ingredients Inc., a big food exporter based in Regina, Saskatchewan.

The economic narrative should, instead, revolve around people and services. Trudeau’s decision to don a kurta at every opportunity during his trip to India did not seem to slow a growing interest in Canada among highly skilled Indians. Increasingly, workers from India are choosing Canada over the United States.

Earlier this year, Brendon Bernard, a Toronto-based economist at Indeed, the job-search site, analyzed the company’s data to see if President Donald Trump’s anti-immigrant rhetoric and policies were affecting the United States’ standing as the first choice of workers seeking to move abroad. Bernard found that Canada’s share of outbound searches from India jumped to 13 percent from six percent between August 2016 and July 2018, while America’s share dropped to 50 percent from 60 percent over the same period, the most “dramatic” shift he recorded.

“To be sure, people in India are still more likely to search for work in the US than Canada, but the gap has narrowed,” wrote Bernard. “This could prove a boon to the Canadian tech industry since many of the top searches from India are for jobs in that sector.”

Indians seeking jobs in Canada could probably find one: there were nearly 550,000 job vacancies in the second quarter, compared with about 460,000 in the first quarter, according to Statistics Canada. They would need visas, but anecdotal evidence suggests that won’t be an issue for highly skilled applicants. Technology entrepreneurs in cities such as Toronto, Montreal and Vancouver say Canada’s Global Skills Strategy is helping them survive the global war for talent.

Canada might also begin to look more attractive to Indian companies keen to expand beyond their home market. Paytm, India’s largest digital payments company, set up a research lab in Toronto in 2014 to take advantage of the city’s strength in artificial intelligence. The company then realized that Canada would make a good testing ground for international expansion. “It is a serious competitive advantage to have access to so much skill,” Harinder Takhar, the Paytm executive in charge of the Canadian unit,  earlier this year. “The fact that Canada has a good financial sector and a lot of universities all in one concentrated area, this is very rare. This was almost like a discovery for us.”

That was before the CPTPP was completed: Canada soon will be a rare country with preferential access to Japan, the United States and Europe.

Any development of the Canada-India relationship in the short term will likely depend on the work of executives, public servants, think tanks and others outside of the political realm. The negative press of the past eight months has created a headwind, but the obvious ability of the Canadian and Indian economies to complement each other might finally be catching on with a broader set of economic actors in both countries. Politicians might witness Canadian and Indian investment grow by doing nothing at all. 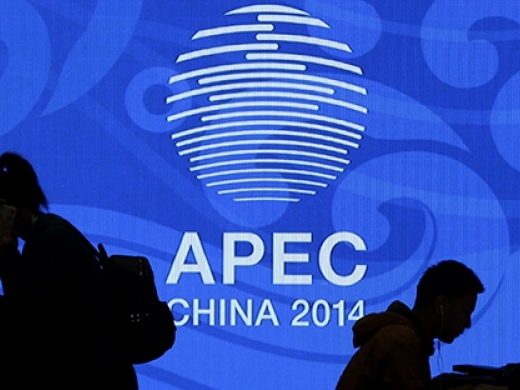 India
Let Bygones Be Bygones: The Case for India’s Inclusion in APEC 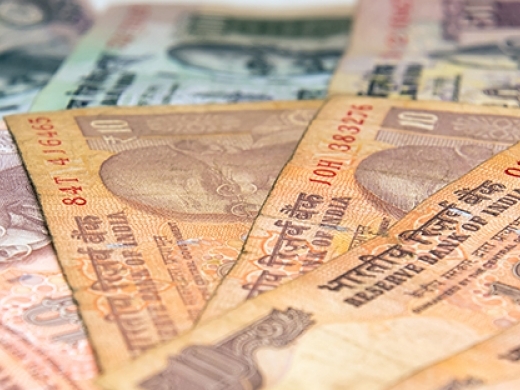 Financial Systems
International Regulatory Cooperation on the Resolution of Financial Institutions: Where Does India Stand?