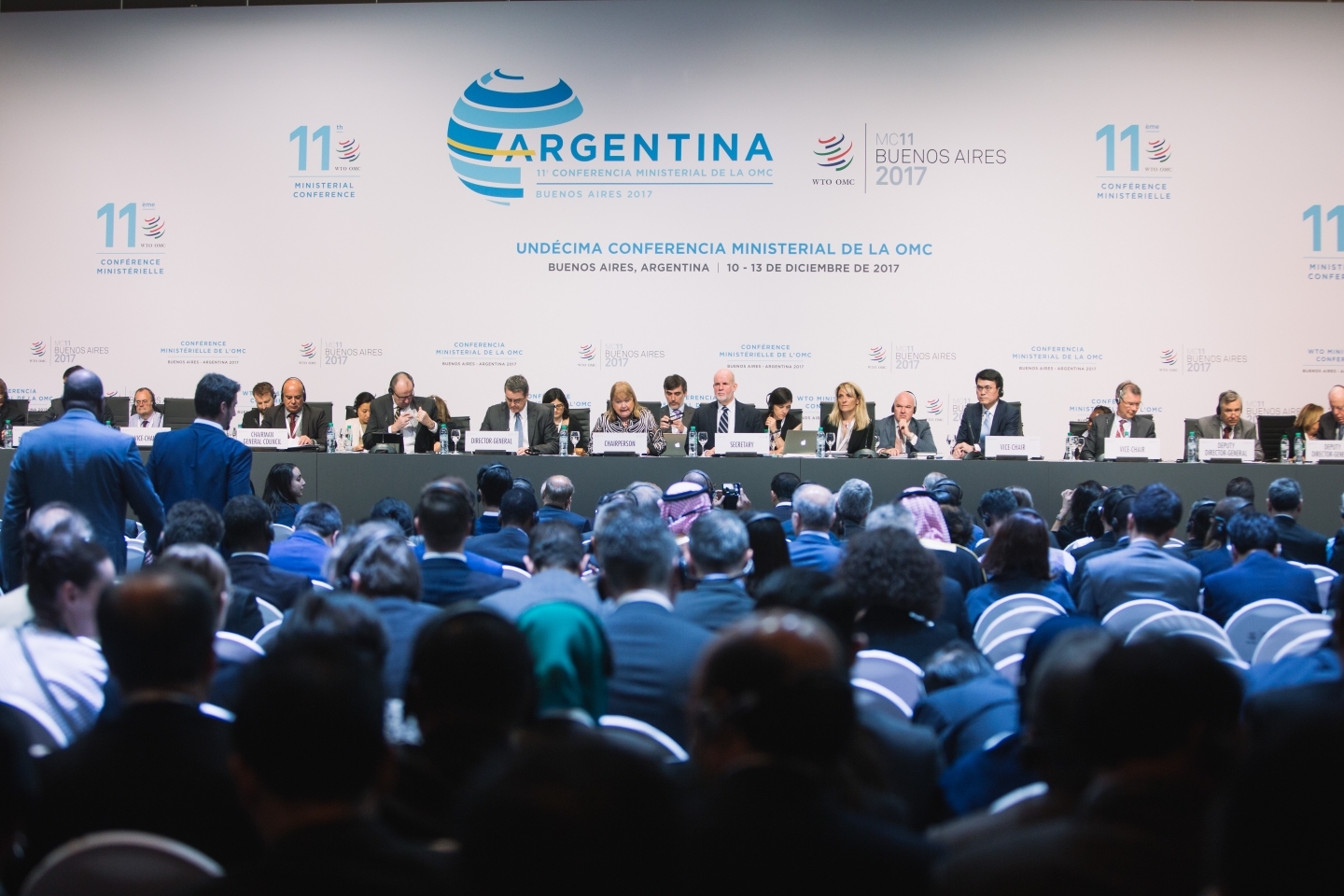 With urgent work to be done to achieve the UN Sustainable Development Goals (SDGs) — notably SDG 5: achieve gender equality and empower all women and girls by 2030 — many trade ministers have realized they can no longer afford to treat trade in isolation from its gender-related human rights impacts. We are rediscovering an idea that was obvious to the framers of the post-World War II international legal order: there is a connection between human rights (including the equal rights of women), stable economic and social progress, and global peace and security. International human rights and international trade law sprang from a coherent desire to establish the social, political and economic pillars that would foster global peace and prosperity.

Today, that post-war understanding is coming to fruition: the SDGs, Canada’s progressive trade agenda and the Joint Declaration on Trade and Women’s Economic Empowerment recognize this connection and provide new opportunities for concerted action. But getting to this point of reunion was not easy, given that trade and gender rights born from the same idea — the 1945 Charter of the United Nations — were separated shortly after birth.

Women’s equality to men was a foundational principle of the charter. Its preamble even begins with “We the peoples of the United Nations determined to save succeeding generations from the scourge of war…and to reaffirm faith in fundamental human rights, in the dignity and worth of the human person, in the equal rights of men and women.”

Article 1, which listed the purposes of the United Nations, includes the mission to “achieve international co-operation in solving international problems of an economic, social, cultural, or humanitarian character, and in promoting and encouraging respect for human rights and for fundamental freedoms for all without distinction as to race, sex, language, or religion.”

Article 55 of the charter, entitled “International Economic and Social Co-operation,” reiterated the goal of creating “conditions of stability and well-being which are necessary for peaceful and friendly relations among nations,” and stated “the United Nations shall promote: a. higher standards of living, full employment, and conditions of economic and social progress and development; b. solutions of international economic, social, health, and related problems; and international cultural and educational cooperation; and c. universal respect for, and observance of, human rights and fundamental freedoms for all without distinction as to race, sex, language, or religion.”

By 1947, the General Agreement on Tariffs and Trade (GATT) was produced, thanks to negotiations focused on trade and employment that were launched under the auspices of the Economic and Social Council. With the failure of the Havana Charter for an International Trade Organization — which, had it succeeded, might have kept the links between social and economic development — the GATT survived to establish a system for “the reduction of tariffs and other trade barriers and the elimination of preferences, on a reciprocal and mutually advantageous basis.” In 1995, this was incorporated into the GATT’s successor, the World Trade Organization (WTO). Human rights are not mentioned in the GATT or WTO agreements and have not been raised in WTO dispute-settlement proceedings.

Just as international trade law was developing in its own silo, so was international human rights law. The UN charter’s preambular language on “the equal rights of men and women” was reiterated in the 1948 Universal Declaration of Human Rights. Article 1 proclaims that “all human beings are born free and equal in dignity and rights”, and article 2 declares that “everyone is entitled to all the rights and freedoms set forth in this Declaration, without distinction of any kind, such as…sex.”

This progression further developed the principles enunciated in the universal declaration and affirmed that the rights set forth applied to men and women.

Cold War polarization contributed to an ideological divide in international human rights. Western liberal states emphasized the importance of civil and political rights, while socialist and communist states emphasized the value of economic, social and cultural rights. The Commission on the Status of Women, which began its work in 1948, advanced women’s rights through development of additional specific legal instruments, the most notable being the 1979 Convention on the Elimination of All Forms of Discrimination against Women.

Having begun in the common, inclusive vision of the UN charter, international trade law and human rights law evolved separately and independently, allowing for the development of tailored institutions, and a deepening of understanding and expertise in each area.

As the pace of globalization accelerates, however, their continued isolation from each other can be seen to be an impediment to achieving sustainable development for all.

A growing realization that mobile capital and transnational corporations may have been the biggest winners of international trade has led to questions about the legitimacy of international trade deals. Increasing frustration about who gets the benefits of trade and who is saddled with its negative effects helped fuel populist rejection of globalized trade in the Brexit referendum vote and the Trump presidential election. While the International Monetary Fund, the World Bank and the WTO reported recently that trade leads to productivity gains and significant benefits for consumers, especially the poor, they also acknowledged that states need to do more to address the negative impacts of trade behind the border.

The extent to which trade promotes equality within a country and between countries has become a crucial question regarding the legitimacy of the international economic legal order.

As a nation that benefits from a stable rules-based international order, Canada has responded to these trends by starting to articulate an “inclusive” or “progressive” trade agenda aimed at promoting development and spreading the benefits of trade to “the middle class and those striving to join it.” Further, the Canadian trade agenda is meant to support “gender equality, environmental sustainability and…the needs of small and medium-sized enterprises.”

Currently, Canada is promoting this agenda in multilateral and bilateral fora. A gender chapter providing a framework for cooperation on gender issues appeared in the Canada-Chile Free Trade Agreement, and Canada has proposed a similar inclusion in the renegotiated North American Free Trade Agreement. While the Comprehensive Economic and Trade Agreement between the European Union and Canada includes only minor references to gender, Canada announced that the renegotiated Comprehensive and Progressive Agreement for Trans-Pacific Partnership (formerly the Trans-Pacific Partnership), includes a new preamble with important progressive elements, including promoting gender equality.

While the progress made separately on women’s empowerment and on global economic development since they were first expressed in the UN charter is remarkable, there has been little effort to reconnect the two fields — something that is now recognized as crucial to achieving gender equality by 2030. Arguably, the Joint Declaration on Women’s Economic Empowerment could be an important first step to forging greater coherence between economic and human rights law and policy.

The declaration affirms that women’s economic empowerment is central to the future of trade and sustainable socioeconomic development. While not a binding legal instrument, the declaration announces that the WTO membership and the WTO will be key partners for achieving women’s economic empowerment. Thus, the declaration’s aim is not about establishing new international norms, but about nudging existing trade law and human rights law closer together, using gender-based analysis to shape trade and socio-economic policy at the national and international level.

Strengthening the relationship between trade and human rights consistent with the original common vision of the UN charter will contribute to achieving the empowerment of women and girls by 2030.