Revisiting, and Reviving, the R2P 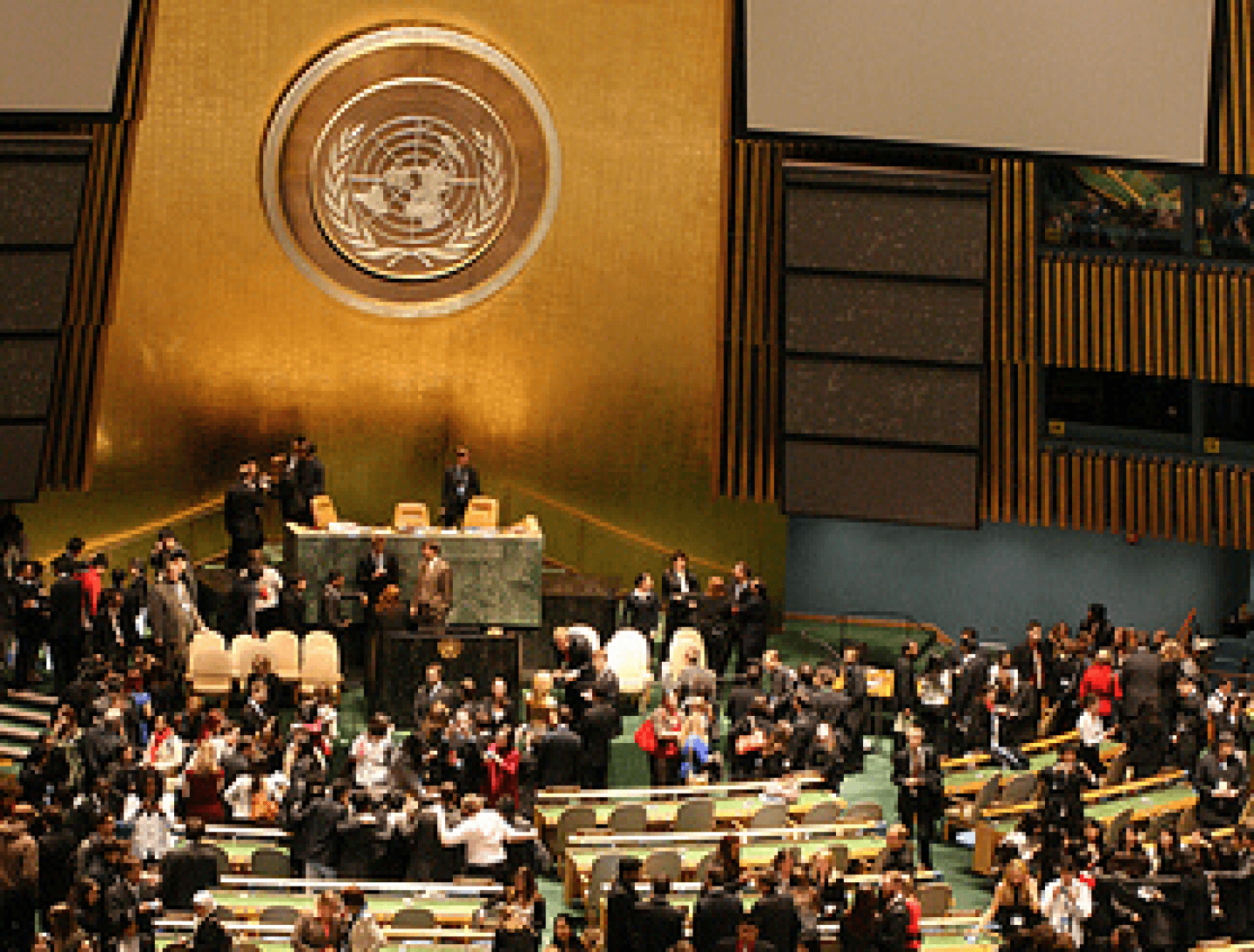 This week the UN General Assembly returns to the "responsibility to protect." Since its formal adoption at the 2005 UN Summit meeting, R2P has been a doctrine honoured rather more in principle than in practice, but earlier this year the secretary general produced a major report, "Implementing the responsibility to protect," in an effort to shift it from the abstract to the concrete.

The consequences of it remaining an abstract principle are there for us all to see. Today the victims live and die in Afghanistan, the Congo (Kinshasa), Iraq, Somalia, Sudan, Zimbabwe, and all the other places where children, women, and men continue to endure one or more of the four deadly crimes from which the people of the world were promised protection through R2P—genocide, war crimes, ethnic cleansing and crimes against humanity.

In each case the national government is manifestly failing to protect its own people, often for myriad reasons that are certainly not all of their own doing, or not doing. Also, in each case, the international community is having only spotty, if any, success in effectively protecting people who are in extraordinary peril.

The prospect of another debate at the United Nations is unlikely to hearten those who bear the brunt of those crimes. Still, without debate and without some concerted diplomatic and intellectual effort to forge new ways of responding, their particular crises will only deepen and others will be added.

A core suspicion that still attends R2P debates is the worry that the noble objective of protecting vulnerable people will simply be appropriated by the big powers as one more justification for their interference in the affairs of smaller and weaker states. But, at the same time, the main impediment to operationalizing R2P with some measure of consistency is the reluctance of those same big powers to accept any binding obligation to intervene on behalf of vulnerable people outside their own jurisdiction or sphere of interest.

There is at least one positive consequence to this mutual wariness of intervention, and that is greater recognition of and attention to non-military remedies. The agreement coming out of the 2005 UN summit of course places the primary responsibility for protecting people on national governments: the sovereignty as responsibility principle. When states "manifestly" fail to meet that responsibility, the international community then accepts the responsibility to use "diplomatic, humanitarian and other peaceful means, in accordance with Chapters VI and VIII [regional multilateral organizations] of the [UN] Charter," to come to the aid of those threatened with genocide, war crimes, ethnic cleansing, or crimes against humanity.

And only when those peaceful means are also clearly failing does the R2P doctrine allow for (it does not require it) more coercive measures under Chapter VII. Even in those cases the debate centres increasingly on the imposition of nonmilitary coercion, through measures like diplomatic and economic sanctions and arms embargoes, before accepting, as the Secretary-General puts it, "the application of coercive force in extreme situations" relating specifically to the four crimes covered by the R2P doctrine.

It is clear that the R2P principles are by now well established, thus the Secretary-General insists in his report that "the task ahead is not to interpret or renegotiate" the doctrine, but is "to find ways of implementing [it] in a fully faithful and consistent manner."

But the secretary-general also speaks of the "paucity of will" as an impediment to faithful and consistent implementation of the Responsibility to Protect. Darfur and Somalia are the primary current evidence that the absence of will is especially rooted in the unwavering refusal of the major powers to allow themselves to be formally bound to act in response to unforeseeable external circumstances, no matter how dire the circumstances for the victims.

That refusal to be obligated translates into a decisive reluctance to clearly define the conditions—the warning signs—that should trigger specific actions by the international community in a process of gradually escalating responses to rising conflict and advancing vulnerability. In fact, the secretary-general's report, probably anticipating the resistance, specifically rejects the pursuit of "a rigidly sequenced strategy or tightly defined 'triggers' for action."

At the same time, Ban Ki-moon's report makes a case for undertaking investigations and fact-finding missions "early in a crisis" as part of an early warning and response process. But for that to happen, especially early on and consistently in an environment that generally lacks the political will to act, there will necessarily have to be ways to trigger such investigations without having to defer to a heavily politicized decision-making process. The Security Council, General Assembly, and Human Rights Council, for example, all have investigative powers, but there is not currently a process that automatically triggers or mandates them to investigate when certain warning signs appear. In the absence of such triggers to launch investigations, responses remain subject to the vagaries of case-by-case considerations. As a result the international community will in too many, in most, cases continue to avoid action—to the extraordinary peril of vulnerable people in the affected countries or regions.

The new General Assembly debate is unlikely to produce any short-term benefits for the millions who still face threats of genocide, war crimes, ethnic cleansing, or crimes against humanity. That doesn't mean it isn't important. It is still an opportunity for states to reaffirm the basic principle of sovereignty as responsibility and the international community's obligations toward vulnerable people. Above all, the debate should mark the beginning of a genuine transition from abstract principle to the careful tracking of abuses and the delineation of avenues for concrete and consistent action. This is surely one debate that is literally a matter of life and death.

Ernie Regehr is Co-founder of Project Ploughshares, adjunct sssociate professor in Peace Studies at Conrad Grebel University College, and a fellow of The Centre for International Governance Innovation.