More than a year after WTO members signed a landmark declaration in Buenos Aires, what progress has been made?
Published: March 8, 2019

In 2018, CIGI published an essay series inspired by the Joint Declaration on Trade and Women’s Economic Empowerment, announced at the World Trade Organization’s (WTO’s) eleventh Ministerial Conference in Buenos Aires, December 2017. With the declaration,121 WTO members and observers have pledged to support initiatives to remove barriers to, and foster, women’s economic empowerment and promote greater inclusion of women in international trade.

One year later, on International Women’s Day, we’ve asked a number of the series’ contributors to assess the progress made on realizing the declaration’s goals and to consider the hurdles ahead for women’s economic empowerment. This article pulls together their reflections:

Under Canada’s inclusive trade agenda, gender-based analysis has become an established element of international, regional and bilateral trade negotiations for the federal government, with negotiating mandates and draft texts being examined from this perspective. I’m proud to report that CIGI has also held onto the momentum of the declaration signed in Buenos Aires. In the last year, our work has continued to explore women’s equality and empowerment through international economic, intellectual property, environmental and Indigenous law lenses. 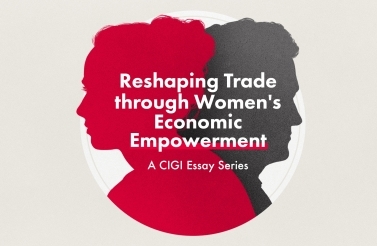 In the spring of 2018, CIGI held a workshop at the WTO in collaboration with the Canadian ambassador to the WTO, to share the series’ contributors’ ideas with the global community of ambassadors to the WTO. Later that year, the theme of the WTO Public Forum in September was “Trade 2030,” referring to the need for much greater coherence between trade objectives and the United Nations’ Sustainable Development Goals (SDGs). Among attendees, a drive to move forward on SDG 5 (“achieve gender equality and empower all women and girls”) was in evidence, with several high-level discussions on how to make trade gender-inclusive and how to develop gender-disaggregated statistics to support better policy making.

CIGI’s participatory display at the forum asked attendees for big ideas on making progress on gender and trade, specifically, “What policy innovations will help women to participate more fully in international trade?” The responses were impressive and reflected the spirit of the declaration. Participants recommended:

Participants at a recent CIGI workshop focused on gender equality in international law considered that gender equality and women’s empowerment are essentially substantive human rights issues with both formal and practical dimensions. Thus, women’s economic empowerment must be addressed at the grassroots, national and international levels through the symbolic power of rights recognition and equal representation, and through substantive, practical measures that improve the lives of women and girls.

More than a year has passed since the WTO’s Ministerial Conference in Buenos Aires and the historic signing of the Joint Declaration on Trade and Women’s Economic Empowerment. While trade has been at the centre of international discussions — and dispute — since the conference, the international trade landscape does not look as promising as one would have hoped.

Nevertheless, women have kept their focus and have continued to work to make the commitments of the declaration a reality. Governments have a central responsibility to deliver on these commitments by developing appropriate policy and by incorporating a gender perspective in all areas of work. It is women’s resolve and determination, however, that are key to transforming these promises into action.

Programs such as the International Trade Centre’s SheTrades initiative provide essential tools to enable integration of women in the national, regional and global markets. SheTrades, for example, aims to connect three million women entrepreneurs with markets by 2021, a concrete example of “getting things done” with a reach into all corners of the world.

Exerting pressure to include dedicated gender chapters in international trade agreements, improving access to land title and credits for women and incorporating a gender lens into indicators that track and measure progress are among the concerted efforts to move forward.

The challenges for women’s economic empowerment remain very high; around the world, the forces pushing back against women’s empowerment and gender equality are far too common. These troubling signs should be addressed with global cooperation; only a collective will to act can make a difference, and it is up to each of us to join the effort.

The Buenos Aires Declaration on Trade and Women’s Economic Empowerment represented an important milestone in international trade. Through the declaration, a significant majority of WTO members formally acknowledged that the development of trade policies needs to reflect and incorporate gender considerations. Signatories agreed to pursue a structured discussion on specific topics related to trade and women’s economic empowerment; the first event organized under the auspices of the declaration — a workshop on gender-based analysis and trade — was held in Canada. Since then, additional workshops, on topics such as enhancing the participation of women entrepreneurs and traders in government procurement and the gender dimension of global value chains, have been successfully organized. 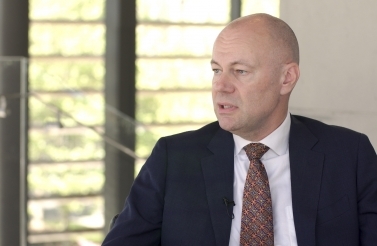 Watch
The Importance of Women’s Economic Empowerment in World Trade

We are beginning to see momentum on the file, with proponents beginning to think about how best to advance it at the WTO’s twelfth Ministerial Conference, which will be held in Astana, Kazakhstan, in June 2020.

Despite momentum, progress on women’s economic empowerment will not be made without first answering a few important questions. How can the lessons learned from the series of workshops be best shared and used by WTO members? And, perhaps more importantly, how do we engage with WTO members who have yet to support the principles embodied in the Buenos Aires declaration?

The launch of the Joint Declaration on Trade and Women’s Economic Empowerment symbolized a milestone achievement for women in trade across the globe. Not only did it represent a concrete response to the United Nations’ SDG 5 to achieve gender equality, it was an important first commitment by governments to move the needle on women’s roles and participation in, and benefits from, the global economy.

Since Buenos Aires, with 123 members and observers now having endorsed the declaration — a number that continues to grow — there has been an active exchange of knowledge and good practices on women and trade. Now, more than ever, we’re seeing gender-sensitive trade policy reviews and less skepticism about the socio-economic need for trade to work better for women.

Outside of the WTO, the declaration has had a catalytic effect in other fora, including within the private sector, which is increasingly demonstrating a stronger support for women in trade. Just this week, United Parcel Service (one of the corporate partner of the International Trade Centre’s SheTrades initiative) has created a new executive role focused on delivering “growth-oriented solutions to minority- and women-owned businesses around the world.”

The WTO is a highly relevant platform to better explore the linkages between women and trade in areas such as trade policy, public procurement and trade agreements. This important work that has begun to spotlight and unpack crucial issues will continue up to and beyond the next WTO Ministerial Conference in Astana. 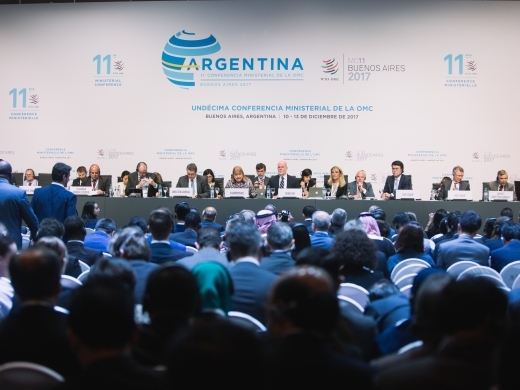 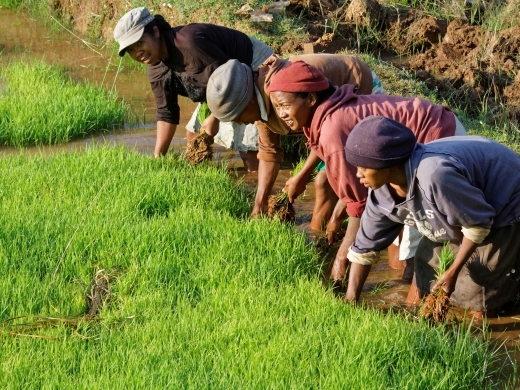