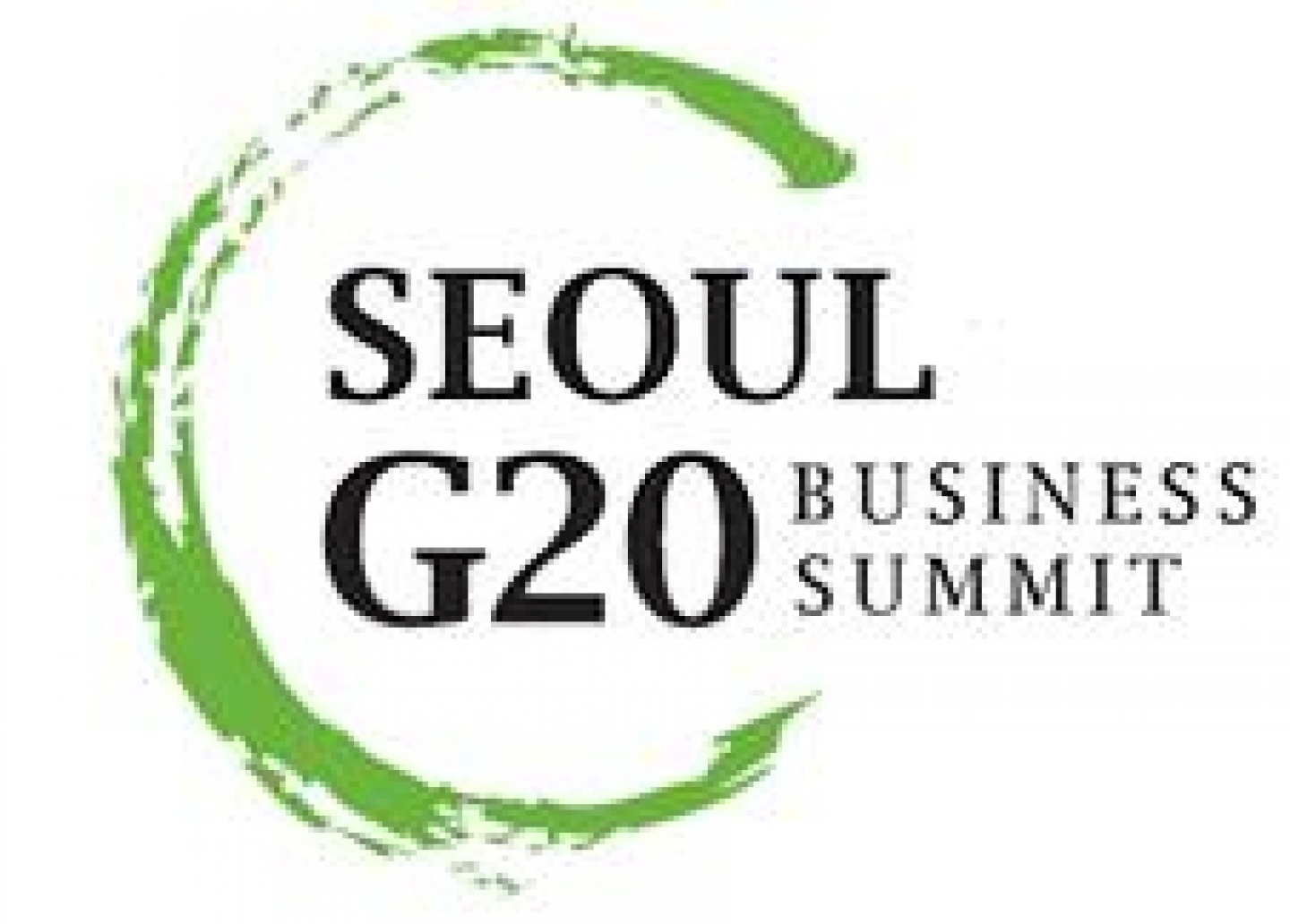 To solidify its self-anointed status as the premier forum for global economic cooperation, the G20 will continue to focus on growth and stable economic recovery at the Seoul G20 Summit in November.  However, for strong, sustainable recovery to happen there needs to be investment from both the public and private sectors.

"The global financial crisis is in a recovery stage but what recovery has been possible was achieved from the public sector," said Sakong Il, chairman of the G20 organizing committee. "We need to make the recovery more robust. To do that, we need to ensure there is the right investment and the right environment for the private sector" (AFP).

As such, South Korea is hosting a pre-G20 forum of 100 global CEOs, to be held immediately before the Seoul Summit this fall (November 10-11, 2010) that will be linked closely to the G20 process.  In this capacity, the business summit is not regularly a part of the G20 leaders’ meetings although previous meetings have included business representatives.

The CEOs will focus on the role of private businesses as governments look to decrease and withdraw stimulus funds.  Issues that will be on the business leaders’ table parallel the official Seoul G20 agenda: post-crisis growth, finance, trade, green growth and development, and corporate social responsibility.  There will be sessions between business leaders and G20 leaders to integrate the Business Summit into the G20 leaders’ discussion that will precede it. The Business Summit is being organized through the private sector.

As noted previously by Andrew Schrumm in this blog, issues on the G20 agenda have a direct impact on the international business community and by reaching out to key corporate leaders, the G20 can build a constituency of supporters for its proposed policies.

But consultative meetings with business stakeholders are just one step towards opening channels for “other voices”.  To address transparency and legitimacy issues, as advocated by CIGI’s Barry Carin, the G20 must work harder to broaden their consultative mechanisms to provide voices for non-G20 nations, G20 parliamentarians and NGOs.