Sessions Right to Recuse Himself, But Can't Undo Damage

If the US attorney general did not lie under oath, he came very close to doing so in testimony on Russia contact 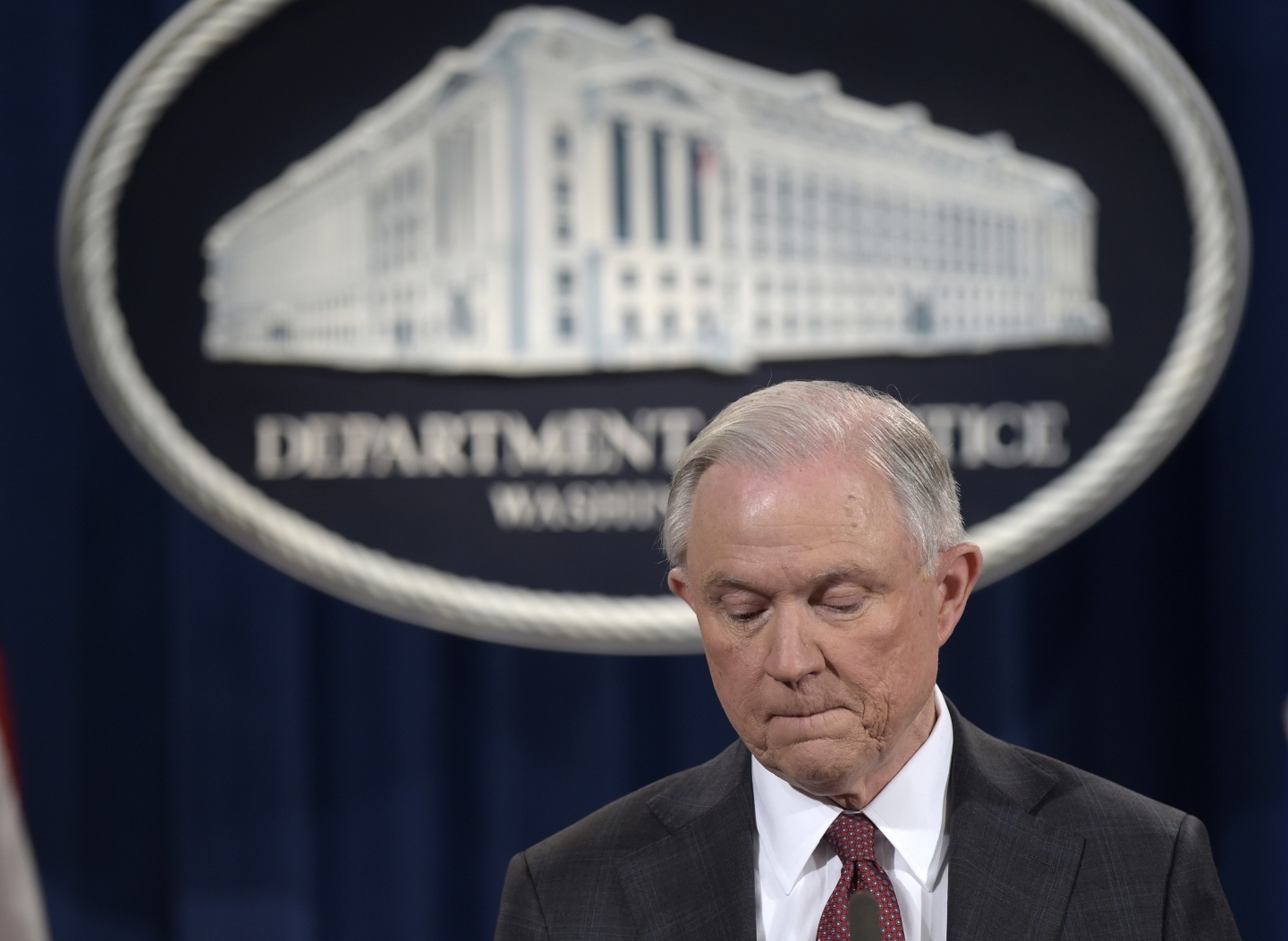 Jeff Sessions has practiced private law, served as a federal attorney, been the Attorney General of Alabama, was a federal senator for 20 years, and is now Attorney General of the United States. And in his confirmation hearings, if he did not lie under oath about his meeting with Russian Ambassador Sergei Kislyak in September 2016, he came very close to doing so.

Now, AG Sessions’ poor judgement is simply more fuel for the allegations that President Donald Trump not only benefitted from Russian efforts to influence the presidential campaign, but that people in his team conspired with the Kremlin’s intelligence services.

Typically, there should be no question that Sessions’ meeting with Kislyak is unobjectionable. Sessions was at the time a senator and a member of the Senate Armed Services Committee. It is likely that the two men discussed issues that were entirely within Sessions’ purview as a senator. But Sessions is a smart person and a political veteran who should have known to disclose his meeting with Ambassador Kislyak when he testified under oath before the Senate.

This is because in 2016 Sen. Sessions was both a senator and de facto advisor and representative for then-presidential candidate Donald Trump. Sessions endorsed Trump in February of that year. He regularly defended Trump on the Sunday morning news show circuit. He chaired Trump’s national security advisory committee.

Yes, Sessions was a senator in September, but he was also one of the leading advocates for Trump’s presidential bid. The senator knew that, and so did Ambassador Kislyak. Given that allegations of Russian influence efforts were well publicized at that time, Sessions should have known to keep an airtight and transparent barrier between his role as Trump surrogate and as senator.

Now, the Sessions-Kislyak meeting would barely register were it not for the former national security advisor Michael Flynn’s fall from grace.

Like Sessions, Flynn spoke with Kislyak before Flynn was sworn into office. Flynn fell because he misled the vice president about that conversation. If Sessions did not explicitly lie under oath to the Senate, he came close, saying, “I have been called a surrogate at a time or two in that campaign and I didn’t have communications with the Russians,” in response to a question from Senator Al Franken. If this was not perjury, it was a breathtaking lapse in judgement. While it will probably not be enough to cost him his job, it is enough to cast doubt on his ability to objectively discharge all his duties as AG.

For those who work with — but not in — the US government, there is much more at stake than partisan politics. The allegations of links (and implicitly collusion) between the Trump presidential campaign and the Russian government are disturbing, to put it mildly.

Given time, this will not simply tarnish the president’s reputation, but it will undermine the rest of the world’s confidence in America’s foreign policy.

While President Trump has spent a great deal of energy depicting the United States as a victim of freeloading allies and unscrupulous neighbours, the fact is that the US benefits from cooperation with its friends and allies and vice-versa (as Secretary of Defence Jim Mattis has explained). The US has a much easier time achieving its foreign policy goals when it has partners to work with. Going it alone might sound appealing, but is easier said than done.

So when rumors swirl that the White House wants to improve relations with the Kremlin not because they see an opportunity for a mutually beneficial deal with Russia, but because some members of the administration are in thrall to Russian intelligence services, and the administration fails time and time again to disprove those allegations, confidence in the US erodes.

The fact is, many of America’s long-standing friends and allies have grave concerns about Russia’s foreign policy. And they have good reason to be concerned: Russia invades its neighbours, props up dictators and war criminals that spread mayhem, and interferes in foreign elections. The US needs its friends and allies to be able to trust it. The Kremlin-Trump rumors — so long as they remain alive — only erode that trust.

On the face of it, this story is ridiculous, something we expect from a cheap paperback spy novel. But this is real life, and the story is not dying.

Accordingly, the FBI is investigating potential ties between the Kremlin and the Trump campaign, and now the House Intelligence Committee will also examine the allegations. Attorney General Sessions was of course right to publicly recuse himself Thursday of any decisions that touch on the FBI (which reports to the AG) or House inquiries.

Sen. Sessions’ meeting with Ambassador Kislyak was likely innocent. However, the appearance of corruption can be as damning as corruption itself, and for the good of the United States and its foreign policy, there must be a firewall between Mr. Sessions and the efforts to get to the bottom of what — if anything — the Trump campaign did in concord with the Kremlin.

"The allegations of links (and implicitly collusion) between the Trump presidential campaign and the Russian government are disturbing, to put it mildly."
View Full Article
The opinions expressed in this article/multimedia are those of the author(s) and do not necessarily reflect the views of CIGI or its Board of Directors.