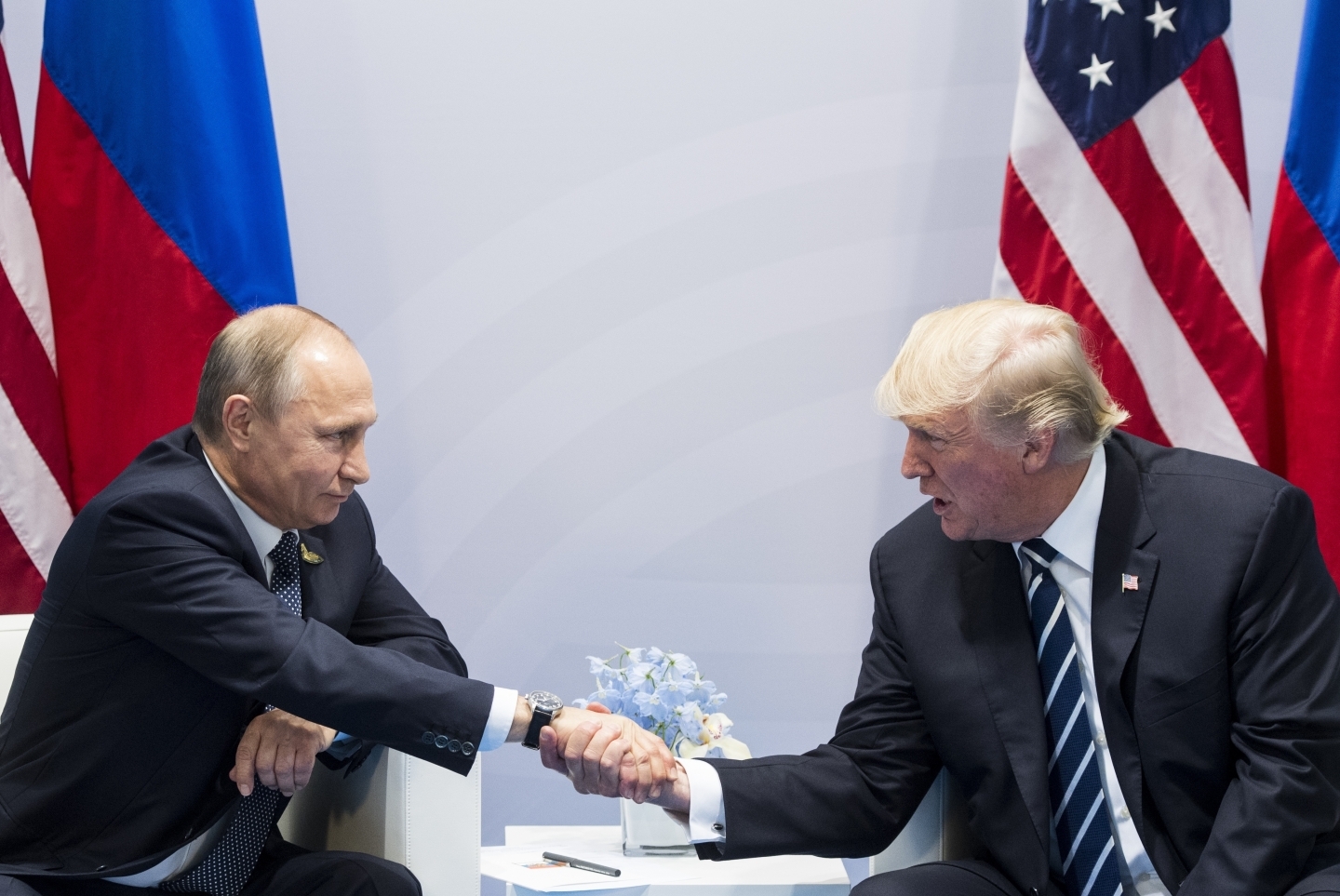 US President Donald Trump apparently thinks people are being too hard on Russian President Vladimir Putin. In fact, he seems to think the investigation into possible US election interference by the Kremlin has hurt President Putin’s feelings, making Russia not want to play ball on international security issues.

Following brief meetings with Putin on the sidelines of this year’s Asia-Pacific Economic Cooperation summit in Vietnam, Trump told reporters that accusations the Russian government meddled in the 2016 US election have insulted President Putin.

“If we had a relationship with Russia, that would be a good thing. In fact, it would be a great thing, not a bad thing. Because he could really help us in North Korea.” Trump went on to say the investigation into election interference “is really an artificial barrier that’s put in front of us for solving problems with Russia, and (President Putin) says that very strongly.”

President Trump’s statements suggest that the United States and Russia are not working together because this one issue is poisoning the entire Russo-American relationship and preventing cooperation on serious matters around the world.

It’s a tempting explanation for the failure of the US and Russia to work together to resolve the wars in Syria and Ukraine, and for North Korea’s ability to continually defy Washington.

But it’s nonsense. History shows us that the United States and Russia have worked together on global security issues many times, even when their relationship has otherwise been terrible.

Take, for example, the 1963 Partial Test Ban Treaty, which banned countries from testing nuclear weapons under water and in the atmosphere. While signed and ratified by most of the world, the United States and the Soviet Union were the two countries that wrote most of the treaty text and haggled over the details. This happened a year after the Cuban Missile Crisis, when the two countries nearly went to war.

Five years later, the two adversaries — alarmed by the spread of nuclear weapons around the globe — agreed to a treaty that would ban most of the rest of the world from acquiring nuclear bombs. This was while US President Lyndon Johnson was escalating America’s role in the Vietnam War. While imperfect, the Nuclear Non-Proliferation Treaty that went into force in 1970 still stands today and is broadly seen as a crucial tool in efforts to prevent nuclear proliferation.

The 1980s saw incredible tensions between the United States and the Soviet Union — recall the USSR’s invasion of Afghanistan — but also cooperation, such as the Intermediate Nuclear Forces Treaty in 1987 (which headed off a new arms race in Europe) and talks that helped end the proxy war between Angola and South Africa in 1990.

Other examples of the United States and the Soviet Union cooperating despite — or more importantly, because of — their hostile relationship abound.

The important lesson is that two countries don’t need to have good relations, nor do national leaders even need to like one another, for their governments to work together. The critical factor is that they have shared interests, and a desire to secure those interests that overwhelms their hostility for one another.

The critical reason that the United States and Russia are not cooperating to resolve some of the world’s most pressing security problems right now is that they have few common interests. The same could be said for Canada and other Western nations.

In Ukraine, the Kremlin seems to be committed to maintaining a situation where the government in Kiev cannot seek deeper relations with the European Union or NATO without tacit Russian approval. At most, the United States and Russia can only agree to contain the war in eastern Ukraine, and fundamentally disagree about on what terms it should end.

On the Korean Peninsula, there is little Vladimir Putin’s government can offer (other than enforcing UN sanctions that it signed up for) the United States. And keeping the United States embroiled in conflict in northeast Asia helps Moscow sells itself as a reliable security and economic partner to Beijing.

In Syria, there is a glimmer of hope that the two governments could work together to expel ISIS from the country. That is only now possible because Russia has secured its major interest­ — a Kremlin-friendly Baathist government in Aleppo — thanks to the United States, which worked to topple the Assad government. But divergent Russian and American goals for the future of Syria once ISIS is finally defeated will ensure the two governments return to being at loggerheads.

When it comes to matters of international security, the ability of Moscow and Washington to work together to solve those problems rests first and foremost on having, at a minimum, common interests.

Whether President Putin feels “insulted” comes as a distant second.

This article originally appeared on The Hill.