In Shift, Canada Breaks with Trump on International Order 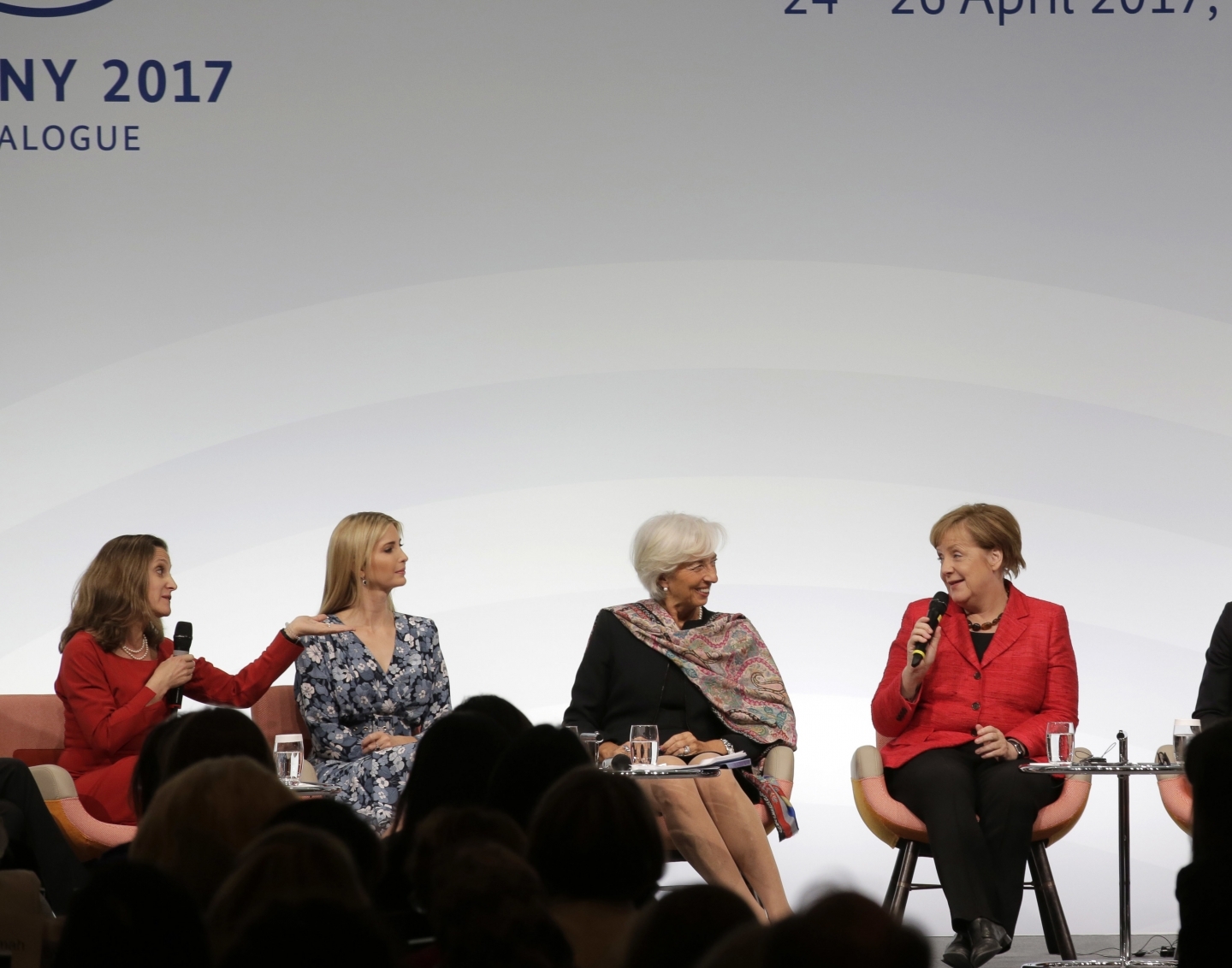 In a sweeping speech to the House of Commons in Ottawa on Tuesday, Canadian Foreign Minister Chrystia Freeland set out her response to Washington’s apparent dismissal of a rules-based international system under US President Donald Trump, calling for the “renewal, indeed the strengthening, of the postwar multilateral order.”

More than a year and a half since Justin Trudeau’s Liberals took office, many in Canada’s diplomatic and policy communities had been anticipating a coherent presentation of the government’s foreign policy goals.

In March 2016, as part of remarks to a conference at the University of Ottawa, former Foreign Minister Stéphane Dion confounded more than he clarified when he called for a foreign policy based on “responsible conviction,” inspired by Max Weber, the German philosopher.

Freeland’s speech, almost five months after her appointment — which was made shortly after the US election — surprised some observers for its subtle critique of the direction taken by the United States.

Stephanie Carvin, an assistant professor at Carleton University’s Norman Paterson School of International Affairs, said that “even if the speech was lacking specifics, there were a number of extremely blunt statements.”

The difference between last year, when Dion made his remarks, and now “cannot be overstated,” Carvin said. “We’re in a situation where very suddenly, the existence of an international rules-based order that Canada basically requires in order to survive is now under threat. So it seems in the speech she is basically saying how we are going to proceed now, to defend this international order, even as the Americans shrug it off.”

Echoing comments made by German Chancellor Angela Merkel on May 28, that in an age of Trump, Europe might need to “go it alone,” Freeland said: “The fact that our friend and ally has come to question the very worth of its mantle of global leadership, puts into sharper focus the need for the rest of us to set our own clear and sovereign course.”

“When I read that, my jaw hit the floor,” Carvin said. “This wasn’t Dion’s ‘responsible conviction’ speech. What was beneficial about this speech was that Freeland really was trying to lay out the context in which she sees Canada’s mission going forward. I think she did it relatively well without evoking, you know, nineteenth-century German philosophers.”

“It’s overwhelmingly a critique of Trump-ism and anti-globalist populism; a lot of very subtle, often indirect references that are a step-by-step take-down of Trump’s whole understanding of international politics and America’s role,” he said in an interview.

“[Freeland] leaves no doubt that she thinks she’s dealing with a rogue state. She and Merkel are on the same page here; [although there is] the sense that she is a little less willing than Merkel to write Trump off and strike off on her own with like-minded countries. Maybe that’s because by force of circumstance we can’t afford the luxury in the way the Germans can — they’re better positioned to go their own way than we are.”

Lloyd Axworthy, former Canadian foreign minister, contrasted the address to Parliament with the “often-incomprehensible three a.m. tweets” of the US president.

Axworthy noted that Freeland’s address had “clearly been crafted in and through cabinet…and is going to be followed up by a host of further policy statements,” in reference to a defence policy review expected on Wednesday, and an international development assistant review expected on Friday.

While both Carvin and Welch agreed that Freeland provided a robust defence of multilateral institutionalism and liberal values, on the Canadian foreign policy side, both cited the lack of specifics.

“The one that always raises my eyebrows is the perennial statement that we will support our armed forces and invest in equipment and training to the level we have to. To be frank, we haven’t done that in decades, and I don’t see how that’s going to happen, given the backlog on the procurement side.”

For Carvin, the speech was “a lot like a mission statement,” but short on specifics. “No China free trade mention — that surprised me,” she said.

Freeland also put emphasis on defending borders, and tied that to both missions Canada is currently engaged with: Ukraine and ISIS. “The illegal seizure of Ukrainian territory by Russia…is not something we can accept or ignore,” she said, adding that the “atrocities of Daesh directly challenge both the sanctity of borders and the liberal international order itself.”

But Carvin reflected that Canada has not always been so rigid when it comes to sovereign borders. “Actually, Canada has a pretty good track record of violating borders, with the responsibility to protect [R2P], and the Kosovo mission,” Carvin pointed out. “So where does that leave R2P?” In addition to tackling recent US policy decisions, Freeland cited the political upheaval that gave rise to Trump, saying that “it would be naive or hypocritical to claim before this House that all Americans today agree. Indeed, many of the voters in last year’s presidential election cast their ballots animated in part by a desire to shrug off the burden of world leadership. To say this is not controversial: it is simply a fact.”

Many in Canada’s media speculated about what the response would be from the White House — or whether it would register at all.

Former US Ambassador to Canada Bruce Heyman said that while he remains “confident that, longer-term, the US will be a global leader in promoting the ideals that we share, today it is important that Canada take a larger leadership role in promoting progressive values.”

“Minister Freeland’s wide-ranging speech today stands as a guidepost for Canadian leadership. I believe a strong Canada is in the [United States’] best interests and encourage Canada to take a larger role on the world stage,” he said.

“This is going back to what we used to do very well,” Welch said. “That’s somewhat reassuring — that at least Canada is a country that’s got some predictability, some principle.”

“This kind of going back in history and looking at our international role and making it all coherent and sensible; that's enormously refreshing and encouraging to a lot of countries.”

A version of this article first appeared on OpenCanada

“The fact that our friend and ally has come to question the very worth of its mantle of global leadership, puts into sharper focus the need for the rest of us to set our own clear and sovereign course.”—Chrystia Freeland
The opinions expressed in this article/multimedia are those of the author(s) and do not necessarily reflect the views of CIGI or its Board of Directors.