During the past year I’ve been taking part in an international working group on data governance organized by the Ada Lovelace Institute, a think tank in London, England. Every month we do a big Zoom call with experts from all over the world. And with all the faces on my screen, there’s always one little square that stands out. The one that belongs to Steven Croft.

Steven Croft is the Bishop of Oxford and sits in the House of Lords, one of the 26 bishops, or Lords Spiritual, who fulfill the Church of England’s law-making role in Britain. So one of the reasons he sticks out in our online meetings is because he wears a white clerical collar. But another way in which his presence is remarkable is what he especially contributes to the wider conversation about technology governance, through his focus on humanity. It’s a focus less on the tech itself, and more on the deeply personal and often spiritual issues at the core of the human experience that are increasingly being touched by technology.

In policy conversations that are often very technocratic, Croft is deeply philosophical. He’s spent decades thinking about life’s big questions — questions about what it means to be human, what real community looks like, and how spirituality shapes our lives. And now he’s bringing that thinking into the technology conversation.

As a former member of the Select Committee on Artificial Intelligence in the British House of Lords, and as a current board member of the United Kingdom’s Centre for Data Ethics and Innovation, Croft isn’t just thinking about tech policy but actively shaping it. And, as someone who spends a lot of time in the policy debate over digital governance, I find it incredibly refreshing to learn from someone who has an entirely different epistemological experience and perspective.

After centuries of religious affiliation being a primary way in which we identify ourselves and functioning as a primary hub of community, it now feels as if we live in a world dominated by technological forces. We talk about tech companies being “too big to fail” and we debate whether artificial intelligence or biotech will supplant the human mind and body. In his book Homo Deus: A Brief History of Tomorrow, Yuval Noah Harari suggests that Silicon Valley is birthing the new religions of the twenty-first century. That our lives are being guided by big data and algorithms that know us “better than we know ourselves.” And that we are placing great faith in our tech leaders, with the Elon Musks or Steve Jobs of the world achieving almost prophet-like status.

Croft wrote in the Church Times a few years ago that “in the 19th century, and for much of the 20th century, science asked hard questions of faith. Christians did not always respond well to those questions and to the evidence of reason. In the 21st century, however, faith needs to ask hard questions once again of science.”

Three hundred years ago, it was science that posed the challenge to religious authority. Now, the tech companies are the ones with the power and are using it to push into spaces and conversations that were once the domain of religious institutions — conversations about identity, community, spirituality, epistemology and even the meaning of life. Croft uses precisely this historical and spiritual framing to challenge that very power — and to demand that we think more holistically, and even humanely, about technology. Perhaps by viewing technologies through Croft’s lens, we may be able to focus more on how they can bring us together rather than divide us, how they can be used to better our lives rather than capture our attention, and how indeed they should be governed rather than left to self-regulate.

The tech policy conversation is driven by technocrats — experts who debate the nuances of regulations, laws and norms. Because of this limited frame, the discourse is too often devoid of human complexity, whether it be politics, culture or, indeed, faith. If these policies are going to speak to the citizens who must ultimately enforce, support and promote them, then the conversation simply must be broader. Steven Croft plays an important role in this necessary deepening of the digital governance debate. 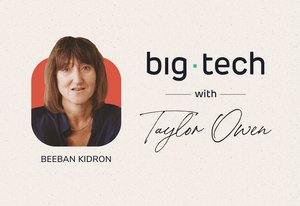 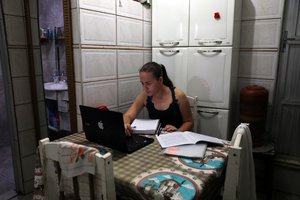 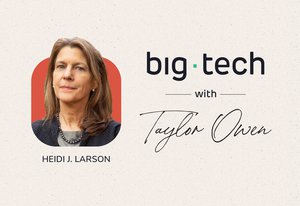