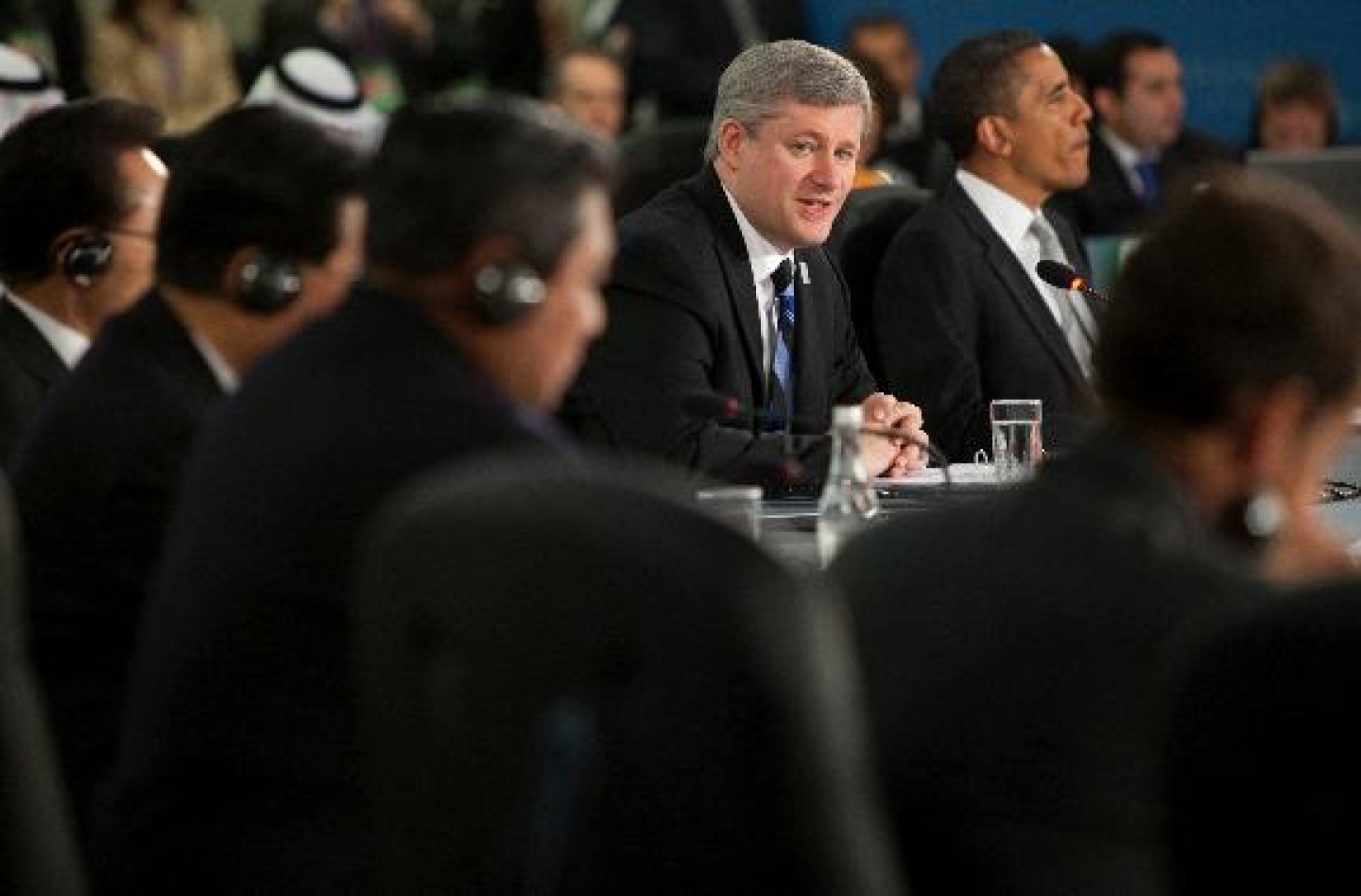 Prime Minister Stephen Harper today made the following remarks at the Opening Plenary session of the G-20 Summit in Toronto:

“Good day, ladies and gentlemen, and welcome to Canada and to the magnificent city of Toronto, which is our country’s largest city, and I would like to say, home of the most solid financial sector in the world.  We are very pleased and proud to be holding the G-20 Summit.

“In welcoming you, I’d like to make a few observations about what we must achieve here.  At Pittsburgh last year, the G-20 officially declared itself the world’s premier forum for international economic cooperation.  Now with such a claim and with the global recovery that remains fragile, it is incumbent upon us to act with the same unity of purpose, the same sense of urgency and the same commitment to the enlightened exercise of our national sovereignty, as we did in the depths of the crisis in order to begin to develop a framework for strong, sustainable and balanced growth that we promised the world in Pittsburgh.

“The coordinated actions taken to date by the G-20 are producing positive results that are benefiting the entire world.  However, the recovery remains fragile.  To be frank, private sector demand is not yet where it should be in some of the G-20 countries.

“Since we last met, new risks have unearthed in the global economy.  To cite a couple to which the IMF drew attention recently, fiscal deficits, debt level, debt levels in advanced countries, as well as the premature end to stimulus.  I would add to these the need to follow through on regulatory reforms in the financial sector, and of course, the silence on protectionism.  The recent skittishness of markets is telling us that they are awaiting our actions, actions that must be decisive, but also coordinated and balanced.  Here is the tightrope that we must walk to sustain recovery.  It is imperative we follow through on existing stimulus plans, those to which we committed ourselves last year, but at the same time, advanced countries must send a clear message that as our stimulus plans expire, we will focus on getting our fiscal houses in order.

“Financial consolidation plans must be credible.  They must lay out easily understood objectives, and member countries must be accountable for achieving these objectives.

“Specifically, we should agree the deficits will be halved by 2013.  We should also agree that government debt to GDP ratios should be stabilized by 2016 at the least, or put on a downward path.

“Since some of us will meet these objectives earlier, we should agree to consider them as minimum fiscal targets.

“Yet this fiscal consolidation will only succeed if we take concerted action across the G-20 to support global demand to tackle structural rigidities and unacceptably high rates of unemployment and reduced global poverty.

“The whole world is watching us, because the fate of millions of people depends on our actions.

“So what does success look like?  According to my rough estimate, global output could be boosted by a cumulative 6.5 per cent over the next five years if we act in a coordinated manner and avoid pitfalls. This could raise global output rates by $4 trillion, the creation of 52 million new jobs and 90 million people lifted out of poverty.

“But if we fail to take decisive, coordinated and balanced actions, a bleak scenario might emerge where millions of people could lose their jobs.  This is the responsibility we have, not only toward our constituents, but also toward all the citizens of the world.  We must go on to lay the foundation for strong, sustainable and harmonious growth.

“Ladies and gentlemen, now as before, we must work and act together.  Once again, welcome, and I hope all of our discussions will be productive.

This document is also available at http://pm.gc.ca