Students Comprise Half of Congress Delegation 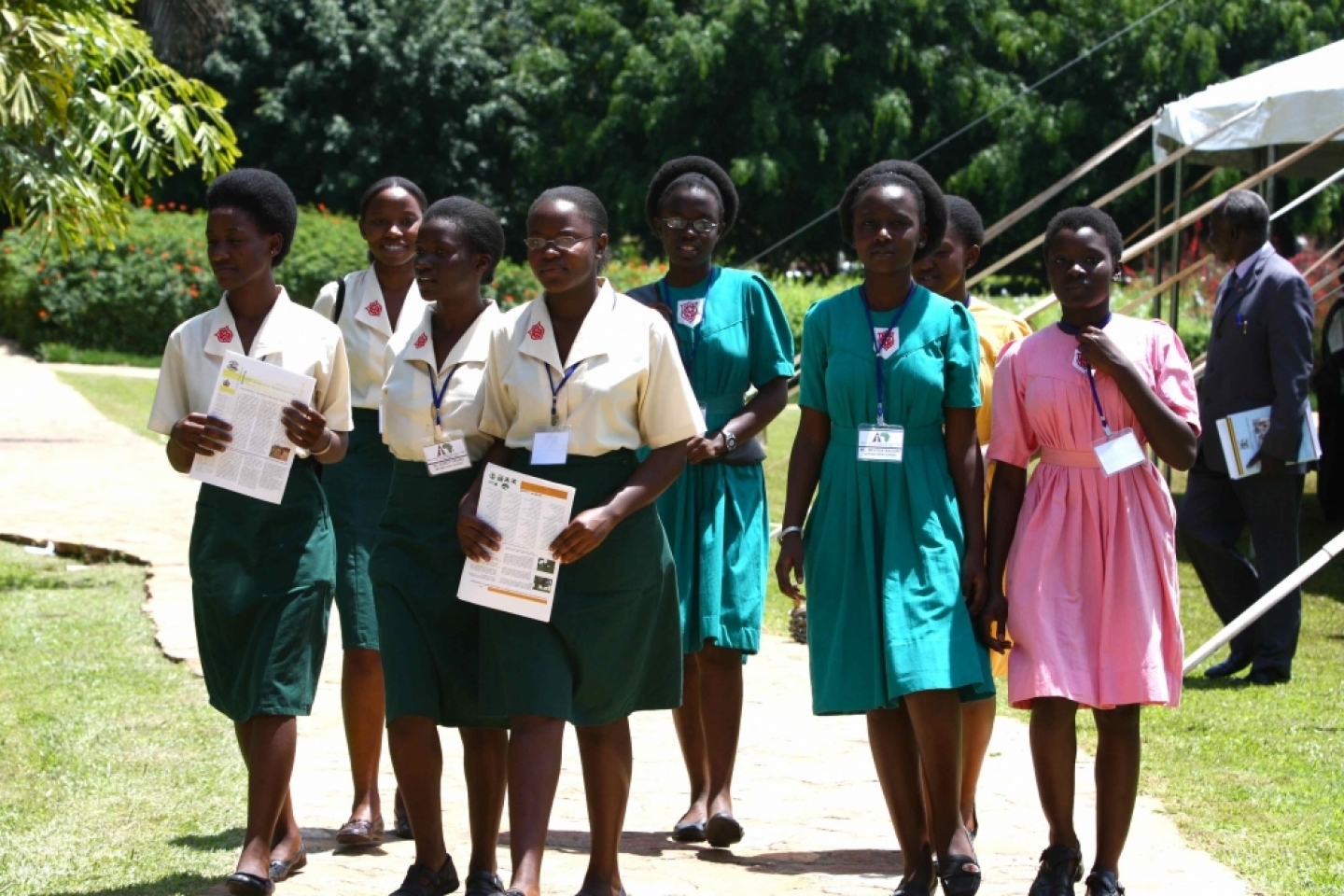 With ‘Awareness. Mitigation. Adaptation.’ as its slogan, the African Initiative’s Congress on Climate Change got off to a good start on its opening day with presentations on each of these themes. That said, one of the most impressive features of the Congress was not only the scope of its topics covered and the sheer size of its audience (over 600 delegates), but the fact that half of these were representatives from Uganda’s secondary schools. Secondary school children were invited to join the Congress as part of AI’s mandate of awareness-raising. While the importance of communicating information about climate change to local leaders and government representatives cannot be over-emphasized, educating children about the phenomenon, including its history, present manifestations and future solutions, is an impressive accomplishment. What is most important is that these students are not simply in attendance. Their participation is of the utmost quality, their comments nothing short of impressive. Not only are they eager to participate during question period and gather the courage to stand up in front of the large crowd gathered, but they do this with the highest degree of confidence and present their questions and arguments in a most eloquent manner. Inquiries ranging from the use of plastic bottles and shopping bags to soil degradation and the actions of local leadership have been raised by the attending students. The African Initiative’s aim is to communicate the effects of climate change as widely as possible. Educating students about the phenomenon, raising not only awareness, but allowing them to bring forward their own views and solutions to the problem is indeed a notable achievement and one that will remain among one of the African Initiative’s most important foci.
The opinions expressed in this article/multimedia are those of the author(s) and do not necessarily reflect the views of CIGI or its Board of Directors.