Looking back on the strategies that the United States, the United Nations and the North Atlantic Treaty Organization (NATO) deployed in Afghanistan whose failure led to the Taliban’s seizure of Kabul on August 15, I am haunted in particular by the events of two separate months, occurring 18 years apart.

The first was March 2003. Khalid Sheikh Mohammed, with the nom de guerre Mokhtar, was the main architect of the 9/11 conspiracy. A Pakistani from Balochistan, he was an asset of Pakistan’s Inter-Services Intelligence (ISI) who worked for Abdul Rasul Sayyaf, leader of one of the seven Afghan mujahideen parties in late 1985, and arranged for Osama Bin Laden to visit one of his wives in Karachi in 2002 or early 2003.

On March 1, 2003, ISI arrested Khalid Sheikh Mohammed in Rawalpindi, Pakistan, later handing him over to the United States. He was subsequently tortured, denied habeas corpus, detained as a prisoner of war, then convicted in a civilian trial (in violation of the Geneva Convention). He is now in prison and facing the death penalty in the United States.

Mokhtar was arrested just before a Pakistani military delegation arrived in Washington. The delegation was led by military dictator Pervez Musharraf’s direct subordinate, General Mohammad Yusaf Khan, then holding the senior-most position in the Pakistan Army, vice chief of the army staff, who was accompanied by Major General Ashfaq Parvez Kayani, then the director general of military operations for the Pakistan Army, according to Steve Coll in his 2014 book Directorate S about the ISI unit responsible for Afghanistan. The visiting Pakistanis found US military and intelligence leaders totally preoccupied with the forthcoming invasion of Iraq, which began on March 19. Mokhtar’s capture had left them convinced that the Pakistani side was following through on their commitment to dismantle Al Qaida and other terrorist groups.

In fact, given that the US side had not made new demands and was refocusing on Iraq, the Pakistani generals concluded it was time to restart their proxy war in Afghanistan, where Taliban field commanders were ordered to return to the offensive. On March 27, Ricardo Munguia, a 39-year-old water supply engineer for the International Committee of the Red Cross, was murdered on a road in Oruzgan province on the orders of Mullah Dadullah “Lang” Akhund, a Taliban commander who would lead the movement’s military resurgence, particularly in southern Afghanistan, until his death in 2007. A string of attacks against aid workers followed through 2003 and 2004.

Over the subsequent phases of Pakistan’s proxy war in Afghanistan from March 2003 until March 2021, more than 120,000 Afghans were killed, alongside 158 Canadian Forces members and 10 Canadian civilians; 2,355 US military service members; 456 members of the UK armed forces; 534 military personnel from 28 other NATO member countries and partners; dozens of UN officials and aid workers; Indian and Canadian diplomats; and a United Arab Emirates ambassador and five members of his staff.

Throughout this period there was no move, by any state or international organization, to impose sanctions on Pakistan — although it was waging a large-scale covert war against Afghanistan, the United States, NATO and other states supporting Afghanistan under a UN mandate.

On the contrary, the international community endorsed “Afghan-led peace, reintegration and reconciliation efforts” at the London conference in 2010. It stood by when the United States did a deal with Taliban in February 2020 that excluded the Afghan government and pledged to withdraw all American and allied military forces by April 29, 2021. On April 14, 2021, US President Joe Biden confirmed US forces would depart before the twentieth anniversary of 9/11.

The second fateful month was May 2021. Less than one month after Biden’s announcement, Pakistan’s military leader General Qamar Javed Bajwa went to Kabul. He was Pakistan’s third chief of the army staff since Musharraf, and the second since Kayani to make the trip. He arrived on May 10, in an aircraft provided by General Sir Nick Carter, the chief of the UK Defense Staff, who had commanded the International Security Assistance Force Regional Command South in Afghanistan. According to then-president Ashraf Ghani, Bajwa opposed a Taliban comeback but admitted “some of the lower levels in the army” in Pakistan held the opposite view. Bajwa assured reporters Pakistan remained committed to peace. Pakistan’s invasion started the next day, taking 95 days to reach Kabul.

Seven lessons point to a need for dramatic change if we want a safer world better equipped to protect vulnerable populations from proxy war, despotism and abuse.

Up to the very end, the United States and its partners exaggerated prospects for peace, misunderstood the real nature of the war and ignored Pakistan’s role.

The following seven lessons point to a need for dramatic change if we want a safer world better equipped to protect vulnerable populations from proxy war, despotism and abuse:

First, we can never again rely on a strategy backed by intelligence assessments that leave out the actual belligerent. NATO countries need national and shared capacity to understand clearly what Pakistan, Russia, China, Iran and other aggressive players are doing to us, to their neighbours and to each other. We can no longer rely on the United States to anchor this effort.

Second, those who plan and undertake attacks as part of proxy wars need to be held to account. They can be held as prisoners of war, or arrested as criminal suspects, but not both. The best solution would be to expand national and international judicial capacity to prosecute and try members of recognized terrorist groups and key protagonists in today’s proxy wars.

Fourth, Pakistan deserves withering sanctions. The scale of its proxy war and invasion in Afghanistan dwarfs anything Russia has undertaken in Ukraine since 2014. Every day that Pakistan escapes accountability for reimposing the Taliban on Afghanistan, the authority of the UN Charter, NATO credibility and US influence and prestige fade. As former chairman of the Joint Chiefs of Staff Mike Mullen has now said, it is time to “cut Pakistan loose.”

Fifth, we need to increase our shared capacity to defend human rights; support independent media to engage in professional journalism; and give voice to groups, peoples and movements facing repression, proxy war or genocide. This should involve attempts to rescue the UN Human Rights Council and other existing bodies from their current torpor, while deploying additional multilateral capacity backed by democracies to counter propaganda, disinformation, dictatorship and armed conflict supported by regimes enjoying impunity.

Sixth, the international community should unanimously and vocally condemn the illegal Taliban regime, which has already engaged in war crimes, and support the Afghan resistance.

Seventh, Canada should lead a coalition of friends and partners of Afghanistan to deliver the largest and most effective response possible to the massive and unprecedented humanitarian, internally displaced persons and refugee crisis that will follow. We need to see safe havens for the vulnerable, continued support for schools and a large-scale initiative to prevent famine.

At the end of the day, the rules of the UN Charter — sovereignty, non-interference, a commitment to human dignity and basic freedoms — must apply to all of us on this planet, or they will protect none of us.

Chris Alexander was Canada’s ambassador to Afghanistan (2003–2005), deputy special representative of the UN Secretary General (2005–2009), and Canada’s minister of citizenship and immigration (2013–2015). He is the author of The Long Way Back: Afghanistan’s Quest for Peace (HarperCollins, 2011) and “Ending Pakistan’s Proxy War in Afghanistan” (Macdonald-Laurier Institute, 2021). 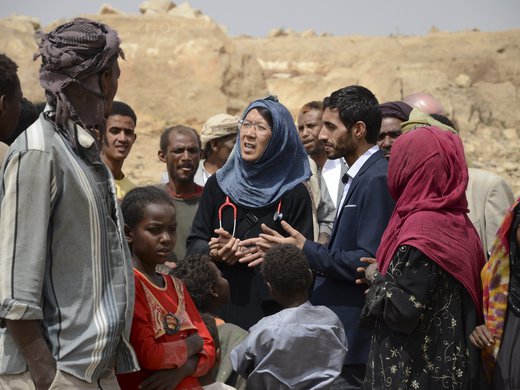 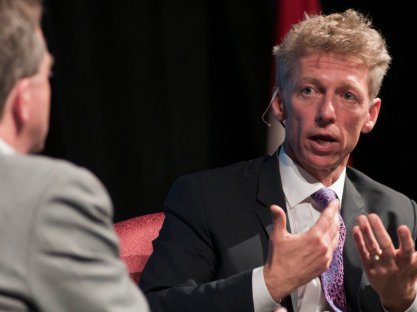