The United States set a clear agenda at the Vancouver meeting, inviting the world to join or to get out of the way 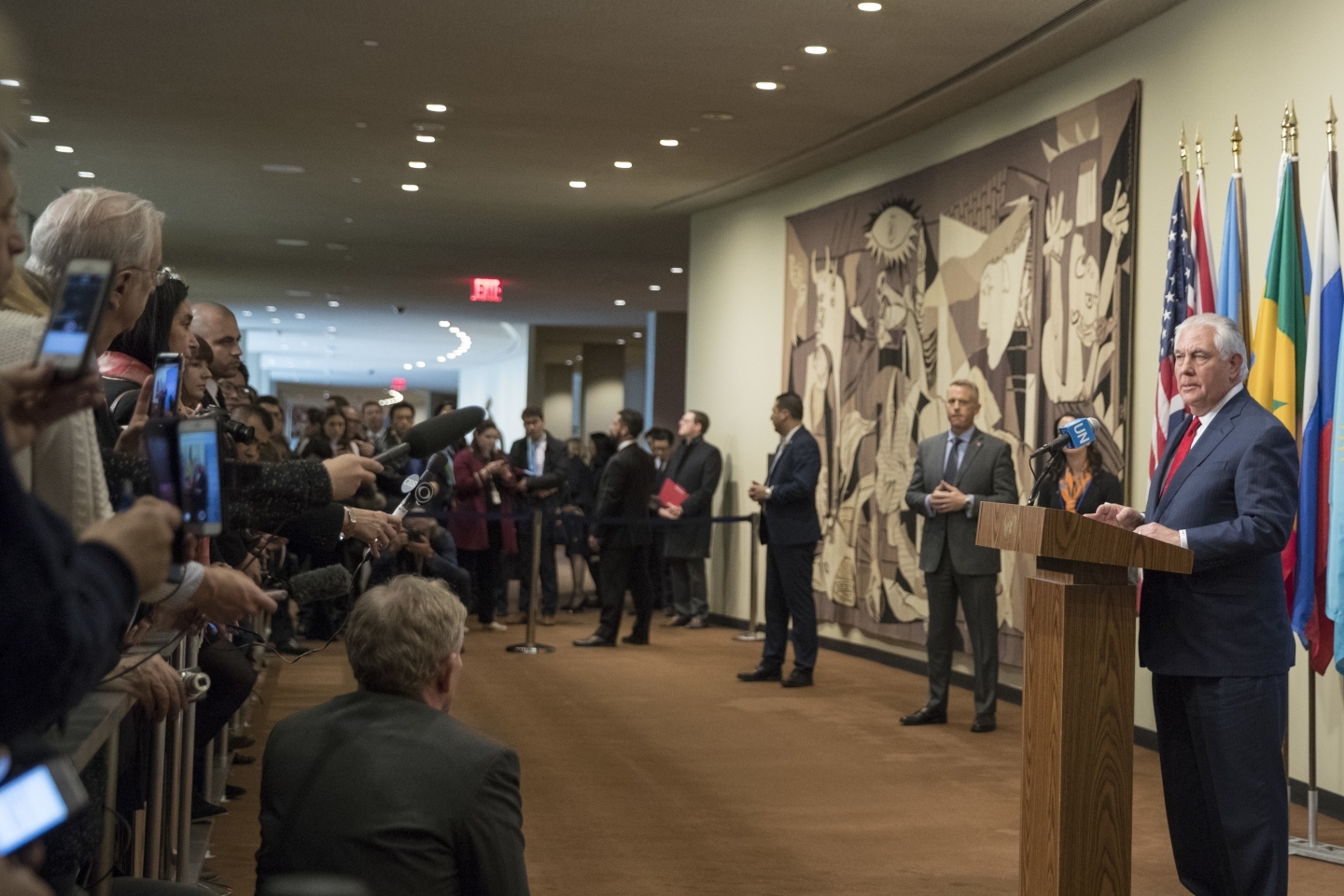 Most of the discussions at the January 16 Vancouver Foreign Ministers’ Meeting on Security and Stability on the Korean Peninsula were held in camera. However, opening comments — from delegates representing Canada, the United States, Japan, South Korea and the United Kingdom — and the closing press conference hosted by Canadian Foreign Affairs Minister Chrystia Freeland and US Secretary of States Rex Tillerson provide some hints about the challenges facing the Vancouver Group and where the United States’ non-proliferation policy is heading.

Vancouver probably did not generate the fresh, new ideas about the denuclearization of North Korea that some were hoping for. Instead, a different kind of progress was made: the United States set a clear agenda and invited the world to join or to get out of the way. While this doesn’t resolve questions about how to negotiate a lasting solution with China and Russia (let alone North Korea) it clarifies where the United States is going, how it plans to get there and what it hopes to accomplish.

The United States Is Sticking to the Playbook

The meeting provided no evidence that the United States — or its allies — is willing to deviate from the current policy track. For the foreseeable future, the playbook will include economic sanctions designed to inflict enough pain on the Workers’ Party of Korea (WPK) and Kim Jong-un’s administration to convince North Korea to halt their nuclear weapon and ballistic missile program. If nothing else, this strategy is sustainable. As long as North Korea does not create an immediate crisis — such as a military confrontation with the United States, Japan or South Korea — the rest of the world can maintain the sanctions regime. The rest of the world isn’t likely to feel effects from sanctions on North Korea. Some firms in Russia and China might suffer, but the damages in the United States, Japan, South Korea and others would be trivial.

Whether this strategy will work is another question. To put it simply, the North Korean ruling elite might be able to withstand sanctions. While sanctions often compel governments to talk, the WPK and Kim’s inner circle could insulate themselves from the hardships of the North Korean people while still holding the reins of power.

China and Russia Could Be Part of the Solution

Beijing and Moscow can play a constructive role in managing North Korea, but they’ll need to adjust their policies. Secretary Tillerson was unequivocal when he dismissed the Sino-Russian “freeze-for-freeze” formula that would see South Korea and the United States suspend bilateral military exercises in return for a pause in North Korean ballistic and nuclear activities. Not only would the US military’s long-term credibility in Asia be decimated if they acquiesced, but the United States would also be complicit in allowing two nuclear-armed powers to dictate the military policy of South Korea. This precedent would not be taken well in Seoul, Washington, Tokyo or Ottawa.

Both Tillerson and Freeland repeatedly invoked the language of international law to remind China and Russia that both governments, through the United Nations Security Council, have repeatedly called on North Korea to end its nuclear weapon and ballistic missile activities. While the Security Council may very well be an imperfect institution that privileges the strong over the weak, there is a near-global consensus that its decisions hold something close to the weight of law. The suggestion that the United States and South Korea should suspend their sovereign rights to get Pyongyang to suspend a weapon program that the world considers illegal is a non-starter. Tillerson may not change the minds of Russian Foreign Minister Sergey Lavrov and his Chinese counterpart Wang Yi with his rhetorical jab, but he did make it clear that the problem is not China or Russia, but their policies.

The repeated references to international law and North Korea’s obligations under said law dovetail nicely into the claims from Freeland, Tillerson, South Korean Foreign Minister Kang Kyung-Wha and UK Foreign Secretary Boris Johnson that the North Korean problem is not only northeast Asia’s problem but the world’s problem. This messaging is consistent with South Korean and US lines of argument that have been deployed in other international forums: don’t ignore North Korea’s nuclear weapons and its ballistic missiles. The risk they pose extends far beyond the Korean Peninsula. Allowing the Kim government to acquire nuclear weapons risks undermining legal and social prohibitions against nuclear arms, and could even cause other would-be proliferators to conclude that global admonitions against nuclear proliferation won’t be backed up by substantive action. This is a global problem, hence the gathering of the global group that Canada and the United States assembled in Vancouver. Whether all the participants came to (or left) the meeting with the same view remains to be seen.

Japanese Foreign Minister Tarō Kōno’s suggestion that North Korea’s recent flurry of diplomacy with South Korea was intended to deceive the world and divide nations that are only softly committed to denuclearization hints that the United States (and like-minded countries) still have some work to do. Whether Kōno was aiming his comments at his South Korean counterparts or countries outside of the room (China and Russia), the point remains the same: the United States is trying to create a coalition that will enact a slow, grinding strategy to achieve a single-minded goal. It is entirely possible that some governments will conclude that sanctions are not working and that other goals (like learning to live with a nuclear North Korea) should take precedence. The United States is going to need to constantly maintain this coalition.

The Vancouver meeting did not fundamentally change anything, but it does look like an important diplomatic victory for the United States. Tillerson’s State Department convinced a third country to host a ministerial summit with a near-global guest list, and to lay out the United States’ plan to tackle a foreign policy challenge that has bedevilled four American presidents. While the United States’ North Korea policy is far from unassailable, and major questions about the feasibility of the complete denuclearization of North Korea remain, the Vancouver ministerial was a substantive and serious exercise in coalition building. The next, far more arduous task will be to determine if that coalition does in fact have a credible negotiating partner in Pyongyang. 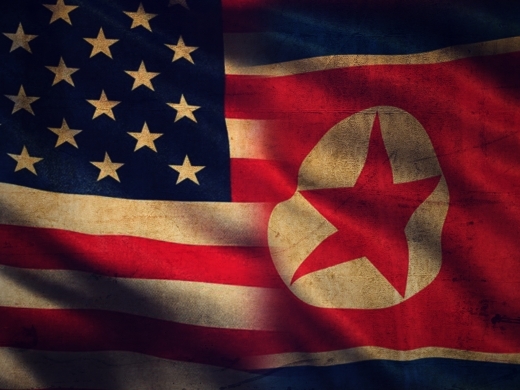 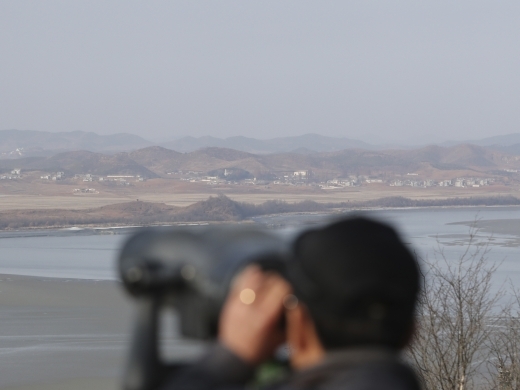