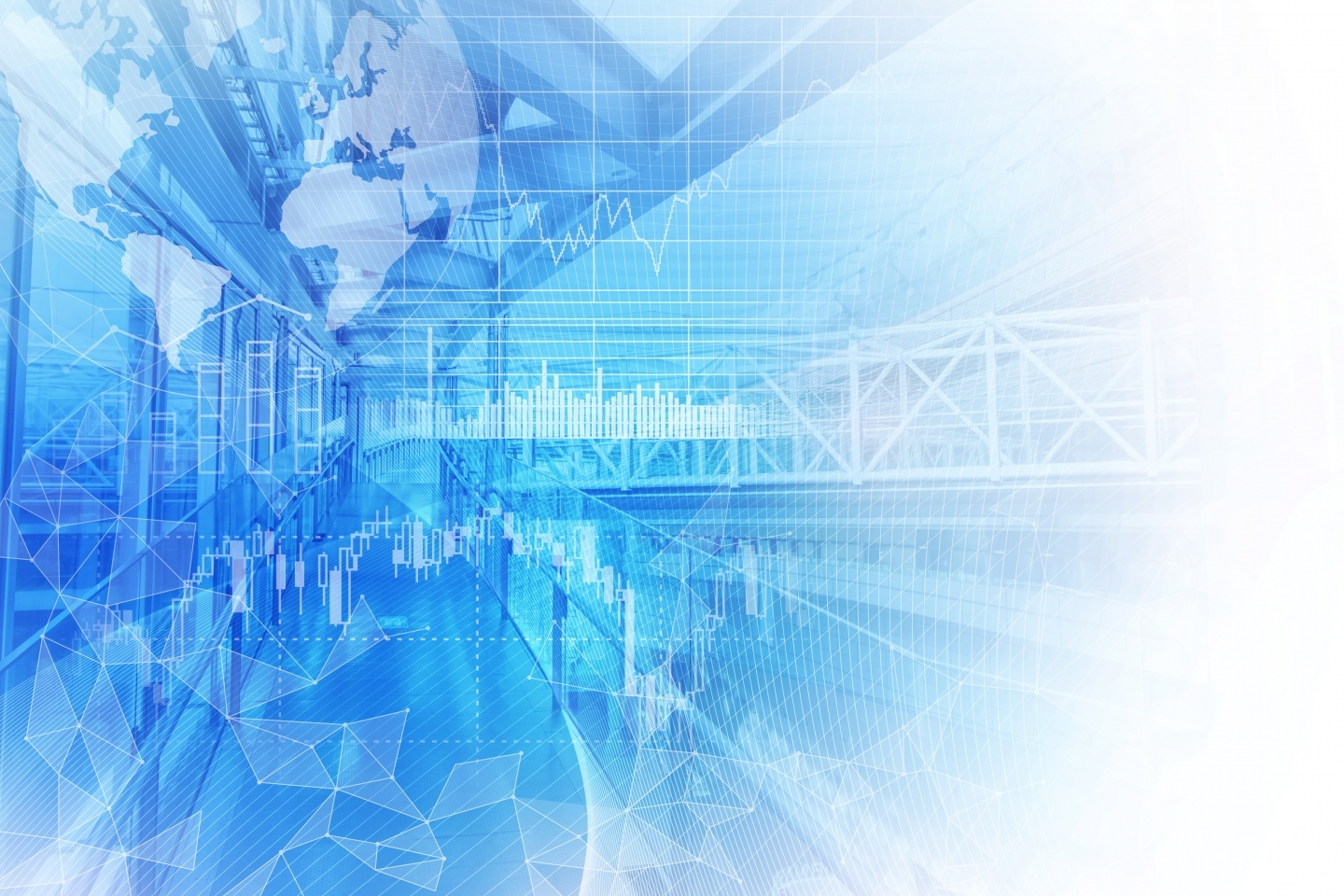 The long depression after the 1929 crisis had already shaken from the very foundations the multilateral scheme based on gold exchange standard, but, after it was suspended in the years of World War II, it became evident that the aftermath would have required a new world economic order.

It was then during wartime, in 1944, that the conference held at the Mount Washington Hotel in Bretton Woods (New Hampshire, United States) paved the way for a new architecture of the monetary system to come. British economist John Maynard Keynes proposed a new global, supranational, reserve currency (the ‘Bancor’), but this idea never got momentum.

Rather, leveraging the new balance of powers amongst allies, the US representative, Harry Dexter White, pushed for the return to a gold exchange standard scheme, based on a central role for the US dollar, as the main international reserve currency. Given the new role of the US as leading economy in the World, such idea was adopted, and this new system resisted for over 25 years.

It would have rather proven his flaws and limits in the following two decades, as trade imbalances caused tensions on the other currencies parities against the US dollar, forcing twice (1963, 1968) a realignment, and, finally,
the generalized abandoning of the system by 1973, after the US de-pledged their currency from gold (August 13th,1971).

This was mainly caused by the growing pressure on the US Fed to return gold against dollars to compensate for continuing trade unbalances, allowed by the system that had enabled the US to maintain permanent current account deficits for long time (but finally arriving to a non-sustainable point, as Robert Triffin’s analysis of the ‘dilemma’ pointed out).

In 1965, Jacques Rueff, president De Gaulle’s economic adviser, criticized the Bretton Woods international monetary system with the famous allegory of the tailor: he imagined a customer who had an agreement with his tailor that whatever money he would pay him, the tailor will return it to him, on the very same day, as a loan; such customer would have continued ordering suits from his tailor indefinitely.

On this example, Rueff based his argument that the Bretton Woods system hindered commercial disequilibrium adjustments, as the country supplying the currency convertible into gold, the US, could finance its trade deficits without limits.

Differing from the gold standard, which Rueff supported, the gold exchange standard allowed the central banks of countries with a current account surplus to increase money supply on the basis of reserves held in gold, dollar and dollar-denominated assets.

As a consequence, because countries with a current account surplus that purchased dollar-denominated assets maintained their own reserves in the US central bank as dollars, the outflow of dollars from the US, caused by its trade deficit, did not actually determine - at least until the point when the credibility of the issuer became at stake - an outflow of gold.

Nevertheless, also after 1971, the US dollar remained the main international currency, also as a consequence of the US-Saudi Arabia deal on oil to be traded exclusively in US dollars, and even gained a broader role, as the ‘exorbitant privilege’ for the Fed being the issuer of the international reserve currency without any pledge or constraint and, rather, full freedom of managing an independent monetary policy.

This role lasted unchallenged until current days and has never been put seriously at stake neither by new ‘strong’ currencies (the euro), nor by the emerging relevance of new powers (China).

Whilst Western European countries were also forced to give up the gold convertibility of their currencies, and exchange rates started to float freely, in Europe, exposed to financial stability risks in the 70s, also due to oil crises, the reaction was oriented to find a new stability mechanism, based on price stability and with the D-mark as its centre (given Bundesbank pledge on inflation as an economic policy goal).

After the accession of China to the WTO in 2001, there has been talks about a ‘renewed’ or ‘second’ Bretton Woods, with some of the principal Asian currencies, in particular the Chinese renminbi, in addition to Latin America’s currencies, pegged to the dollar alongside with controls on international capital flows between these countries and the US.

The story of this ‘second’ Bretton Woods, and the global imbalances associated to it, is instructive. The rapid Chinese economic growth coincided with its accelerated integration in the global economy. Its double-digit growth in trade with foreign countries, compared with the overall growth in global trade, generated increased and persistent trade balance and current account surpluses.

Until 2005, by maintaining a fixed exchange rate with the dollar and controls on financial capital outflows, China had, for many years, avoided adjusting its trade imbalances, also by accumulating official foreign reserves, which in 2011 accounted for 25% of registered central banks’ global foreign reserves.

The illusion about a new stable system and of a potential for continuing economic growth worldwide had a sudden end in the wake of the 2008 crisis. Given the failure of monetary response (QE) in the following years and given the global response to the current pandemic crisis in terms of a new, semi-unlimited monetary expansion, a debate about the adequacy of the international monetary system has gained momentum.

Current continuing trade imbalances (particularly amongst China and US) are leading to a permanent tension on the monetary system. But, notwithstanding all this, the US dollars remains even today – and the 2008 crisis has demonstrated it - the main ‘safe asset’ for international relations and represents three-quarters of the currency reserves of all central banks.

The Chinese central banks’ governor, Zhou Xiaochuan, published on March 23rd 2009, a paper on the journal of the Bank for International Settlements, evidencing the problem of the impossibility to deal with global macroeconomic imbalances and assure financial stability without confronting the unsolved issue of the international monetary system, namely the absence of an international reserve currency pegged to a stable value.

Zhou’s proposal was to immediately reconsider the Special Drawing Rights (SDRs) role, which, created by the IMF in 1969, were intended to be an asset held in foreign exchange reserves under the Bretton Woods system of fixed exchange rates.

In particular, it was proposed to foster the use of the SDRs as a medium of exchange not only between the commercial and financial transactions of governments and financial institutions. Moreover, part of every country’s official reserves should have been managed and held by the IMF so that market stability would be strengthened.

On 17th and 18th July 2019, the finance ministers and central bank governors of the G7 countries, meeting in Chantilly, France, discussed with ill-concealed concern the Facebook plan to launch the Libra, a stablecoin presented as a simple means of payment but pegged to a basket of stable currencies.

The topic was not underestimated. Not because of any danger in the specific project, as its probability of success was low, but because it was immediately understood as representing the first real potential challenge launched at what remains of the international monetary system established at Bretton Woods (and, what is more, such challenge was to be launched by a pool of private companies).

Presented as a mere cross border means of payment directed on drastically cutting the cost and time of transnational payments and to include large sectors of the population that, especially in developing countries, are effectively excluded from payment methods based on banking systems, this new cryptocurrency project with global ambitions paved the way for a larger challenge.

The only efficiency gains, given by the transition to digital currencies, do not appear huge today if we consider that new technologies have already activated widespread payment systems tied to private platforms without the need to adopt, as a unit of account or store of value, a cryptocurrency.

After one month, one of the participants of the G7 meeting in July, the governor of the Bank of England Mark Carney, speaking in front of an audience made up of bankers and economists at the Jackson Hole annual meeting in Wyoming, suggested that the world dependence on the US dollar is not sustainable anymore and invited the IMF to take the lead on designing a new international monetary and financial system based on multiple currencies.

Carney pointed out that currently global growth is strongly affected by the impact of economic events and by US monetary policies, leaving countries exposed to the volatility of the dollar. Mark Carney’s conclusion, as that of other economists, is that this multipolar system could be based either on several international currencies or a single global currency, which could take the form of a global electronic currency.

However, the transition to a new international reserve currency is a complex issue that follows not only an economic decline of the issuer country, but also the diffusion of the new currency as a medium of exchange, which, therefore, must be efficient and convenient in the international payments.

Technology can help on this by, using Mark Carney’s definition, creating an ‘hegemonic synthetic currency’ through a network of central bank’s digital currencies. But behind this digital scheme one needs a credible group of states.

Those who argue against a new global currency recall data showing evidence about the persistent dominant role of the dollar, demonstrating that the strength of the dollar as a safe asset does not simply result from the current network effect. As recently claimed by Henry M Paulson Jr, Secretary of the Treasury during the George Bush administration, “the privilege conferred on the US Dollar as the global reserve currency was hardly preordained.”

The globalization process as we saw in the last years has arrived at a landmark moment. The pandemic crisis has suddenly put an obstacle to a seemingly unstoppable process, which led to growing production and financial hyper-connectivity for practically all countries around the world, and also brought to the fast movement, not only of goods and persons, but, increasingly, of ideas, knowledge, uncertainties and fears. But, today, ‘globalization’ is challenged as a long-lasting process.

The economic consequences of the COVID-19 will depend on the expansion and the length of this pandemic event, and by the subsequent length of the interruption of the productive and consumption chains that the measures, motivated by the need to halt the epidemic, have determined.

Over seventy-five years after the debate amongst John M Keynes and Harry D White about the eventual need for the international system of a global and supranational reserve currency (not controlled by any state), it may be the moment to reconsider a new international deal to ensure stability and prosperity to the international economy.

The task is not to rebuild an international order from the ground up: many prevailing institutional structures are sound. But do they all meet twenty-first century needs? Past examples, such as the interwar period, demonstrate how instability can have a lasting impact on the international monetary system.

Only a coordinated effort about the reconstruction, in a new deal, of the monetary system worldwide, could be the way to avoid a very costly ‘financial war’.

We now need to rethink a new scheme for the years to come, which entails a new Bretton Woods initiative, jointly promoted by all main economies, including the new emerging ones. Possibly, the first step should be a renewed EU-US Transatlantic pact.