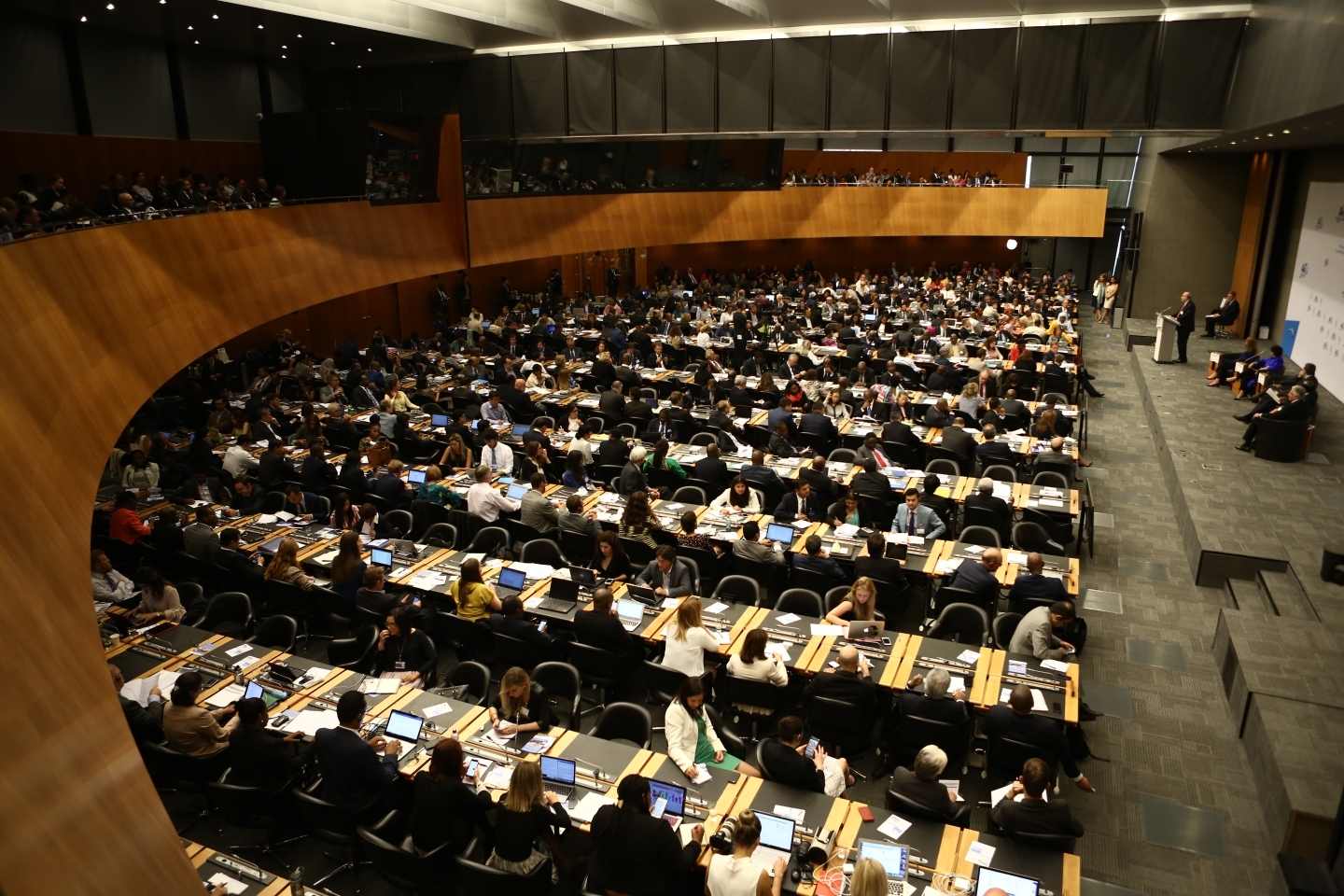 Aid for Trade, which underwent global review in 2017, will focus on women's economic empowerment in upcoming initiatives. (WTO/Jay Louvion)

A progressive trade agenda, as put forward in the Canadian context, is possible and necessary. The impacts of trade and trade policies on gender equality are diverse; understanding those impacts can provide a “win-win” for both gender equality and trade.

Gendered Impacts of Trade: The Evidence

Globalization has been credited with boosting growth and wealth across the world and blamed for rising inequalities. It has also created job opportunities for large numbers of people, including many relatively poor women in parts of Asia, although the quality of such jobs remains a key challenge. There are also concerns that these gains come at the expense of others.

Rigorous research, including that supported through the International Development Research Centre’s (IDRC's) Growth and Economic Opportunities for Women (GrOW) program, shows that the gendered impacts of trade and trade policies are diverse, refuting economists’ hypotheses that increased competition would reduce forms of discrimination. Studies by Janneke Pieters and colleagues show, for example, that trade liberalization in Brazil had little impact on women’s employment (but had negative effects on men). In Indonesia, trade liberalization increased employment of women. And in India, the period of trade liberalization saw both a decline in women’s labour force participation and continued “distress” participation linked to high rates of poverty.

Thus, context matters. Importantly, there is strong gender segmentation in economic opportunities and labour force participation. Research under the University of Göttingen’s GrOW project shows that this segmentation is more persistent than generally thought. In fact, the segmentation increases as gender gaps in education decrease. Just as trade liberalization typically impacts each sector of an economy differently, gendered impacts are likely to differ, too.

While the links between trade and gender equality are complex, rigorous analysis can help us understand why we don’t see more positive developments and identify the conditions under which a “win-win” situation emerges.

First, keep the broader context in mind. The impacts that are identified in research by Pieters and others are embedded in broader changes. As Stephanie Seguino recently highlighted in an IDRC seminar in December 2017, while the global expansion of employment opportunities for women is coming to a halt, this is also the case for men, and it may be part of a broader trend of growing inequalities and changing relations of production.

Second, the impact of trade is mediated through national and international institutions. If the impact of trade liberalization, for example, depends on patterns of segmentation within countries, national policies to address these — such as education, campaigns, wage equality, child care and so forth — are critical. Similarly, social protection policies are needed in a global economy, especially to address the frequent labour market adjustments that come with more open economies.

Third, trade impacts gender equality through multiple channels. The nature of trade has changed, and global production is organized increasingly through value chains. The impacts of multinational companies on local development are constantly increasing, and as a result, the protection of foreign investors, dispute-resolution mechanisms and intellectual property rights provided for in trade agreements are critical development issues.

In the Canadian context, there is potential to enhance the impact of trade and value chains on sustainable development, including gender equality. In line with arguments made to promote Indigenous peoples’ rights in trade, which highlight that promoting such rights can help enhance investors’ confidence, I believe that well-designed initiatives, anchored in international commitment and informed by solid and independent evidence, are both needed and possible.

Gender equality can be an explicit aim within trade agreements. This is exemplified by the gender chapter in the Canada-Chile Free Trade Agreement — which highlights that “improving women’s access to opportunities and removing barriers in their countries enhances their participation in national and international economies,” — and in the Declaration on Trade and Women’s Economic Empowerment signed at the World Trade Organization (WTO) conference in December 2017.

In contrast, according to a recent analysis by the United Nations Conference on Trade and Development, gender chapters in recent trade agreements contain few nationally specific goals and measures, and are not covered by dispute-settlement mechanisms. They can, however, promote cooperation on initiatives for women’s economic empowerment.

First, there is a critical need for gender-disaggregated data. Information about sex and age distribution of employees is essential to understand impacts of trade and investment, and the impact of protective policies. Very few countries have consistently tracked gender and women’s access in financial systems — Chile being a major exception. Gender disaggregated data is also key to ensuring that public procurement and trade facilitation can cater to the specific needs of women-owned enterprises.

Second, capacity and leadership are key. The WTO-led Aid for Trade initiative, which helps address trade-related constraints that developing countries face, highlights that building in measures to address the gaps women face, such as in connectivity, is critical. Deepening collaboration between the diplomacy, trade and development sides of countries’ foreign policy may help unlock new opportunities.

Finally, partnerships are critical in two main areas. It is important that debates are global, and that voices of countries and groups in the Global South have an equal influence on the shaping of policy measures for more inclusive trade. There are also important opportunities for public-private sector collaboration and to build on initiatives of multinational companies, as described in a recent report by Oxford University’s Linda Scott. Public policy can help leverage initiatives such as the Global Compact that voluntarily commits chief executive officers to promote the UN Sustainable Development Goals, directly helps enhance market access through trade facilitation and requires supplier diversity.