Trudeau Must Look Beyond Bilateral Relationship 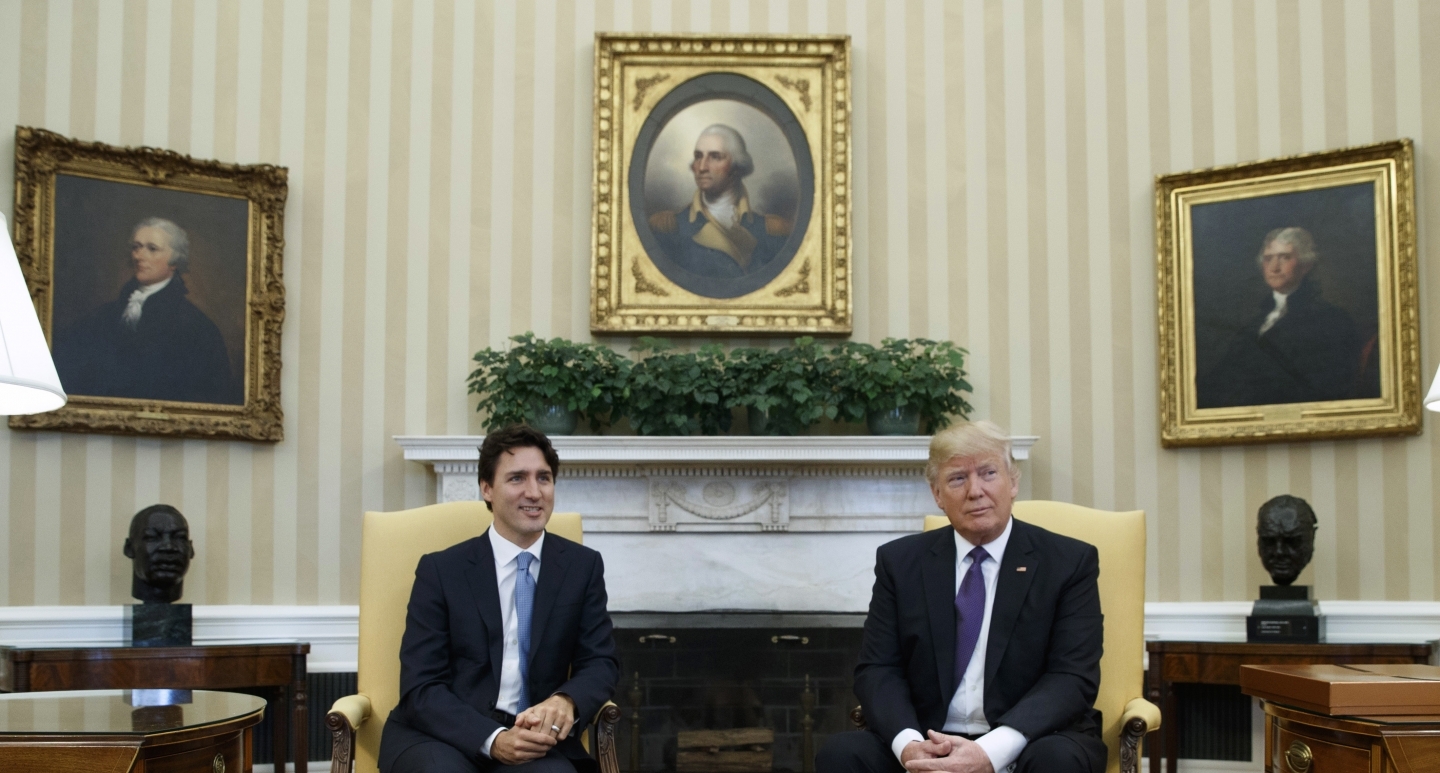 The unexpected result of the US election and, before that, the Brexit vote in the United Kingdom point to deep dissatisfaction with, and alienation from, the international status quo. In France, Germany and other countries, populist parties of the left and right have gained prominence, threatening political polarization. It is tempting to conclude that decisive blocks of voters have rejected the global economy created by what some refer to as “Davos man” and others dismiss simply as the “elites.”

To some extent at least, this ennui is understandable: almost a decade after the onset of the global financial crisis, the economic outlook in many countries remains clouded by the corrosive effects of uncertainty and the option value of waiting as firms hold off on investment and households postpone consumption; output remains below potential in many countries, and long-term unemployment remains persistently high, fueling the anger manifested in protest votes.

It is against this backdrop that Prime Minister Justin Trudeau meets for the first time with US President Donald Trump. While attention has understandably focused on the threat to the US-Canada relationship posed by Mr. Trump’s campaign promise to tear up the North American Free Trade Agreement, it is incumbent on Trudeau to consider what the signals from the White House mean for the international order — and Ottawa’s place in that order.

It is not just Canada that is perplexed by the new administration’s unorthodox approach to diplomacy. Donald Trump’s feints, whether strategic and intentional or not, have deepened the uncertainty surrounding the international outlook and multilateral arrangements. Europeans are questioning the commitment of his administration to the North Atlantic alliance that has anchored security (and international economic) policy for the past seven decades. Meanwhile, Beijing’s new relationship with Washington is far from settled.

Amid this uncertainty, Canada has an unparalleled opportunity to exert effective leadership on the international stage. It is well situated to play this role, consistent with past efforts to bridge Europe and the United States. There are several areas where Canada can contribute. Two stand out.

First, perhaps most important is the need to manage the transitions underway in the global economy. The remarkable integration of China into the global economy, together with the rise of other emerging market economies, has rebalanced global economic weights. This change was recognized by the creation of the Group of Twenty (G20) finance ministers’ process following the Asian financial crisis. A decade later, the G20 was elevated to a leaders’ process during the global financial crisis to signal the concerted political will of the group to adopt the policies needed to deal resolutely with the crisis and prevent a recurrence. As the 2009 Pittsburgh G20 communiqué noted: “It worked.”

There is, however, a pressing need to ensure that shifts in global power structure are adequately mirrored in the international architecture. If countries’ increasing economic size is not reflected in the basic governance arrangements of international institutions, the institutions may be viewed as less legitimate; in that event, they may become less credible and hence less effective than they need to be to assist member countries deal with the challenges ahead.

Canada has an opportunity to provide leadership in keeping the institutions relevant, drawing on its long tradition of helpful engagement with the international institutions. At the IMF, the recently-delayed Fifteenth General Review of Quotas must be completed by the end of 2018. Quotas are a key building block of IMF governance arrangements, providing permanent resources for the fund’s operations and determining voting shares of individual members, and securing a quota deal that enjoys broad support would reanimate members’ commitment to the institution. A similar process is further advanced at the World Bank. And the capital requirements of the multilateral development banks (MDBs) will also be reviewed in the coming years.

Of course, if Canada wants to provide leadership in preserving the existing framework of international cooperation, Ottawa would have to provide commensurate financial resources. Leadership is not costless. However, there is an advantage in working to influence the priorities of the IMF, the World Bank and the MDBs: the institutions can provide much-needed leverage for a smaller player to exercise its voice and affect outcomes. This opportunity to leverage Canada’s influence will likely be greater going forward, as traditional voices of leadership from the United States and Europe are lost in the din of domestic dissonance.

Collectively, the institutions provide key international public goods — including international economic and financial stability. History demonstrated their need: In his influential account of the origin and propagation of the global economic stagnation of the 1930s, Charles Kindleberger observed that in 1929 the Bank of England couldn’t, and the US Federal Reserve wouldn’t, provide the public good of international financial stability.1 The Bank of England “couldn’t,” because by that time the United Kingdom had lost gold reserves and global influence to the United States. The Fed, meanwhile, “wouldn’t” intervene forcefully to stem a global financial shock (as it did in 2008) because it was a nascent institution whose leaders were mindful of Washington’s admonition to avoid foreign entanglements. That failure led John Maynard Keynes to militate for and eventually work with the Americans on an international institution to safeguard international stability — the IMF.

A key role of the IMF is to “speak truth to power” in order to minimize the inappropriate policies of one member spilling over to others with negative external effects. Such spillovers could invite retaliations with their own effects on other parties. In this respect, the need for legitimacy should be clear: if the fund lacks some modicum of legitimacy, its policy prescriptions will not be observed.

At the same time, there is a need to strengthen macroeconomic surveillance. This is the second area in which Canada can provide leadership. Here, too, history is a useful guide; indeed, in a sense, the current outlook for the global economy is not wholly unlike that of the 1930s.

This conjuncture may reflect a world in which nominal interest rates are very low. In this environment, current account surpluses (reflecting an excess of savings over investment) that in “normal” times would elicit a reduction in interest rates, in turn stimulating investment and driving output higher, have no such effect. Nominal interest rates can’t go lower because they have reached the lower zero bound.

The problem with this outcome is that purchasing power is trapped in the sovereign bonds of a few so-called “safe asset” issuers. The accumulation of savings in these bonds keeps global interest rates low, generating pathologies in the financial system that could lead to future problems — banks that don’t lend and pension funds that face large funding gaps. These problems will eventually have fiscal consequences, as bank bailouts put private liabilities onto public sector balance sheets, and political costs as baby boomers are told they have to increase their pension contributions or accept lower — possibly significantly lower — benefits.

If surplus countries increased infrastructure investment or raised expenditures, output and interest rates would both rise. But if governments are preoccupied with building buffers, no such effect is possible. In this respect, the problem of safe assets has been exacerbated by the policy responses of countries that have proactively sought to build fiscal buffers and accumulate current account surpluses. The effect has been a “paradox of prudence” in which, by acting to protect themselves against the effects of a potential crisis, these countries increase the probability of a crisis. In the prevailing low-interest rate environment, countries with current account surpluses have withdrawn aggregate demand from the global economy, as the accumulation of savings stockpiled in the so-called safe assets of a few highly rated issuers.

This paradox of prudence on the part of authorities is a close cousin to Keynes’s paradox of thrift.

Meanwhile, Europe faces its own unique challenges, particularly an asymmetric adjustment process in which external deficit countries have to adjust, without any corresponding presumption on adjustment by surplus countries (such as Germany) that continue to accumulate surpluses. The same pattern was observed in the early 1930s under the dysfunctional interwar gold standard, when surplus countries sterilized gold inflows, resulting in the destruction of global aggregate demand. This experience led Keynes to speak of gold as the “sterile asset” and to his advocacy of an international body to facilitate timely, orderly international adjustment. The problem today is that with exchange rates in Europe fixed by monetary union, interest rates in the core countries at the zero lower bound, and absent a fiscal union, adjustment can only be achieved through compression of aggregate demand. This combination imparts deflationary pressures to the rest of the world.

The IMF was created to deal with such problems and the Fund has laid out a convincing analysis of the problems. This is not surprising given the IMF’s excellent macro-surveillance flagship publications—the World Economic Outlook, the Global Financial Stability Report and Fiscal Monitor. But there is a seeming disconnect between the underlying messages in the flagship documents and the practice of surveillance and policy recommendations at the individual country article IV level. Better integrating the policy messages of the Fund’s macro-surveillance tools and using them to inform policy recommendations consistent with the obligations and responsibilities of membership might help revive global growth, dispelling the disillusionment that has fueled political polarization. Canada can play a useful role as advocate for strengthened “truth telling.”

Signs of increasing political polarization in many major economies point to a worrying possibility of a polarization of policies. Such an eventuality would make it very difficult to address the challenges that already confront the global economy or new challenges that will have to be tackled going forward, such as climate change. Canada can help the international community meet these challenges by providing effective leadership in the international institutions. In the first instance, this would entail playing a bridging role between country groupings in securing the legitimacy of governance arrangements and adequate funding under appropriate safeguards. Given the uncertain economic environment, however, there is also a need for strengthened surveillance by the IMF. Here, too, Canada should take the lead.

Canada has an opportunity to provide leadership
The opinions expressed in this article/multimedia are those of the author(s) and do not necessarily reflect the views of CIGI or its Board of Directors. 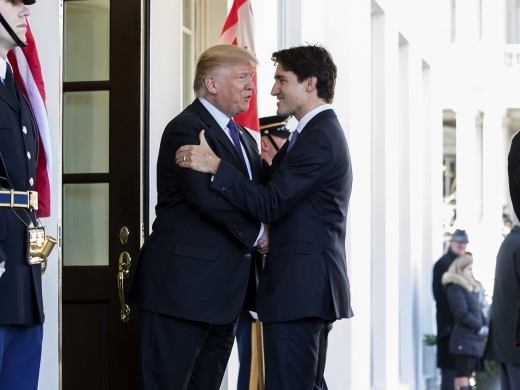 Diplomacy
How Trudeau Should Handle Trump