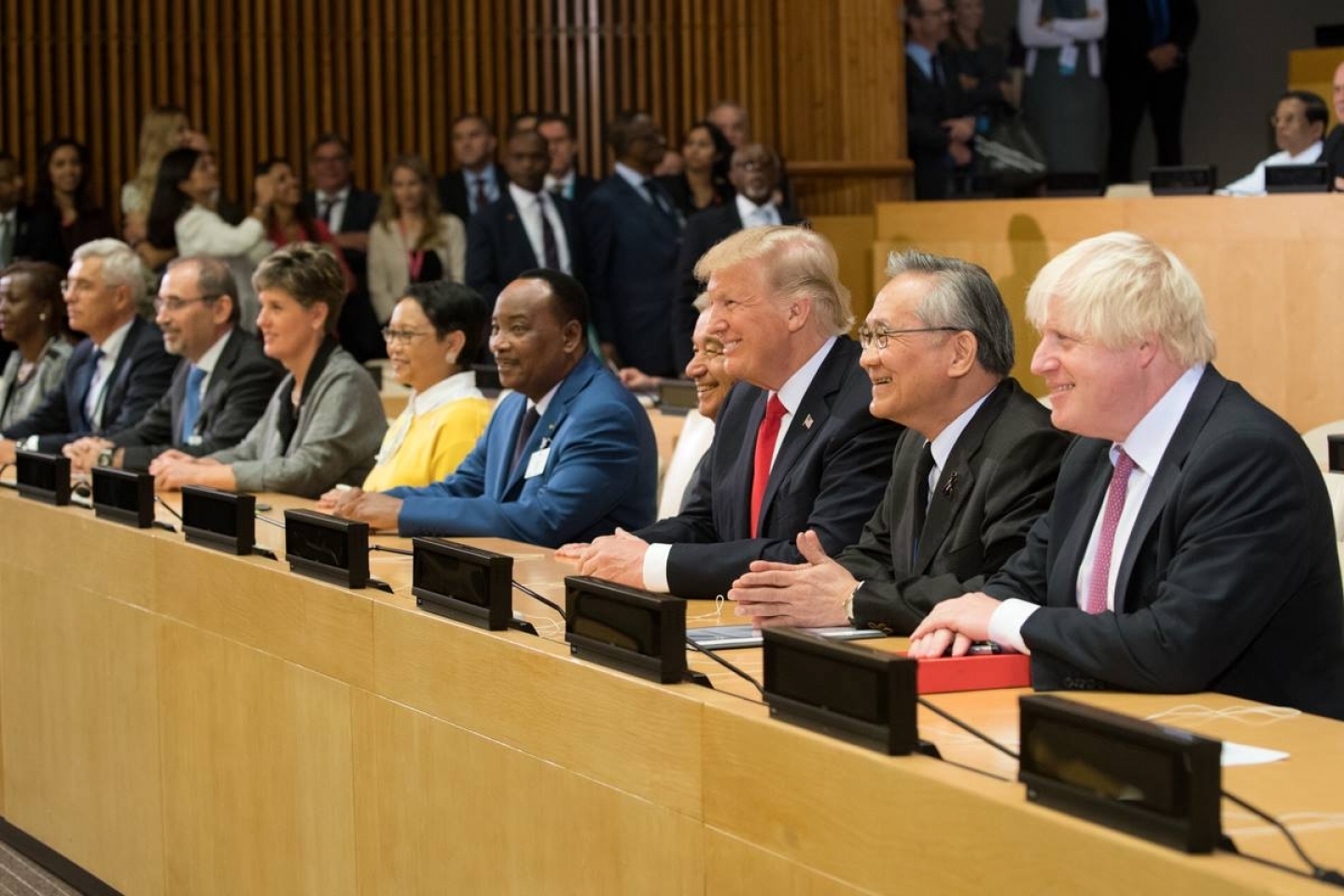 Donald Trump's approach to foreign policy is upsetting conventional wisdom, heightening global tensions and perilously increasing the risk of war. While his analyses on what went wrong have some merit, the US President is discovering that his blunt rhetoric and reality do not mesh, and he has failed thus far to produce any credible alternatives.

Trump's statements that the policy of "strategic patience" with North Korea has failed for decades is true. But, short of a military strike that few advocate, the only alternatives have been diplomacy and stronger sanctions, neither of which has arrested North Korea's nuclear ambitions over the past 30 years. As Pyongyang moves ever closer to having the capacity to launch intercontinental ballistic missiles at the US mainland, the situation grows dire. Meanwhile, China has shown little inclination to pull American chestnuts out of the fire.

Showing that he may be less than deranged, North Korean leader Kim Jong-un cleverly extended an Olympics olive branch, which Seoul promptly accepted, unbeknownst to its erstwhile security guarantor. Victor Cha is no longer the US nominee for ambassador to South Korea after he indicated that he disagreed with the notion of a "preventive military strike." Chastising South Korea over its "trade imbalance" with the United States only adds to the tension and weakens Washington's ties with Seoul. The net result is negative for the United States on the Korean peninsula.

Trump's claim that Pakistan has long been a haven for terrorists threatening the stability of Afghanistan has been an open secret for the same 30 year span. Suspending military aid to Pakistan has also been tried before, with little success other than to increase incursions from Pakistan into Afghanistan and to cause Pakistan to look more to Beijing than Washington for military and financial assistance. The result this time is again the same. The security situation in Afghanistan is worsening and the Taliban is carrying its campaign of terrorism into Afghanistan's major cities while increasing its control over the countryside.

Ever since the election campaign, Trump has railed consistently against the "seriously flawed" nuclear deal with Iran and threatened repeatedly to withdraw the United States from the agreement. Many of his top advisers, along with the other signatories, have tried to hold the line. While opinions may differ in some quarters on the scope and value of the agreement, it is difficult for anyone to see how a precipitous US withdrawal would improve matters either with Iran or in the Middle-East region as a whole.

Trump's ambivalent position on Russia defies rational analysis. Whether the case for collusion can be proven rests with special counsel Robert Mueller, but, for whatever reason, Trump continues to treat Russian President Vladimir Putin with kid gloves, much to the chagrin of his Western allies, especially those on NATO's northern flank. As President, he has been slow to implement increased sanctions mandated by Congress. Putin continues to exploit the ambiguity, provoking and probing brashly in Syria, North Korea and wherever he sees space for Russian aggrandizement.

Closer to home, Trump's claims that trade deals like the North American free-trade agreement have harmed the United States have no analytical underpinnings. His impulsive threats to withdraw and his chief negotiator's one-sided demands for concessions at the talks to renegotiate the pact are reprehensible in tone and substance and should be staunchly resisted. The more stable mood of Congress offers a ray of hope on what will be Canada's foremost foreign policy challenge this year.

"America First" has a patriotic ring on the home front, but the implications for Canada, South Korea and other prominent trade partners and allies of the United States are ominous. Mr. Trump's objective of negotiating to resuscitate traditional manufacturing jobs is not compatible with the goal of expanding trade and flies in the face of rudimentary economics. It may make for good campaign rhetoric, but as a policy or strategic objective, it is as short-sighted as Trump's withdrawal from the Trans-Pacific Partnership, the revised version of which will now bring benefits to Canada and others at US expense.

When the global leadership of the United States was more conventional, it was not always effective, but its goals were at least understandable. That is no longer the case. The new candour is not consistent with past practice, and the consequences are far from certain. The challenge is to try to channel Mr. Trump's aberrant instincts on foreign policy towards achievable global goals of stability and prosperity. He will host French President Emmanuel Macron as his first official head-of-state visitor some time in April. Mr. Macron may prove to be the Western alliance's best asset for influence and pragmatic engagement.