Process is as important as substance in trade policy 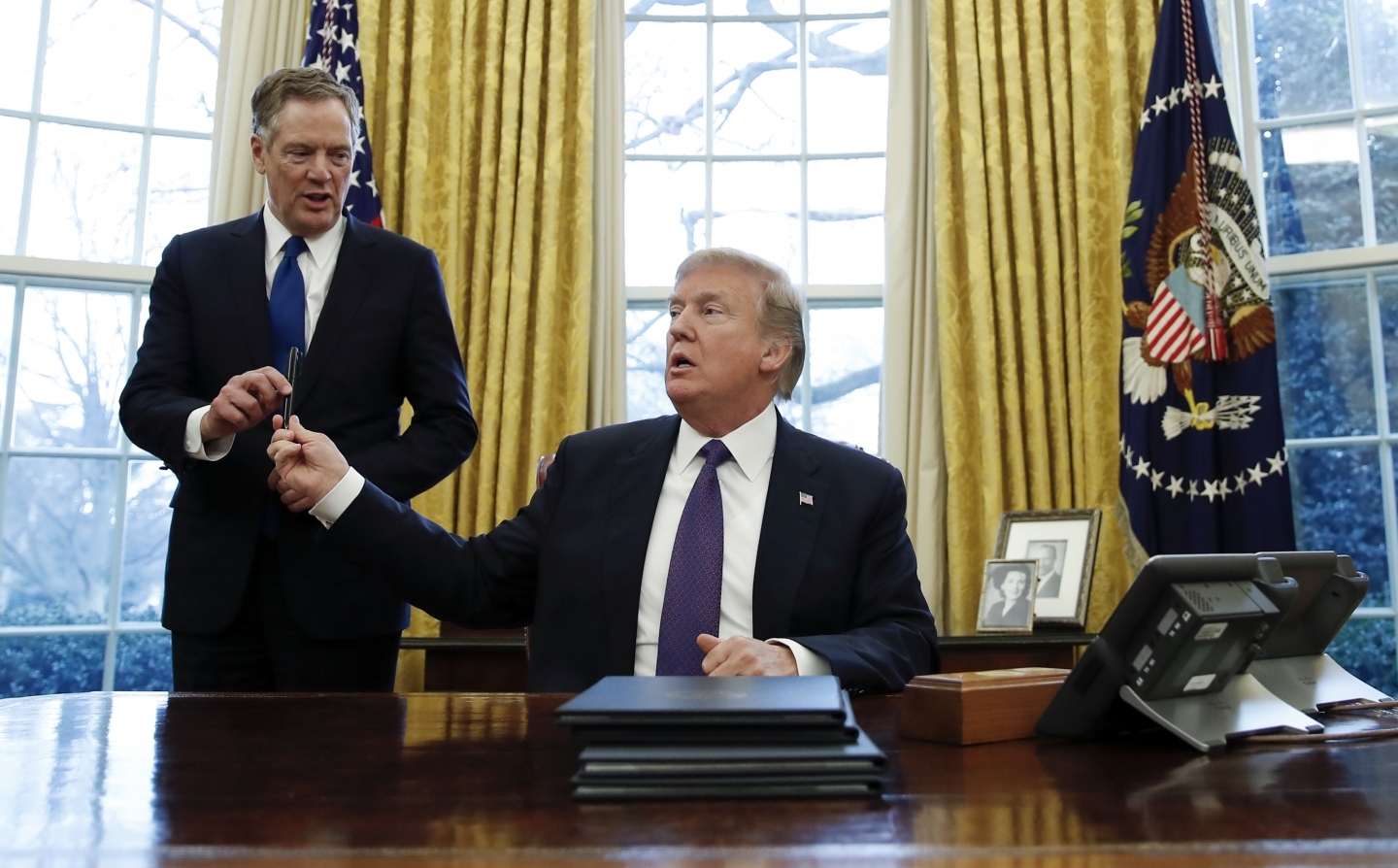 In making trade policy, process is as important as substance. If the process is perceived as fair, the participants, both citizens and policymakers, will likely view the outcomes as fair. The Trump administration has never understood that. It demands “fairness” from its trade partners but doesn’t always treat them fairly.

After immediately withdrawing from the 12-nation Trans-Pacific Partnership and threatening to withdraw from longstanding trade agreements, such as North American Free Trade Agreement (NAFTA) and even the World Trade Organization (WTO), President Donald Trump has made it clear he views trade as a zero-sum game where only one side can “win.” But trade is about mutual benefit.

At his speech in Davos last month, Trump outlined a kinder, gentler version of his protectionist agenda. “We cannot have free and open trade if some countries exploit the system at the expense of others,” he declared.

“Only by insisting on fair and reciprocal trade can we create a system that works not just for the United States, but for all nations.”

The Trump administration is trying to ensure that these expectations translate into trade policy, but there are inherent contradictions. The early withdrawal from the TPP and the demand that Canada and Mexico renegotiate the North American Free Trade Agreement, or risk Trump axing the deal, were an ominous start. After the sixth round of NAFTA talks in Montreal in late January, Trump’s top trade negotiator, Robert Lighthizer, summarized his vision of the negotiations: In order to modernize NAFTA, “we need to rebalance” in America’s favor.

The Trump administration hasn’t acted as a normal, reasonable and rational player in these trade talks. Trump has consistently undermined the process: threatening to pull out if Canada and Mexico don’t meet his demands, inserting a kill switch in the form of a so-called sunset clause, and judging success by how the agreement may affect the trade deficit in goods or the total number of jobs. Not surprisingly, many observers believe that Trump is determined to let a revamped agreement, a NAFTA 2.0, fail.

Lighthizer’s strategy not only sends the wrong signals to America’s negotiating partners, it contradicts longstanding US policy. Since the 1930s, US trade negotiators proposed and got other countries to agree to rules outlining procedures to build trust among people with different priorities, cultures, rules and regulations. Over time, these procedures have helped nations with very different negotiating objectives find common ground. More recently, United States, Canadian and European Union trade agreements have included extensive — and, for the United States and Canada, binding and enforceable — language that sets up a democratic process within trade agreements, starting with the WTO. The language of free trade deals the United States has struck since 2005 states that when signatories develop regulations, whether on privacy, health and safety, or other related regulatory issues that can affect trade, they must publish these regulations and allow citizens and producers at home and abroad to comment on them.

Moreover, these agreements also include language that allows market actors to challenge trade regulations, which gives citizens and producers in one country voice in another. They also allow individuals from several countries to partner to improve governance. For example, in January, the AFL-CIO, the largest federation of labor unions in the United States, partnered with Mexico’s National Workers Union to challenge Mexico’s adherence to its labor obligations under NAFTA. It was proof that Mexican and American unions could use a NAFTA process to try to make the outcomes for their workers fairer.

Trade agreements include other procedural requirements that are designed to ensure fair outcomes. All trade agreements have “exceptions,” rules that allow policymakers to override their trade commitments to meet domestic regulatory concerns. These exceptions allow policymakers to breach the rules to achieve important domestic policy goals, such as protecting national security, public health and privacy. Policymakers should only use such exceptions when necessary and in the least trade-distorting manner possible. And other nations can challenge a country’s use of an exception in a trade dispute. In this way, trade agreements preserve the right to regulate according to national priorities, but they also limit the possible trade distortions — that is, the unfair nature — of domestic regulations. These rules and processes should reassure constituents and policymakers that the economic outcomes will be fair.

Nevertheless, the Trump administration has signalled that these procedures are insufficient for NAFTA 2.0. In November, it outlined 22 objectives for a revised NAFTA, and more than 50 percent of these objectives were about process. For example, the United States Trade Representative wants to expand the number of people making comments on draft regulations, promote the use of impact assessments and ensure “transparency and accountability in the development, implementation, and review of regulations.” These are good ideas that could build greater fairness and trust among the three partners.

However, Canada and Mexico won’t agree to them without equal respect and openness to their NAFTA priorities. The Trump administration has not just shown them no such respect, it has exaggerated and blown up disputes. Trump has repeatedly alienated Mexicans by calling them rapists, criminals and drug dealers and insisting that Mexico will pay for a border wall. His administration has also tried to bully both nations. The longest-running trade dispute between the United States and Canada relates to trade in softwood lumber — the lumber used for housing. In 2017, the US lumber sector had a very good year, with record profits. But in December, the US International Trade Commission found that because Canada subsidizes trade in softwood lumber, the United States was “materially harmed” by the goods — so the United States was justified in imposing tariffs on Canadian lumber last year. Not surprisingly, the Canadian government asked the WTO’s dispute settlement body to review the issue and the United States tariffs.

It’s appropriate for two nations that can’t resolve a trade dispute bilaterally to submit it to an unbiased WTO panel. But after the latest round of NAFTA talks, Lighthizer described Canada’s WTO request as “unprecedented.” This kind of rhetoric from Lighthizer shouldn’t necessarily be a surprise, given his long track record of promoting protectionist policies. “It constitutes a massive attack on all of our trade laws,” he said of Canada’s WTO referral. “Of course, we view this case as frivolous, but it does make one wonder if all parties are truly committed to mutually beneficial trade.”

“I think a win-win-win outcome can be achieved. But at the same time, our approach in Canada is hope for the best, prepare for the worst, and we are doing both.”

A government apparently so concerned with process is paying little if any attention to its own processes for building trust and consensus with its negotiating partners. By constantly slamming the negotiating tactics and proposals of Mexico and Canada, United States negotiators are unlikely to achieve a better deal with NAFTA. These hard-line tactics also ignore how times have changed. In 1993, the United States accounted for 26.6 percent of global GDP, and Canada and Mexico desperately needed preferential trade with their neighbour. Today, America’s share of global GDP is down to 24.5 percent. While the United States is a huge market for Canada and Mexico, both countries increasingly look to Asia, where they now have a finalized TPP without the United States, and to Europe, where Canada has a new free trade agreement and Mexico is negotiating its own new deal. The Trump administration will soon learn that, in trade policy, how you negotiate is as important as what you agree on.