In 2011, as the hunt for Osama bin Laden was intensifying and honing in on a region of Pakistan, the Central Intelligence Agency (CIA) used a fake hepatitis vaccination campaign as part of its intelligence operation. The campaign went door to door, under the pretense of public health, in the hope of finding evidence of bin Laden’s hideout.

Such initiatives are not new. The history of vaccines in the Global South is fraught with abuse, mismanagement and deception. And the costs have been high. Vaccine hesitancy, particularly in the Global South, has led to distrust in what are safe, life-saving scientific advances for the treatment of some of the deadliest diseases of the past century, including polio, whooping cough and measles.

In Pakistan, people eventually realized the campaign was fake, which gave credence to the belief that the West has long used vaccination as a military weapon. This realization led to deep distrust of, and danger to, legitimate vaccine workers all over the country — several of whom would be killed by militants.

Fast forward a decade. After months of waiting, it appears that the vaccine — or vaccines, to be precise — for the coronavirus disease 2019 (COVID-19) has finally arrived. Developing a vaccine like this, in less than a year, might be the scientific achievement of the century. But now we face an equally epic policy challenge. How do we actually convince people to take it?

The challenge is daunting. Some surveys have found that less than 60 percent of Canadians (54 percent, according to Ipsos) and Americans (58 percent, according to Gallup) have said they’ll take a COVID-19 vaccine when it’s released. This is not enough. Anthony Fauci — the patron saint of epidemiology — has said that number needs to be between 75 percent and 85 percent in order for the population to achieve herd immunity. If we want to put an end to the pandemic, that gap is going to be a big problem. It is the century’s first global emergency collective-action policy problem.

Last week I was driving with my seven-year-old, and we went through a 100-person-strong anti-vax protest. A middle-aged man held up a sign saying “My body, my choice” (I did wonder whether he would grant the same choice to women). Another warned of Bill Gates’s plot to inject us with microchips. My son asked what they were protesting, and when I told him, he asked whether vaccines were safe. My response to this scene a year ago would have been one of anger and incredulity. I would have dismissed these people and these views. And I do believe that these protests, along with a range of anti-mask rallies and flouting of public health directives, have put our society at greater risk.

But Heidi J. Larson thinks that’s the wrong reaction to be having. Larson is a celebrated anthropologist and the author of a new book called Stuck: How Vaccine Rumors Start — and Why They Don’t Go Away. She may be the world’s leading authority on vaccine hesitancy.

Larson argues that vaccine rumours — even the most ridiculous ones — almost always stem from legitimate concerns. And that if we want people to take the vaccine, we actually need to hear them out.

Vaccines are complicated, and they require trust in three core institutions: the government, the scientific community and the pharmaceutical industry. If trust in even one of these is breached we’re going to have a very hard time convincing people to get vaccinated. And trust in all three is currently being undermined.

Never mind the CIA’s irresponsible front in Pakistan — President Donald Trump himself has spent four years degrading trust in not only American public health institutions but also the scientific process. And it doesn’t take much to imagine how the opioid crisis may have eroded trust in big pharma. Or, going further back, how the notorious Tuskegee experiment conducted generations ago in Alabama may have eroded trust in the scientific community among African Americans — a group that currently has a vaccine acceptance rate of less than 50 percent.

And to make matters more complicated, we are having this challenging and nuanced public discourse within a broken digital media ecosystem — an ecosystem that initially enabled the growth of the anti-vax movement, and is now facilitating its reach. For years, newsfeed algorithms have promoted anti-vax content. Recommendation algorithms have nudged people to anti-vax groups. Targeted ads have allowed grifters and profiteers to target the communities who are most susceptible to their snake oil, or just the most likely to visit their ad farm websites. And our fragmented digital media environment has been fertile ground for foreign and domestic actors alike who seek to use our disagreements to further divide us.

After years of looking the other way, Facebook has just recently decided to ban anti-vax content related to COVID-19. They decided to do so 250,000 American deaths into the pandemic. But why now? Why not a year ago, when the anti-vax problem was clear, and the need for large-scale vaccine adoption already a matter of life-or-death policy debate? Who ultimately made the decision, and how? What effect has this new ban had? The lack of accountability and democratic determination over key decisions about the health of our digital public sphere, and, ultimately, of our society, is shocking.

And there is yet another complicating variable. Putting aside the conspiracy theorists and profiteers, and the clearly false information circulating widely about the vaccine, there is some legitimate ambiguity here. There are dozens of vaccines, each with different risks and potential effectiveness, all developed at breakneck speed, and some using new technologies. There is no one answer to who should take what, and when.

All of which makes this the central policy challenge of governments around the world. If Heidi Larson is right that vaccine hesitancy is a deeply human reaction with repeated historical precedents, connected to our distrust in institutions and being turbocharged by digital platforms, then we may be in for a much, much longer pandemic. 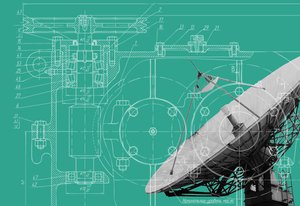 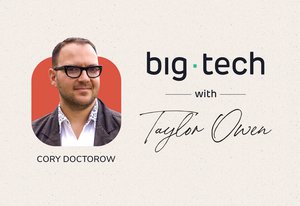 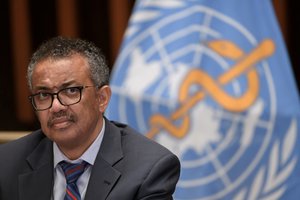