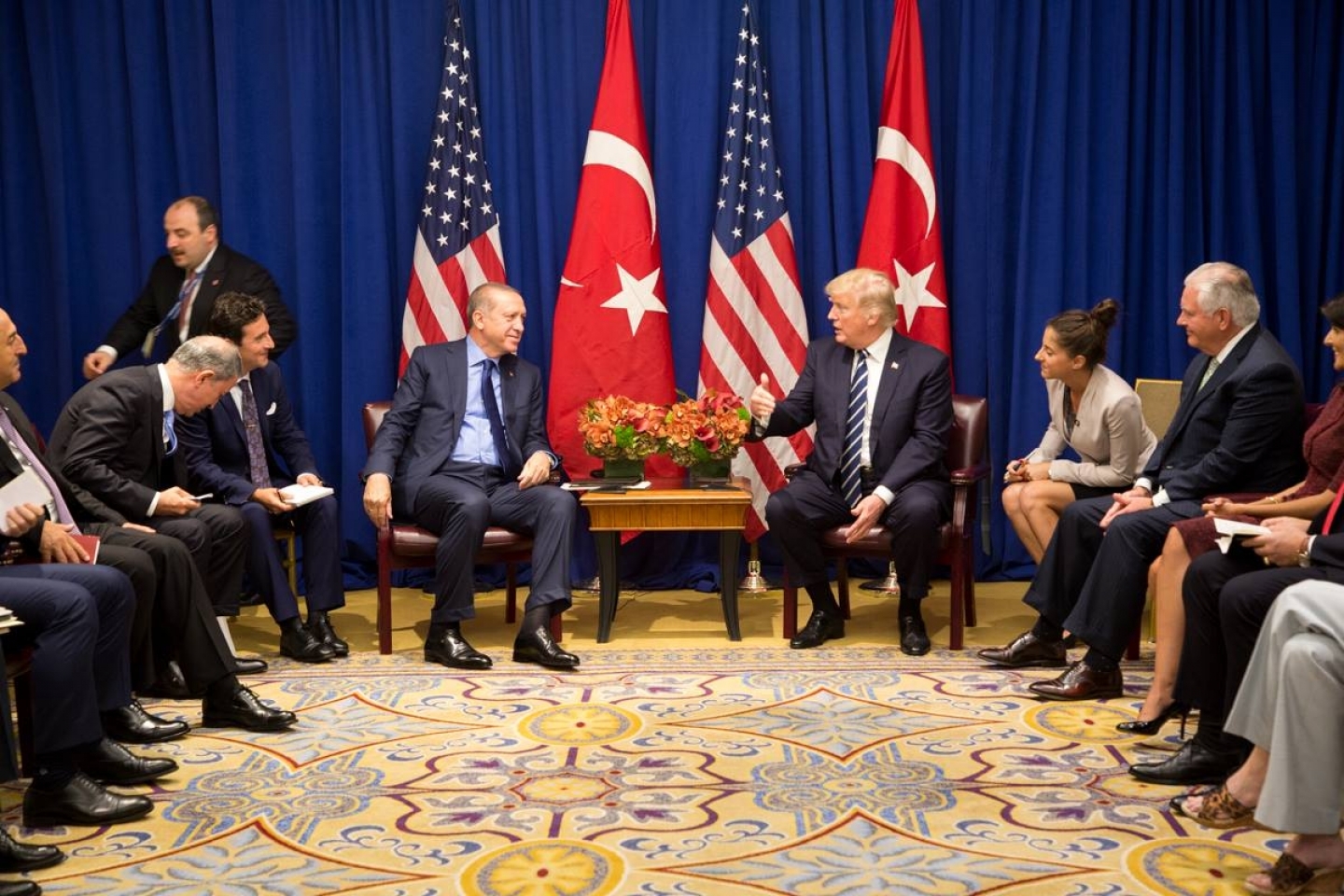 For years, the Turks have been watching the Americans train, arm, and support those whom they deem to be terrorists right across their border. The Turkish government has rightly pointed out to the United States that when it decided to partner with the Syrian Democratic Forces (SDF), it was emboldening a terrorist group intimately connected to the Kurdistan Workers' Party (known as the PKK).

Make no mistake, however, the SDF is a slick rebranding of the PKK. The idea that the SDF is a joint Kurdish and Arab fighting force is a fig leaf that masks the reality that the militia is really a PKK group with token Arab fighters placed symbolically in the mix. The organizations are ideologically connected to each other and, when the image of Abdullah Ocalan, the PKK's founder and de facto leader, was hoisted all over Islamic State territory liberated by the SDF, it left no question that the SDF's chain of command can be traced right back to the PKK in southern Turkey. Many in Washington or other Western capitals may remain unfazed by this; after all, the PKK is in no way a direct threat to us. But in Turkey the PKK is widely viewed as the arch-nemesis of the Turkish state.

The international community ignored this development for years, watching as the SDF annexed progressively more territory. Not only has the SDF expanded its control into Kurdish areas, but into predominantly Arab, Turkmen, and Assyrian towns as well. The Turks repeatedly threatened to react, but it was all bluster until U.S. military officials added the straw that broke the proverbial camel's back.

The Pentagon announced, in an almost nonchalant manner, that the United States would train and arm up to 30,000 SDF troops, audaciously referring to them as a "Border Security Force." Turkey's ears perked up, for it was their border along which most of the SDF's territory was located. The United States may have wanted to create a pro-Western army in Syria that would thwart Iranian expansion, prevent Iranian arms shipments over land to Hezbollah, and preclude the resurrection of the Islamic State, but neglecting Turkish sensitivities is is a mistake that will push Turkey further into Russia's ambit.

The incursions launched into the Syrian region of Afrin to root out the SDF's cousin militia, the Democratic Union Party (PYD), is not Ankara's ultimate objective, but it will be a Turkish quagmire. The Turks' primary goal is to remove the SDF from the Syrian town of Manbij and the surrounding territory west of the Euphrates River. Afrin is a starting point to that end, but unlike Manbij, the Afrin region's population is predominantly Kurdish.

While the Turks have always gone to great pains to distinguish between the Kurdish people and the PKK, the Kurds have witnessed the destruction and civilian casualties inflicted on Kurdish inhabited lands in southwest Turkey, where the Turkish army has battled the PKK for decades. The residents of Afrin will not welcome Turkish forces. The Turkish army will undoubtedly face fierce resistance from residents of this mountainous region who are far more likely to prefer being governed by the PYD than either the Turkish or Syrian government. This will not be a brief military campaign, despite Turkish President Recep Tayyip Erdogan's statement saying otherwise.

If and when the Turks take on the SDF militia in Manbij and surrounding areas, they will be within sight of U.S. troops stationed there to help train and guide the SDF. While no American troops were present in the Afrin region, hundreds, if not more, are stationed in the lands surrounding Manbij. Two NATO allies may come face-to-face with each other if diplomatic resources are not correctly deployed.

US President Donald Trump's phone conversation with President Erdogan earlier this week failed to reassure the Turks, and disagreement over the call's contents has put added strain on bilateral relations. With a gutted US State Department and few other options on the ground, the next move by the United States will be telling. Make no mistake, the Turks have been consistent in warning of SDF's roots, but we chose to ignore them.