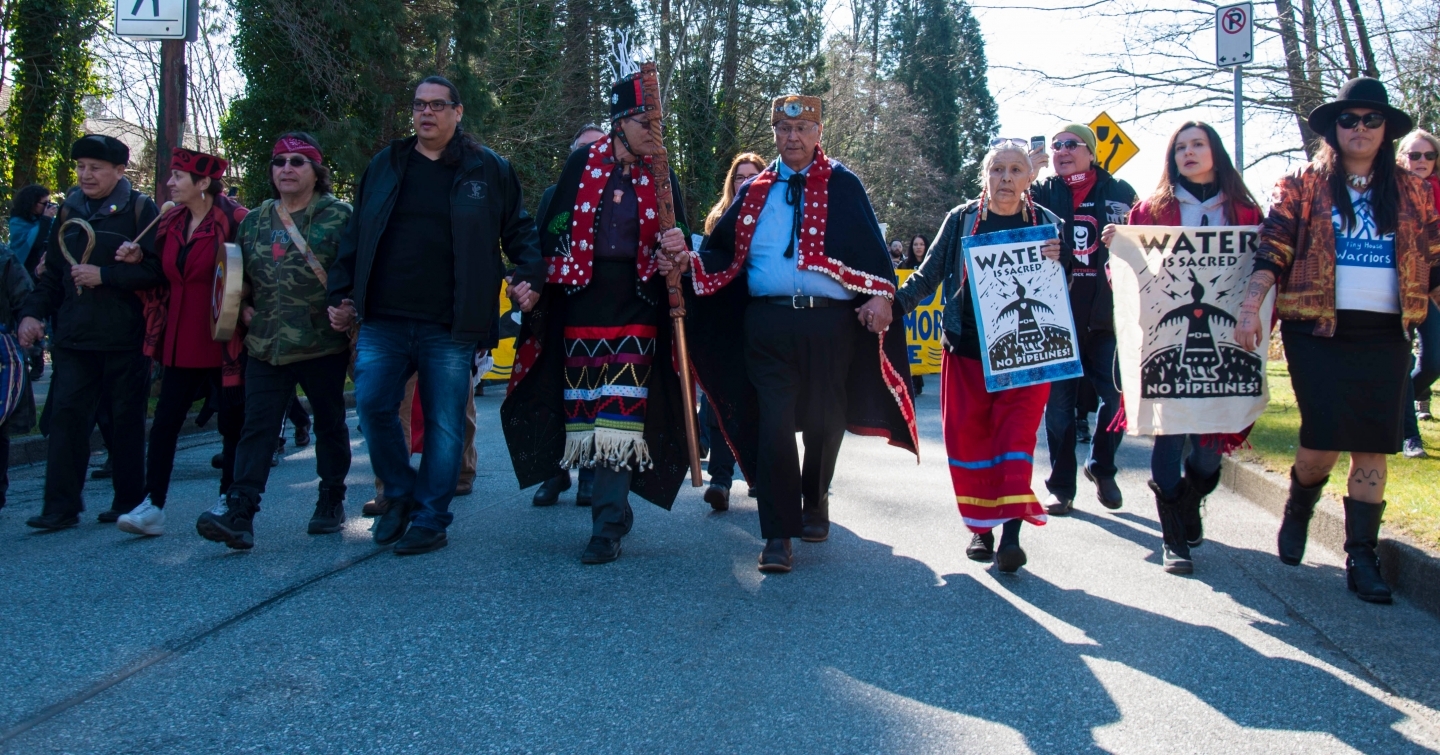 Demonstrators in Burnaby, British Columbia take part in the Protect the Inlet march against the Trans Mountain pipeline expansion. (Shutterstock)

Just days after the federal election, which brought to light the fact that many Indigenous nations and people have grown frustrated with the slow progress on reconciliation, the government of British Columbia is sending a strong message about its vision for a nation-to-nation relationship; it tabled legislation on Bill 41 that will implement the United Nations Declaration on the Rights of Indigenous Peoples (UNDRIP) once passed.

Although the UNDRIP has been endorsed by Canada, if passed, British Columbia will be the only province in Canada to legally implement its rights and principles. In a province mired by a history of denial of Aboriginal rights and title, and present-day conflicts over major extractive projects, this is unprecedented legislation of which its precise effects are difficult to determine in advance.

Bill 41 is modelled on a proposed federal legislation, Bill C-262, that ultimately died as it didn’t make it past Senate. As currently drafted, Bill 41 makes the following commitments towards implementing the UNDRIP over time.

The precise effects of this legislation are difficult to determine in the abstract. The meaning of some of its clauses are unclear and uncertain, and as we saw with Bill C-262 when terms like “complicated” and “unprecedented” are used to describe the quality of a legislative instrument, many commentators are quick to express caution, and justifiably so.

Caution, after all, is what affords us a moment to step back and thoughtfully consider the reality that confronts us. But the key here is measure. If caution is allowed to expand beyond this measure, we soon find ourselves blinded by suspicion. It was, after all, blind suspicion that led to the death of C-262 in the Senate.

In this unhappy case the measure that once served to increase the acuity of our vision, casts us into debilitating doubt. We find ourselves unable to move forward because we are unable to see the possible benefits of change. This does not serve us because we are left clinging to the status quo. Further, if this status quo is no longer serving Canadians’ real interests then we have followed the small wisdom of caution to the grand folly of becoming our own jailor.

The lesson to be drawn here is that we need to consider the possible legal effects of Bill 41 with a clear awareness of the legal, political and socio-economic realities of the status quo of Indigenous peoples in Canada. Indigenous peoples in Canada are living in constant and compounded crisis—a reality that many Canadians are not exposed to, but this is changing. Awareness of the present-day consequences of Canada’s colonial past has been growing. The work of the Royal Commission on Aboriginal Peoples in 1996, the Truth and Reconciliation Commission in 2014 and the Missing and Murdered Indigenous Women and Girls has been carrying this history closer to the public consciousness.

Thanks to tireless activism of those who have fought to make legal instruments like UNDRIP a reality, we have a set of flexible and open legal tools to help forge a constitutional order that provides a just future for all Canadians.

By introducing Bill 41, the government of British Columbia is taking an important step towards remedying the status quo and working towards reconciliation and a new relationship with its Indigenous constituents.

This article originally appeared in Maclean's.