What Justin Trudeau Can Do about His America Problem 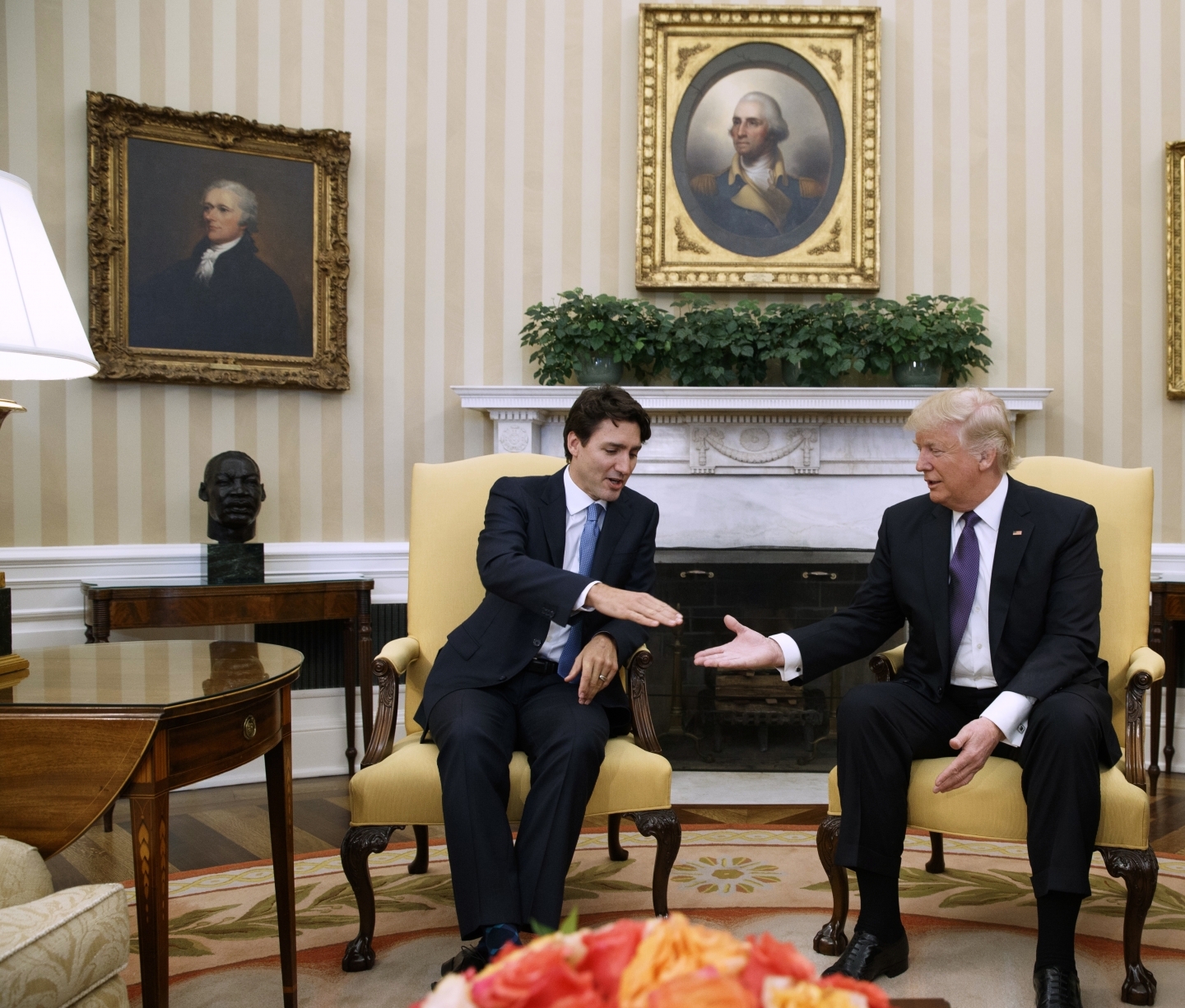 Pity Justin Trudeau. By all accounts, the Prime Minister enjoyed an excellent relationship with President Obama. And, given their alignment on global issues, Trudeau may have been looking forward to a warm and productive relationship with Hillary Clinton when, as was widely expected, she moved into the White House after the November election.

Of course, that was not meant to be. The election of Donald Trump and the erratic policy pronouncements that have marked the first 100 days of his administration have presented the Prime Minister with a difficult dilemma. Given the importance of bilateral US-Canada relations, Trudeau cannot afford to antagonize the current occupant of the White House; yet neither can he be seen to be too close to Trump. In January, polls indicated that an overwhelming number of Canadians had an unfavourable opinion of the President. And politically, the Prime Minister cannot remain silent in the face of direct threats to Canadian interests; it would make him look weak and could legitimize the accusations of inexperience that his political opponents have levelled against him.

The last few weeks, however, show that domestic disapproval is nothing compared to a potential dispute. The US administration’s decision to impose duties on Canadian softwood lumber, the president’s not-so-veiled threats regarding Canadian dairy policy and his dissembling on a possible withdrawal from the North American Free Trade Agreement (NAFTA) all highlight the challenges of dealing with Trump.

So, what should Trudeau do in response to the mercurial man in the White House?

Realistically, there is very little that Trudeau can do. Canada simply does not have a credible threat of retaliation. Moreover, in bilateral negotiations, the side that wields more bargaining power, typically the larger party, gets a bigger piece of the pie.

But this asymmetry of power is why Canada has long supported multilateralism in international trade. The system protected smaller countries from the whims of larger players with greater bargaining power. And it is why Trump represents a threat to the international system that the US itself painstakingly constructed over the past 70 years. Trump thinks he can get better deals through an “America First” trade policy; if he is successful in isolating countries in bilateral trade deals, he may be proven right.

At the same time, while the multilateral approach imposed the disciplines of a rules-based system, it also expanded the total size of the pie to be divided by fostering global growth. US firms benefited from the system even as it allowed countries around the globe to prosper. The loss of multilateralism as a result of trade wars and tit-for-tat retaliation, either through deliberate policy or by careless miscalculation, could harm all members of the international community—the US included.

So first, in the short-term, Trudeau should minimize the potential fallout. Like doctors obeying the Hippocratic Oath, his first duty is to “do no harm.” The Canadian and US economies will remain highly integrated, regardless of what Trump does. It is not in the interest of either country to disrupt a trading relationship that is so important to both partners. Responsible policymakers on both sides of the border must therefore work to limit the adverse effects of any trade dispute.

Second, the PM should explore other trade options. The most direct path to this objective would be through the Trans-Pacific Partnership (TPP) agreement. While Japan’s Prime Minister Shinzo Abe had said in the days following Trump’s election that the TPP is meaningless without the US, Tokyo has since signalled that it wants to pursue the agreement even without US participation. The agreement comes into force if ratified by six countries representing 85 percent of the negotiating parties’ total output. Canada might find itself in a crucial role as a result, since it is unlikely that the agreement would go forward without Ottawa’s support.

Canadian participation in TPP need not undermine US interests, and efforts should be made to assure Washington that it won’t. Economic ties between TPP members could strengthen security cooperation and provide a counterweight to growing Chinese influence. It is even possible that the US might eventually accede to the arrangement. In the meantime, given the full range of shared interests, Canada’s participation would ensure that issues of mutual concern are coded into the DNA of the arrangement.

Canada could also strengthen trade ties with partners closer to home, in particular members of the Pacific Alliance—Mexico, Colombia, Chile, and Perú. Canada already has free trade agreements with each, three of whom are also signatories to the TPP. These agreements have cumulation clauses that facilitate rules of origin and can help forge more efficient production chains that would allow Canadian companies to compete more effectively in the Pacific and elsewhere.

In addition, Canada could explore a bilateral free trade agreement with China. While the potential benefits of such an arrangement are clear, there are risks as well. The most significant risk is the possibility of running afoul of Washington and eliciting a range of punitive measures on any number of the areas in which Canada needs US cooperation. Ottawa will want to maintain good relations with Beijing, of course, but must carefully balance its interests.

Third—and most important—Canada should work to preserve the system of multilateralism that for seven decades has been the wellspring of prosperity for millions around the globe. Historians from Thucydides on teach that shifts in global power can lead to uncertainty and enormous financial, economic and political disruption. That was true with respect to ancient Athens and Sparta 2500 years ago; it was true with the transition of global hegemony from the United Kingdom to the United States a century ago. However, it need not be the case today if leaders heed the lessons of history. Ironically, the key lesson from that experience for middle powers like Canada, is the same advice that American revolutionary Benjamin Franklin gave to his fellow patriots fearing the retribution of King George: “We must, indeed, all hang together,” Franklin said, “or assuredly we shall all hang separately.”

Soon after his election as prime minister, Trudeau indicated that Canada was once again ready to take the global stage and reprise the role it had played throughout the postwar period when, arguably, Canada “punched above its weight” in global affairs. The election of Trump justifies that ambition. But, as Trudeau’s father once observed, living next to the US is like sleeping with an elephant; no matter how gentle the great beast, every twitch in the night can be a life-threatening experience. The Prime Minister’s dilemma is to follow his bold words with actions, but doing so in a way that doesn’t draw the ire of the rouge elephant with whom he sleeps.

This article first appeared in Macleans.