What Snapchat Can Teach Us About Risk 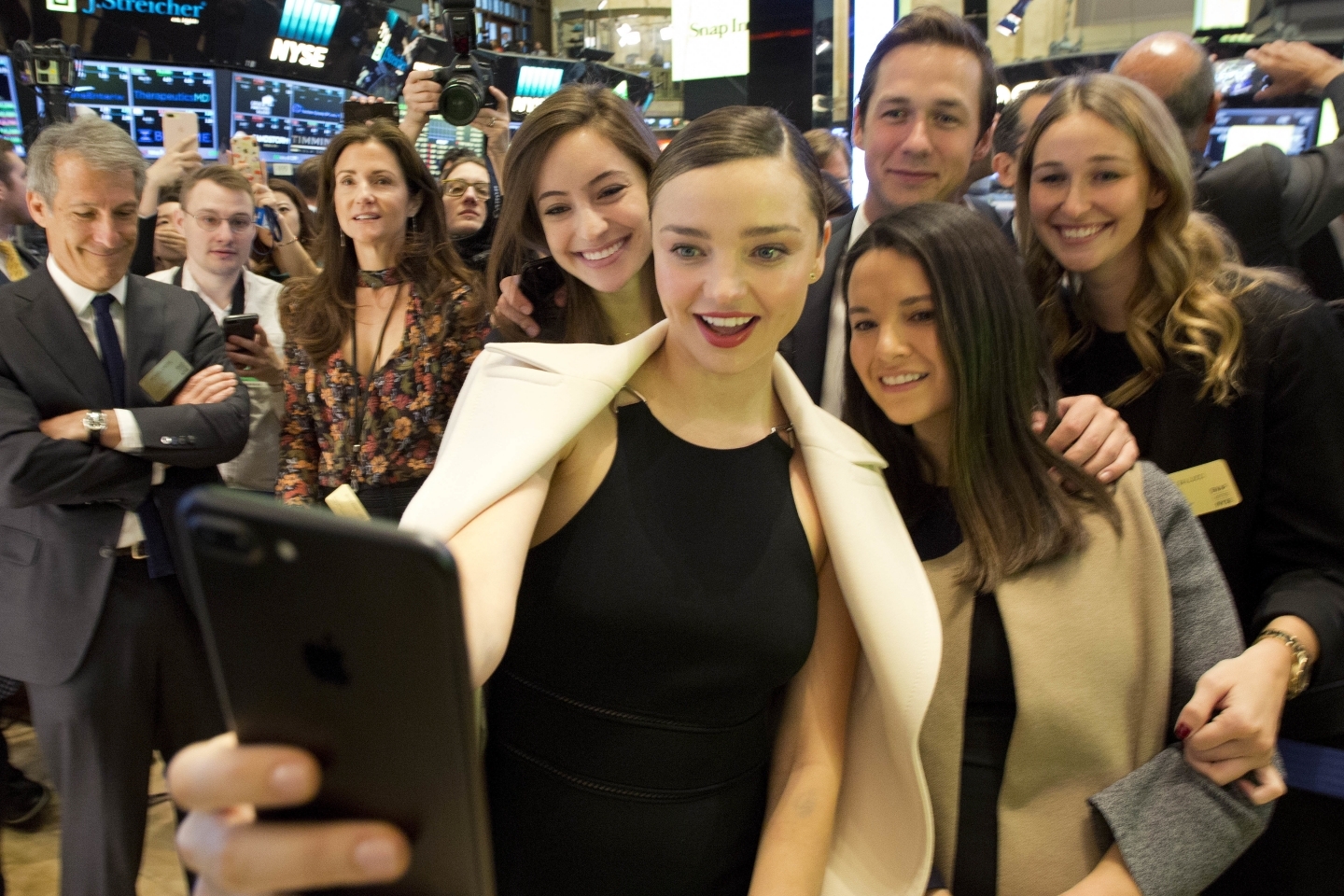 The initial public offering (IPO) of Snap, the developer of the popular disappearing message app Snapchat, captured the imagination of the markets, raising more than all US tech IPOs put together in 2016 as investors bet on its growth prospects.

However, big institutional investors and hedge fund managers in the United States and abroad viewed its foray into the public investment sphere in a completely different light — with horror and dismay. In their view, Snap’s unprecedented issuance of non-voting shares in its IPO ensured that the tech darling would be permanently unaccountable to shareholders.

What is worse, big investors and governance experts contend, is that the offering also underlines a turn away from corporate governance best practices that is gathering momentum.

A key worry among governance experts and institutional investors is that Snap’s success will unleash a wave of copycat IPOs, following in its non-voting footsteps. Will Uber or Airbnb be next? They are certainly on the target list of investment banks and exchanges seeking listings, though Uber is already grappling with governance challenges of its own.

The institutional investor class has already been at its wits’ end when it comes to many of the biggest tech IPOs over the past few years, including Facebook, LinkedIn and Zynga, which were structured at the outset with dual or multi-class voting systems, giving insiders control of the majority of the votes. Big index funds, exchange-traded funds and public pension funds have been forced to buy shares in these and other companies with diminished voting power because they invest passively following major indices, such as the Russell 3000.

On the international front, good corporate governance practices are being thrown to the curb as IPO markets viciously compete for listings. Singapore has brought the issue front and centre as its regulatory regime — seeking to steal issuances away from other jurisdictions — is moving to allow for super-majority voting by insiders. Hong Kong’s stock exchange regulators are evaluating whether to revisit their own governance rules after losing out on one of the biggest IPOs in 2014, Jack Ma’s Alibaba listing, over a policy of giving shareholders a vote for every share. Where did that listing go? Seeking to attract IPOs, the New York Stock Exchange (NYSE) accommodated Alibaba’s demand that the e-commerce and media company’s founders control a majority of the board.

“We need to see this in the context of global competition between stock exchanges,” said Council of Institutional Investors director Ken Bertsch. “It is clear that Singapore and Hong Kong are responding to competitive pressures, to what I would describe as low standards at the Nasdaq and NYSE.”

All the listing arbitrage among stock exchanges, in the United States and abroad, has some concerned that the phenomenon could have systemic implications on a global scale. Consider that the spike in IPOs giving founders control is coinciding with an ever-growing passive shareholder class that could soon represent a majority of investors in the public markets.

Proponents of the tactic argue that it is necessary and justified to encourage IPOs; at the same time, it repels a growing class of activist hedge fund managers targeting companies for mergers and acquisitions. But a key concern among governance experts is that global markets could see a rise in major corporations that aren’t accountable to shareholders, eroding a pillar of the contemporary market-based system for tempering risk in the financial system.

While some of the new class of so-called “visionary founder” and “CEO-dominated” companies are doing well, others — such as Zynga, Groupon and GoPro — aren’t. Even Mark Zuckerberg at some point won’t be the right person to run Facebook, as ValueAct Capital’s Jeff Ubben noted recently. The result may be that a large segment of assets will soon be controlled by people who no longer are visionary founders. Lacking voting rights and faced with inertia in the form of insider-controlled boards, shareholders won’t be able to drive companies to implement difficult C-suite changes at times when they may be most needed.

“If the board and shareholder disappear as accountability vehicles and something goes wrong, all of us end up picking up the tab,” said Charles Elson, chief of the University of Delaware’s Center for Corporate Governance. “The governance has to enforce issues of probity in the corporation if something blows up. It’s not a cost just on those investing but ultimately a cost on all of us.”

Public pension fund investors, bristling over their lack of votes, have begun calling Snap shares “junk equity.” Some governance managers are putting a spotlight on a five-year pass Snap gets on internal control audits since it has less than US$1 billion in revenues and qualifies as an emerging growth company. What if something goes wrong?

A retaliation strategy is already in play. Institutional investors in the United States have already started quietly lobbying regulators, exchanges and indices, hoping they can discourage other companies from following in Snap’s footsteps. One option is to convince the major indices that institutions rely on, such as the Russell 3000, to exclude non-voting share companies. Meetings are set up to discuss.

Also, outside investors are hoping the nation’s securities regulator will pressure stock exchanges to change listing rules and prohibit Snap-type IPOs, or at least to require that they sunset non-voting shares within seven to 10 years. With that effort, much will depend on the views of the Trump administration’s pick to head the US Securities and Exchange Commission, Jay Clayton. The nominee to be Wall Street’s top cop certainly understands the issue — Clayton was a key adviser on Alibaba’s much-maligned (at least in governance circles) NYSE IPO. Information about his Alibaba advice, and the vast majority of his biography, was recently deleted from a Sullivan & Cromwell webpage. Is what was once an accomplishment now an albatross?

And a more immediate systemic issue may be at play. Some Wall Street observers are wondering whether Snap’s IPO is a sign of an impending bubble in the markets. Columbia Law School professor Jeffrey Gordon says Snap’s non-voting share structure should have represented a serious drag on its market price. However, he concluded, it did not. In fact, Snap had a spectacular public launch, rising quickly from US$17 to $25 a share, even without any profits.

All the listing arbitrage among stock exchanges, in the United States and abroad, has some concerned that the phenomenon could have systemic implications on a global scale.
The opinions expressed in this article/multimedia are those of the author(s) and do not necessarily reflect the views of CIGI or its Board of Directors. 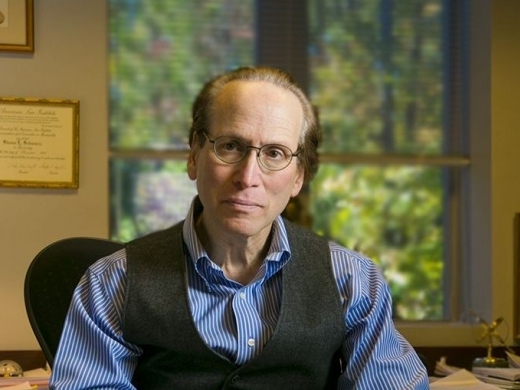 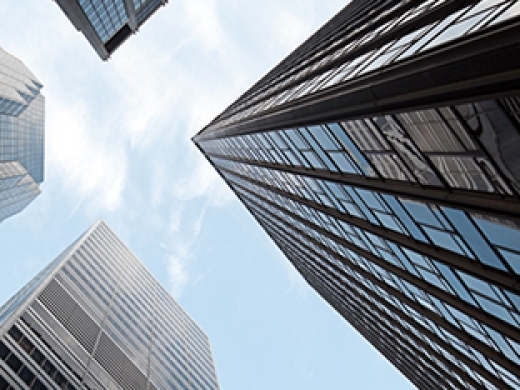