When Heretics Become Heroes of Economics 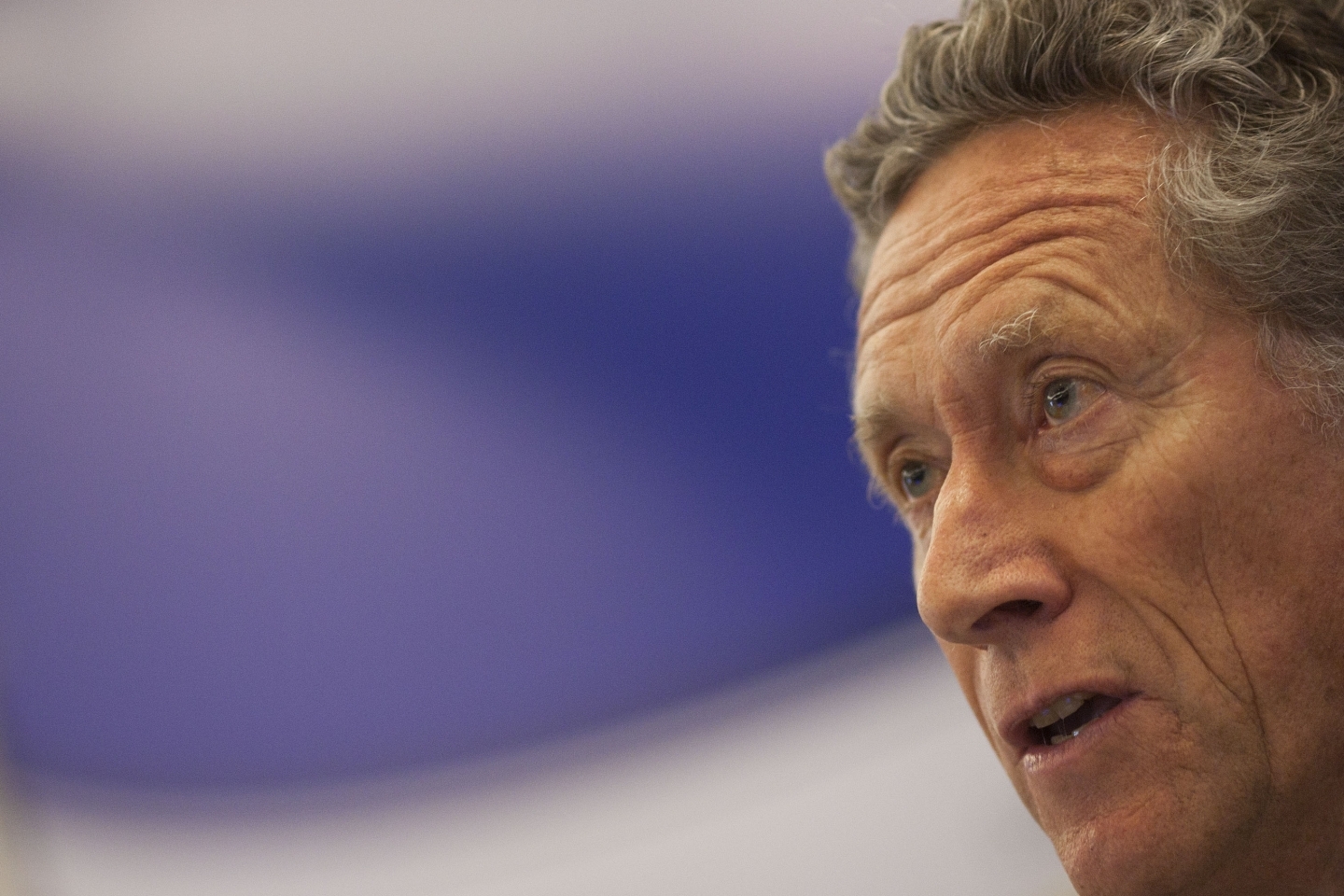 When former IMF chief economist Olivier Blanchard said in 2010 that central banks in advanced economies should aim for 4 percent inflation, he was castigated as a heretic. But occasionally, heretics become heroes. This summer, Blanchard’s ideas went mainstream. In August, John Williams, an influential member of the Federal Reserve’s policy committee, said chronically lower inflation implies that central bankers should adjust their policy goals accordingly. The Economist quickly followed with an editorial that called on rich-world central banks to either raise their inflation targets or set policy to achieve a certain increase in nominal gross domestic product. Greg Ip issued a mea culpa, writing that he had been wrong to dismiss Blanchard six years ago, when he was at the Wall Street Journal, and that the Fed should double its inflation goal to 4 percent.

Bank of Canada Governor Stephen Poloz must have been watching all of this with bemusement. Canada’s central bank had been actively researching the viability of a higher inflation target since 2014. Its five-year mandate was up for renewal in two years, and one of the questions under consideration was whether its 2-percent target was high enough. By the time Williams went public with his questions, Poloz was settling on some answers. “Since 1991, our current flexible inflation-targeting framework has served Canadians well, in calm and turbulent times,” Poloz wrote in a letter to Finance Minister Bill Morneau dated Sept. 21. “It has contributed importantly to macroeconomic and financial stability and thus to sustainable economic growth and higher living standards. Therefore, the bar for change is high, and, based on the evidence, we see no strong justification to alter the framework at this time.”

Morneau was persuaded. On Oct. 24, the Finance Department and the Bank of Canada issued a joint statement that said the central bank’s marching orders would be the same until 2021 as they had been since 2011. Morneau did as Poloz advised in September, restating that the inflation target will be 2 percent, the midpoint of a range of 1 percent to 3 percent, and that the target will continue to be defined as the 12-month rate of change of the total Consumer Price Index. “The Bank of Canada's flexible inflation targeting framework has continued to demonstrate its value,” the statement said. “The well-established credibility of this framework has reinforced the Canadian public's confidence that monetary policy will continue to achieve the inflation target, and helped underpin the Canadian economy through challenging times.”

That conclusion will annoy a few people, not because there is anything glaringly wrong with it, but because there was very little public debate about it. This isn’t all the Bank of Canada’s fault. Poloz and his deputies could have tried to stir interest by talking about the renewal more often; otherwise, the institution did its part. It flagged the pending renewal on its website for the better part of two years, invited economists to discuss potential changes, and published in-house research as it became available. (For the announcement this week, the central bank released the governor’s letter to the finance minister, a first, and held an off-the-record briefing with reporters.) But the rest of the Canadian policy establishment was fairly silent. Parliamentarians expressed no interest in the subject, reporters rarely wrote about it, and the economic commentators who write most often about monetary policy had little to say about the renewal until this summer -- when few were reading, and after it was too late to have any influence.

So the commentary on inflation targeting in the international press cast a shadow over the Bank of Canada’s mandate renewal. In early September, I wrote a piece that argued Morneau should acknowledge the outburst of doubt in a 2-percent target and renew the central bank’s mandate for two years instead of the customary five. I argued that those two years could be used to engage the public, the idea being that a thorough debate about monetary policy would strengthen the Bank of Canada’s credibility.

But few in Ottawa outside the central bank itself appear to care. The Bank of Canada and Finance could have announced the new mandate anytime before the end of the year; they chose to do it on a day that Poloz and Senior Deputy Governor Carolyn Wilkins were scheduled to testify at the House Finance Committee. The governor and Wilkins showed up, and only Guy Caron, the finance critic of the New Democratic Party, asked them about the new mandate. Thanks to Caron’s questioning, we know that the Bank of Canada considered raising the target to 3 percent, the midpoint of a comfort zone of 2 percent to 4 percent. But policy makers decided the benefits (slight boost in economic growth over the short term) would be small, while the costs (upward pressure on inflation) would stay the same -- or in other words, remain a serious threat, especially to older people, who tend to be savers. One of the main arguments for moving to a higher inflation target is that it would give central banks more room to cut borrowing costs if a recession comes. Wilkins told Caron that the Bank of Canada is confident that it can provide adequate stimulus with unconventional policy, such as forward guidance or negative interest rates, if the situation calls for it.

End of story? Perhaps not. It will take a lot to convince Poloz that there is a better way to conduct monetary policy than attempting to keep the CPI growing at an annual rate of 2 percent. (As a young economist at the central bank, he was responsible for much of the research that led to the Bank of Canada’s embrace of inflation targeting 25 years ago.) In his letter to Morneau, Poloz said the central bank will continue studying how best to do its work. “The beauty of the five-year renewal cycle is that it is not forever,” Poloz wrote. “Research on all of these fronts continues and we have the ability to adapt and introduce new topics as conditions change.”

Among the new subjects on the research agenda are the impact of macroprudential policy on the transmission of monetary policy; the optimal mix of fiscal, financial and monetary policies; and the use of communications as a policy tool and as a way of enhancing transparency and credibility. For me, the final item stands out. The central bank may be wondering what it has to do to get the public’s attention on subjects other than the setting of short-term interest rates. It certainly is a subject worth pondering.