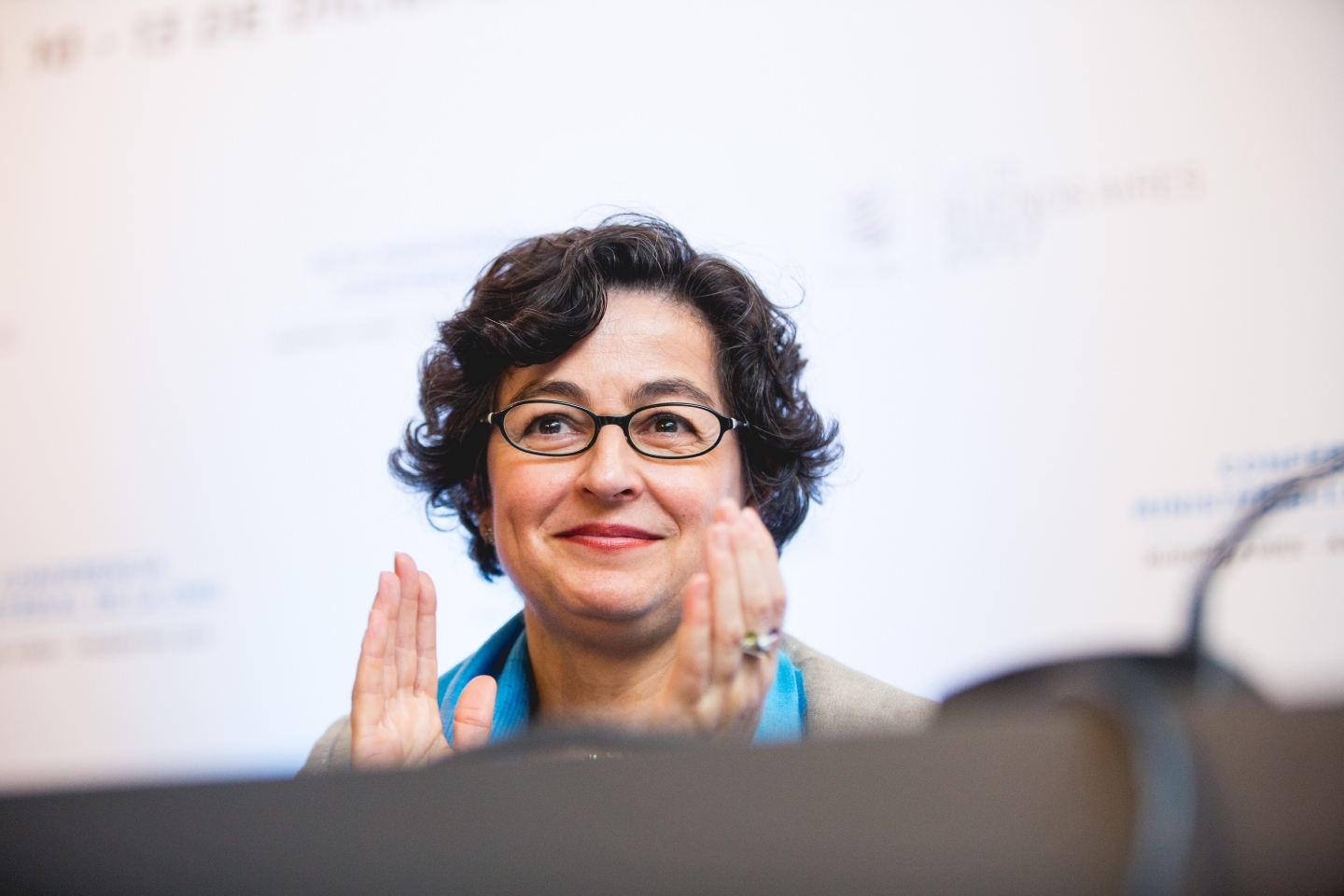 Arancha González is the executive director of the International Trade Centre. WTO/Cuika Foto

Rhetoric and policy thinking around international trade and women’s economic empowerment are changing. The UN Sustainable Development Goal to ensure that women enjoy equal opportunities in economic life and equal rights to economic resources represents a well-intentioned step toward empowering women economically. Awareness is growing that international markets can expand economic opportunities for women, but concerted action is required to make the most of this potential.

Evidence of this progress can be seen in the Group of Twenty (G20) 2017 pledge to cut gender gaps in skills and labour force participation, and its reaffirmation of women’s economic empowerment. The progress is ongoing; increasingly, free trade agreements are including gender chapters, and the vast majority of World Trade Organization (WTO) members have endorsed the Declaration on Trade and Women’s Economic Empowerment.

As with most things in life, the devil is in the details. When it comes to international trade, an important detail is that micro, small and medium enterprises (MSMEs) make up more than 95 percent of the firms in any country and generate about 70 percent of employment worldwide.

MSMEs matter a lot for women as well. Across 99 developing countries, 36 percent of MSMEs are partially or entirely owned by women. However, women-owned MSMEs are less present in the “high economic impact” sectors of construction, transportation, warehousing, manufacturing and wholesale trade. In fact, in some developed economies, the share of MSMEs owned by women ranges from three percent to 18 percent in these more profitable sectors. And in international trade, only one in five exporting companies is owned by women.

Does it matter? Yes, because firms that export are more competitive, and by exporting, they become even more competitive. This results in better salaries, better working conditions and greater contribution to domestic growth.

Should we be concerned? Yes, because the underrepresentation of women in international trade is not the result of personal choice. In fact, it’s mostly the outcome of gender inequalities and gender-specific constraints that adversely affect women in trade.

Women entrepreneurs seeking to do business abroad often find themselves at a double disadvantage. They face the same obstacles as their domestically focused counterparts, such as unequal access to banking, finance, land and support networks. But they also face unique challenges associated with cross-border trade. Their companies tend to be smaller — not least because women dedicate more time to non-remunerated family-related activities. Border costs and delays weigh more heavily on small companies than on larger competitors. Evidence from surveys by the International Trade Centre (ITC) shows that women frequently encounter gender-based discrimination when obtaining trade-related paperwork.

Today, almost one billion women are not able to fully participate in the economy. These are women, mostly from developing countries, who will be of working age by 2020, but still lack the required education or training to contribute to their national economy. Many women simply cannot work because of financial, regulatory, familial, logistical or legal constraints. Around 90 percent of the 173 countries examined by the World Bank have at least one law discriminating against women’s participation in the economy. When women are not full participants in the economy, they cannot fully benefit from international trade.

Gender-disaggregated data would contribute to a better understanding of women-owned MSMEs and the sectors in which they are prevalent. That understanding could feed into trade policies that ensure equal opportunities and better identify — and remove — barriers to women’s participation in trade. The ITC’s She Trades initiative is working toward that goal by addressing the specific constraints facing women who want to break into export markets, starting with solid gender-disaggregated data.

The Declaration on Trade and Women’s Economic Empowerment was the start of a process. Over the next two years, countries, civil society, business and academia will gather at the WTO for a series of seminars covering gender-based analysis of trade policy, women entrepreneurs’ participation in public procurement and international value chains, financial inclusion of women, women in trade agreements and bridging the gender-based digital divide.

Participants will exchange information about what has worked — and what has not — in their attempts to encourage women’s participation in the economy. They will also seek to ensure that Aid for Trade pays better attention to its focus and impact on women.​ Along with these seminars, experts will publish a series of papers on these and other issues, to be compiled in a guide ahead of the twelfth WTO Ministerial Conference in 2019.

Although this is only a modest first step, the declaration represents an important milestone in the WTO’s history. A large proportion of WTO members and observers coalesced around a set of actions to advance women’s empowerment and agreed to use the WTO as a platform to explore them. This is part of a much-needed larger agenda for the WTO that would help members shape their trade policies in light of broader socio-economic goals. Governments that have not yet endorsed the declaration are encouraged to join the more than 120 WTO members and observers who have signalled their willingness to build the evidence base for more inclusive trade.

While the potential gains are clear, the level of progress toward women’s economic empowerment remains hugely uneven across jurisdictions. Collectively, there is a long way to go in leveraging the full benefits of trade policies for women and men alike.