Who Should Pay for the News?

There is little doubt that the business model of journalism is in trouble. For nearly 100 years, journalism has relied on three broad revenue sources: advertising, classifieds and subscriptions. The internet has upended all three. Advertising and classifieds are now far more efficiently delivered via platforms, which employ their enormous troves of user data to micro-target consumers. And, save for a small number of global brands and niche publications and newsletters, subscriptions have not made up the balance of revenue needed to sustain a robust journalism sector.

The result has been a substantial decline in newsrooms, large-scale layoffs of reporters and the emergence of vast news deserts — communities with no journalism at all. This decline has a social cost. In an era when we desperately need to access reliable information, we must rely on opaque platform algorithms and social queues to sort through news about the world. While problems of trust, polarization and disinformation in our democracies have many causes, there is no doubt that the decline of journalism as a source of dependable information in our society is an important contributing factor.

Although the free market has led to highly efficient advertising, it has failed to deliver quality journalism to the extent we need in a democratic society. Traditionally, when a market failure led to social or economic harm, we looked to governments to govern. And so, around the democratic world, governments are beginning to step into the perilous space of developing policy in support of journalism. In many respects, this is a golden age for journalism policy. The challenge, of course, is that journalism is not like other sectors — the auto sector, for example, doesn’t also hold governments to account. Governments must tread carefully and lightly when engaging in the debate of whether, and how best, to use public funds to support the practice of journalism.

Despite these challenges, many scholars and civil society advocates have been calling for greater public support for journalism for decades, and capitals around the world are now receptive to the idea and showing real willingness to experiment with policy.

Most recent government initiatives to support journalism have begun with the premise that the problem can be addressed by correcting the market failure, although from that starting point they diverge, using a range of interventions.

The most direct approach thus far is Australia’s Treasury Laws Amendment (News Media and Digital Platforms Mandatory Bargaining Code) Act 2021, which came into force in March. Introduced by the Australian Competition and Consumer Commission, it targets what it perceives as the anti-competitive business practices of Google and Facebook. The principle behind the code is that there is a duopoly in online advertising that makes fair negotiation over content licensing impossible. The new code says that publishers and platforms must enter into content licensing agreements, or face forced arbitration.

France has taken a different tack to incentivizing payments for news content. France is the only country to have adopted the European Union’s 2019 directive on copyright and related rights in the Digital Single Market. The directive both looks at responsibility for illegal content posted online and makes platforms pay for news (including snippets in searches) by expanding copyright protections.

In Canada, the 2019 Federal Budget committed a tax package of $595 million over five years to support journalism. The main component was a journalism labour tax credit, allowing qualifying news organizations to apply for a refundable tax credit of up to 25 percent of eligible newsroom employees’ salaries or wages, with some conditions.

While all of these policy measures have had some positive effects, they also suffer a core challenge: they rely on the two most powerful actors in contemporary society (the government and big tech) to decide who receives journalism funding. The result is that journalism is increasingly supported by the two institutions it most needs to hold to account.

This concern has been widely identified regarding the Canadian labour tax credit, most assertively by journalists (notably, not the publishers, who lobbied for the measure). The problem is that at some point someone needs to decide who is a journalist and, therefore, who qualifies for the subsidy. Although the risk of conflict is somewhat mitigated by moving the decision making far from political interference, this scheme still results in a government office making final decisions on who is a journalist.

Measures such as Australia’s new code and changes to copyright enforcement have different effects. They have incentivized tech platforms to enter into a sweeping set of opaque deals, of their own making, with publishers to support an array of journalism-related initiatives. The platforms are presumably doing this to stave off regulation or forced arbitration. These initiatives can be small and seemingly innocuous, but still problematic, ones — such as Facebook Canada’s sponsoring The Walrus to do a series on the future of the internet — or much broader arrangements for content licensing, such as the recent Google licensing agreements, the value and terms of which neither Google nor the publishers will disclose. The workings of the floodgates of platform funding for journalism, programming, and the decisions behind the direct transfers of funds take place without any measure of transparency, from either the platforms or the publishers.

The author of Democracy without Journalism? Confronting the Misinformation Society, Victor Pickard, has been at the centre of the debate over journalism policy for the past decade. Pickard argues that these unfortunate by-products of otherwise well-meaning policies are a result of misdiagnosing the problem. The problem, he says, isn’t just unfair market practices that can be nudged through government interventions; the problem is actually a systemic market failure — the very idea that journalism should be a private good at all, subject to the whims of the market. Instead, as even our nations’ founders believed, journalism must be seen as a public good.

This focus on systemic failure to provide for a public good allows Pickard to think about far bigger solutions, solutions that could create a paradigm shift in media. In the United States, where, historically, public broadcasting has been dismissed in favour of free market absolutism, he advocates for a renaissance in public funding for journalism, including, for example, the reimagining of the post office as a mechanism for supporting local journalism.

Perhaps most interestingly, though, he argues that, outside of public broadcasting, money put into journalism from either big tech or the government should be put in an independent trust. This idea of some sort of civic media fund, whereby money to support journalism would be allocated by an independent third party, has also been suggested by other scholars, including Ethan Zuckerman and Emily Bell.

The question still remains how this body will decide who gets funding. One solution is to use a method developed by Reporters Without Borders through their Journalism Trust Initiative. Instead of evaluating the content of the journalism (a fraught premise), they propose a standards-based approach, whereby an organization (whether for profit or non-profit) would be assessed on its compliance with core journalism standards, such as whether there is an editorial board, disclosure of revenue sources and correction policies.

Both governments and platforms should invariably support journalism. It is too important to our democracy to simply leave to the whims of a market in systemic failure. But they should do so in a manner that gives them no power over how these resources are allocated. The emerging status quo of substantial percentages of revenue coming from the two sectors of society (big tech and government) that journalism must hold to account is bad for journalism and, more importantly, bad for democracy. 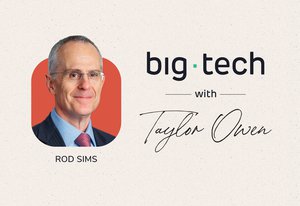 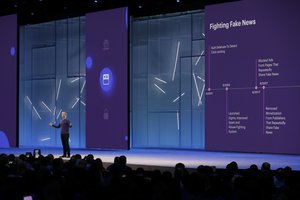 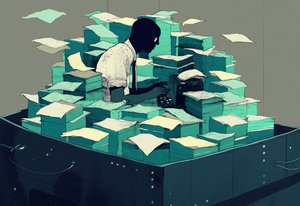