Why central bankers should talk more, not less 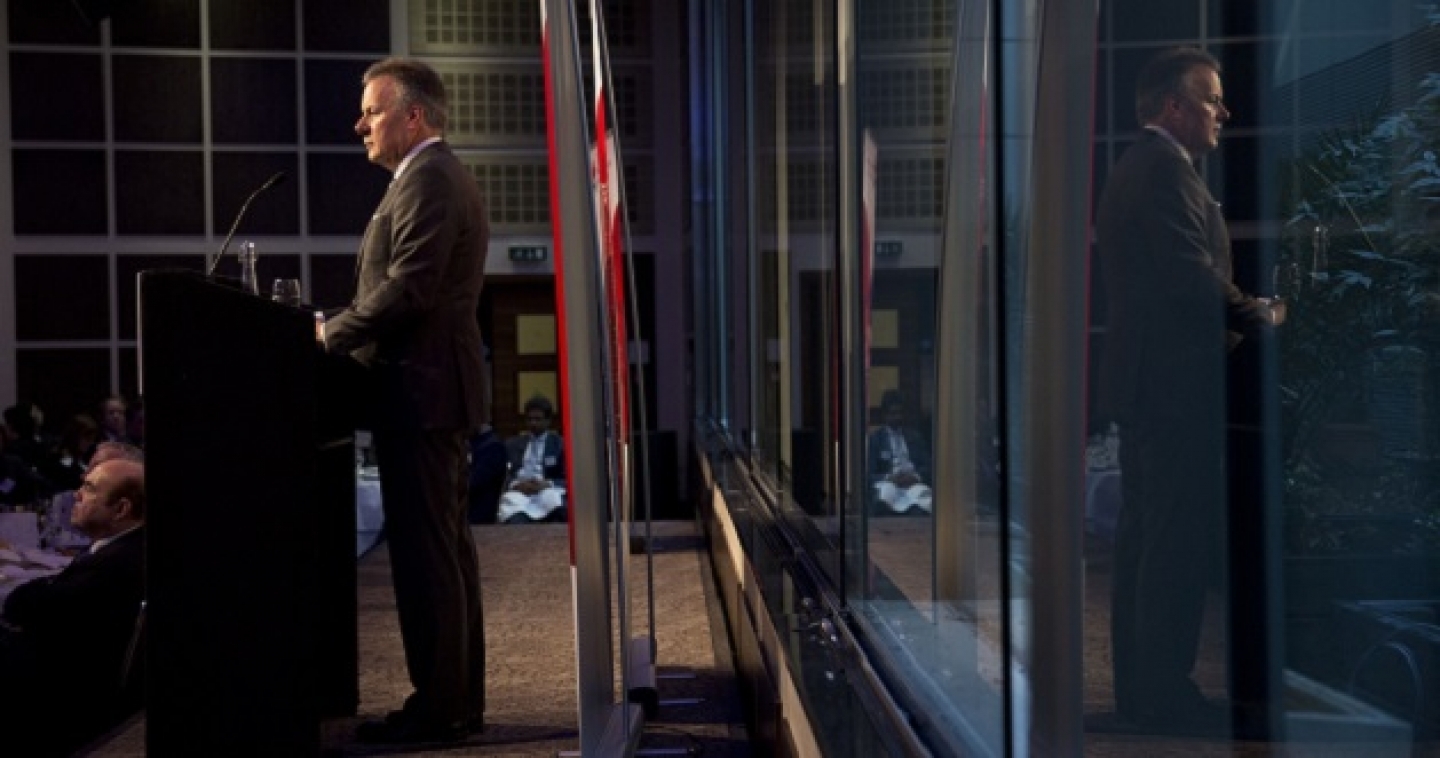 Stephen S. Poloz, the Governor of the Bank of Canada, gives a speech to the Canada-United Kingdom Chamber of Commerce in London, Thursday, March 26, 2015. (AP Photo/Matt Dunham)

Between June 2013, when he was appointed to the post, and December 2015, Bank of Canada Governor Stephen Poloz uttered barely a word about fiscal policy. Then, on Dec. 8 in Toronto, he broke his silence on the subject, acknowledging in a speech that government spending could play a positive role in saving an economy pushed to the brink. A month later, he alluded to the potential benefits of fiscal policy again, telling an audience in Ottawa that it would take more than a weaker currency to counter the blow to Canada’s economy from the collapse of oil prices.

“Other complementary policies can be deployed to offer a broader array of buffers while still encouraging the necessary longer-term adjustments, including fiscal policies and policies that make labour markets more flexible,” Poloz said.

It could be nothing. Or, as I mused in a piece for Canadian Business, it could be related to the departure of a prime minister who was certain his belief that a balanced budget was the right response to a severe contraction in business investment and a deterioration of potential growth. Since the October election, Ottawa has been ruled by a prime minister who intends to run deficits to finance tens of billions of dollars in infrastructure spending. It is safe again for a Canadian public official to say that deficits aren’t always bad.

Let’s assume Poloz avoided any reference to Keynes or fiscal policy on purpose. (Again, the fact that his most explicit references to government spending came after former prime minister Stephen Harper’s exit could be a coincidence.) Purists will have no quarrel with that. Rob Gillezeau, an assistant professor of economics at the University of Victoria who worked for Canada’s federal New Democratic Party through the election, took issue with the tilt of my Canadian Business article. Gillezeau believes central bankers are powerful enough already, and that fiscal policy (in a democracy) should be left to the men and women elected to make it. The central bank’s independence must also be considered. Central bankers aren’t high court justices; their terms are shorter, and they can be fired or forced to quit. Therefore, the leaders of independent central banks have an incentive to stay on the good sides of their political masters, limiting public comments to issues that relate directly to monetary policy.

But how democratic is that convention, really? At the end of October, Reserve Bank of India Governor Raghuram Rajan said this in a convocation speech at the Indian Institute of Technology Delhi:

"Tolerance can take the offense out of debate, and indeed instill respect. If I go berserk every time a particular button is pressed, rebels are tempted to press the button, while mischief-makers indeed do so. But if I do not react predictably, and instead ask button pressers to explain their concerns, rebels are forced to do the hard work of marshaling arguments. So, rebels do not press the button frivolously, while the thuggish mischief makers who abound in every group are left without an easy trigger. Tolerance and respect then lead to a good equilibrium where they reinforce each other."

Innocuous comments, right? They actually were extremely political. Rajan made them during a national media frenzy over accusations that Prime Minister Narendra Modi was creating a culture of intolerance by saying too little about a handful of violent incidents in which minorities were the victims of Hindu mobs. The safe play for Rajan would have been to steer clear of the “intolerance” debate; indeed, his comments were widely reported, as he must have known they would be. Rajan was way outside the bounds of monetary policy. But he and his institution constitute a rare beacon of trust in a country that is tied for 85th on Transparency International's Corruption Perception Index. Rajan was in a unique position to carve out some neutral space in a debate that was an indecipherable mix of authentic concern and partisan opportunism. Sometimes, there is more to life than inflation.

Obviously, a central banker must observe boundaries. Rajan didn’t pass judgement on whether India was becoming less tolerant, he simply implored his countrymen and women to debate such questions with more maturity. Bank of England Governor Mark Carney last year entered the debate over climate change, but on the grounds that he and his peers were well placed to address the question of how banks and insurance companies should account for their exposure to the financial risks of a warming planet. Former Federal Reserve chairman Ben Bernanke told Congress repeatedly that its contractionary fiscal policy was forcing him to take bigger gambles with exceptional monetary policy.

And what of Poloz, again, assuming he held back to avoid a clash with the Prime Minister’s Office? If it is OK to talk about fiscal policy now, surely it would have been right to do so last year, at a time when the Bank of Canada realized the oil shock was going to be very bad for the country’s economy. I realize that’s an idealistic assertion. So rather than blame Poloz, I will blame institutional failure. An interested and even semi-independent House of Commons Finance Committee might have engaged the Bank of Canada governor in a useful dialogue on the economy, except Canada hasn’t had one of those for at least a decade, if not longer. The convention that central bankers should be seen and not heard appears to have denied Canadians a neutral assessment of all the policy options that were available to respond to an economic downturn. If central bankers, such as Poloz, must mind their business, then elected representatives, such as those in Canada, should start doing theirs.

The convention that central bankers should be seen and not heard appears to have denied Canadians a neutral assessment of all the policy options that were available to respond to an economic downturn.
The opinions expressed in this article/multimedia are those of the author(s) and do not necessarily reflect the views of CIGI or its Board of Directors.