Why Isn’t Development the Chief Object of Investment Law? Reflections on UNCTAD 14 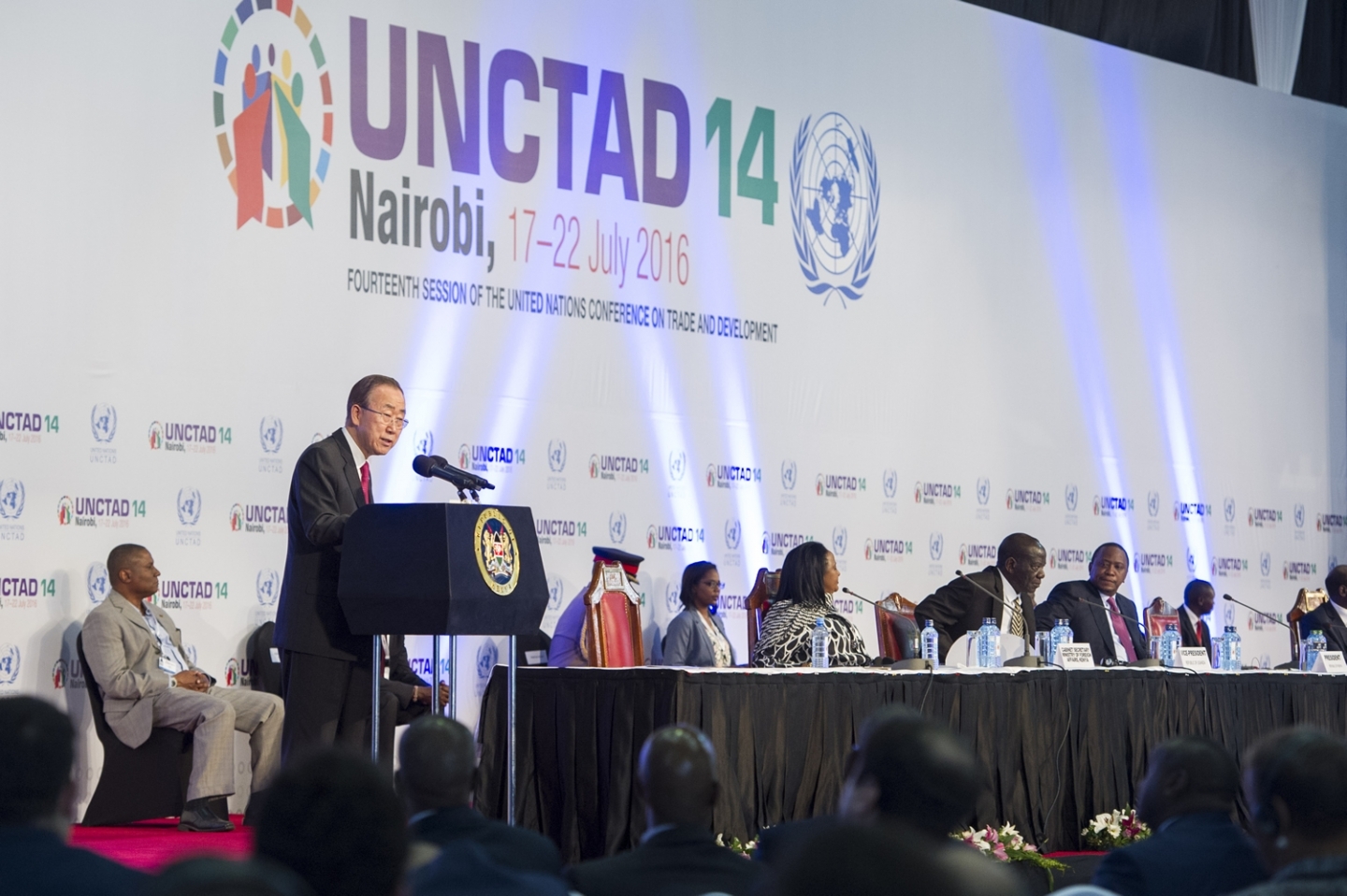 It was a privilege to travel to Nairobi, as part of a CIGI observer delegation, to attend the quadrennial conference of the United Nations Conference on Trade and Development (UNCTAD). As part of the proceedings, the fifth World Investment Forum was convened – the largest gathering of state and non-state actors to discuss investment promotion and protection.

New inward investment is critical to the future prosperity in developing and less developed countries. These states are in desperate need of new investment in order to improve public infrastructure, facilitate technology transfer, and generate employment opportunities. Yet new investment has not been directed toward those who need it most. UNCTAD has identified an annual ‘investment gap’ of $2.5 trillion required in order for developing countries to meet development goals set out in the 2030 Agenda for Sustainable Development (SDGs). The SDGs are a grab bag of worthy objectives, ranging from ‘ending poverty in all its forms everywhere’ to promoting ‘peaceful and inclusive societies.’

The investment gap suggests that the spread of investor protections via International Investment Agreements (IIAs) has not done much to improve the lives of poor people in the developing world. In short, the path we are on needs a course correction. Admittedly, economic development has never really been a core concern of the legal regime for the protection of foreign investors. Rather, the principal objective has been unremitting protection for investors by dampening policy changes that diminish future profitability. Lip service, nevertheless, continues to be paid to the ways in which IIAs attract investment, without very good empirical evidence in support.

What became apparent over the course of the five-day conference was the degree to which the two sides of UNCTAD concerned with foreign direct investment – the one concerned with investment promotion, the other with investor protection – do not appear to speak much to each other. Investment promotion agencies within host states aim to attract new inward investment. Best practices have these agencies offering ‘one-stop shopping’ to foreign investors. Investment promotion, however, is not only about providing convenience to foreign investors – it is also about contributing to the economic well-being of non-investors. In order to advance this objective, host states will want to consider a wide variety of policy tools, including measures associated with ‘positive discrimination’.

On more than one occasion, speakers at UNCTAD 14 on the investment promotion side proposed measures of this nature – measures that are likely to run afoul of IIA standards on national treatment and performance requirements. Measures, for instance, that target youth, women, or small to medium enterprises (SMEs) might better improve their economic conditions, yet violate international treaty norms. Investment promotion directed to improve specific sectors of the economy, such as mandating the employment of local labour or service providers, might well assist these sectors, but are as likely to give rise to an investment dispute. Investment promotion folks seemed unaware of these difficulties. At most, such measures, as one speaker acknowledged, were in ‘tension’ with IIAs. They are not merely in tension; they are in legal conflict. The linkages between investment treaties and limits on host state policy space simply were missing in action in these discussions.

It is also pretty clear that international investment lawyers, both within government and without, seem mostly uninterested in economic development. With few exceptions, they are preoccupied with ‘rule of law’ promotion, namely, rule by the investment arbitration bar. A perusal of any of the leading journals, texts, and edited collections reveals that lawyers are concerned with investment treaty standards, the jurisdiction and rulings of investment arbitration tribunals, and so on. Providing security to foreign investors and, in the course of so doing, chilling policy changes that run afoul of treaty standards is precisely the object of that enterprise.

The disinterest of lawyers became evident during the controversy, in the early 2000s, over whether a contribution to economic development was required in order for an investor to invoke jurisdiction under the ICSID Convention. The Salini tribunal concluded that a contribution to host state economic development was a prerequisite to a tribunal taking jurisdiction under the Convention. Subsequent tribunals have declined to follow Salini. According to arbitrator Jan Paulsson in Patechniki, nothing more is required of an investor than that there be a commitment of resources, entailing an assumption of risk with an expectation of commercial return. Zachary Douglas omits host-state economic development as a jurisdictional prerequisite in ICSID claims in his treatise on investment claims (identified as ‘Rule 23’). Paulsson cited this work approvingly, declaring that it ‘may well encapsulate an emerging synthesis’ (para. 36).

International investment lawyers are unlikely allies in relocating economic development to a more central place in this legal field. This may help to explain why the two sides of UNCTAD’s investment forum seemed to operate at arm’s length from each other at UNCTAD 14. Lawyers and arbitrators are retained to promote the economic well-being of investors, not those of general populations. We should work around them by bringing a greater diversity of voices into discussions about investment treaty policy and decision-making. International investment law thereby could do more than merely inhibit state action, but improve the living conditions of the poor people residing outside of capital exporting states.

Lawyers and arbitrators are retained to promote the economic well-being of investors, not those of general populations. We should work around them by bringing a greater diversity of voices into discussions about investment treaty policy and decision-makin
The opinions expressed in this article/multimedia are those of the author(s) and do not necessarily reflect the views of CIGI or its Board of Directors.