From the US job market to congressional battles over tax reform, these volatile variables will impact trade negotiations 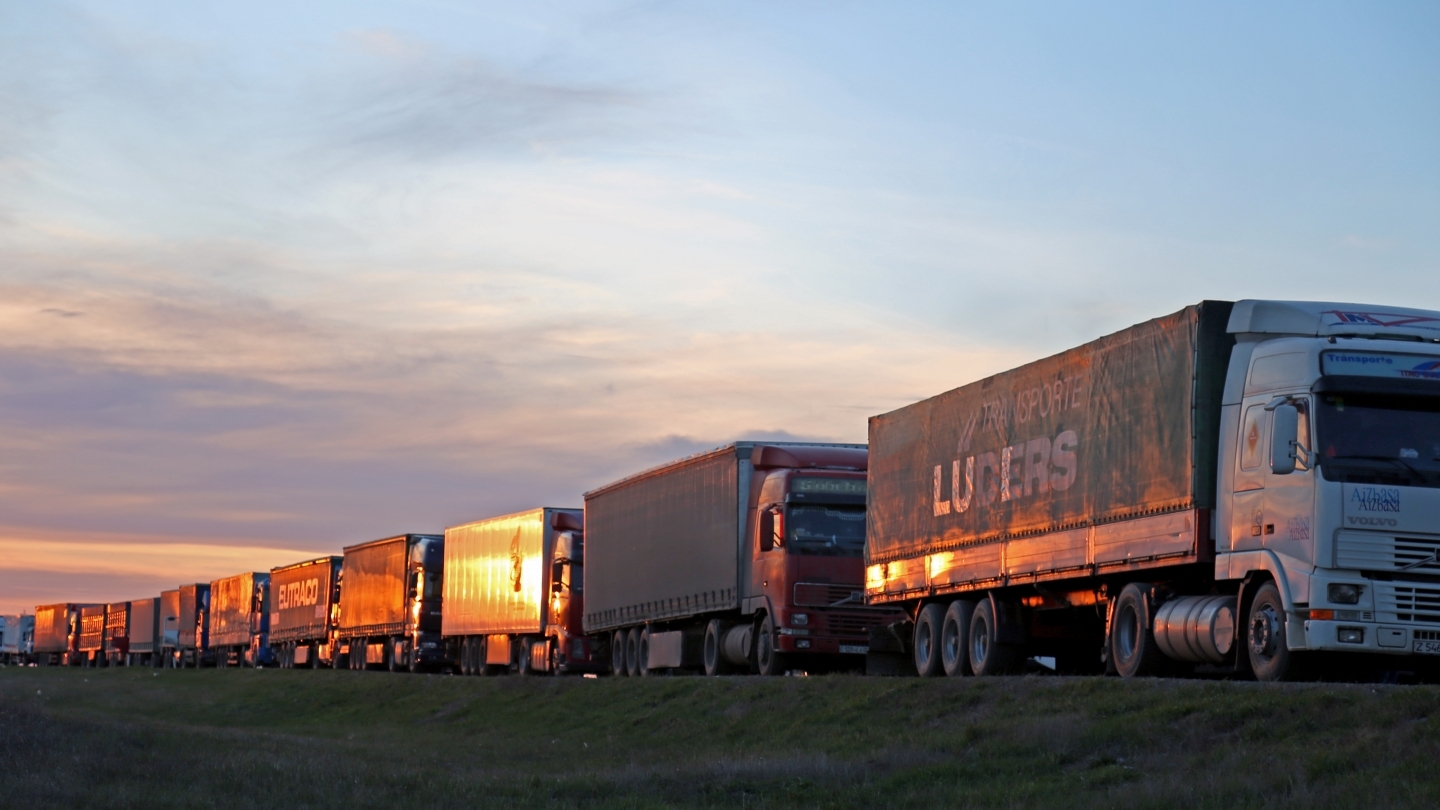 The Trump administration’s plan for renegotiating the North American Free Trade Agreement (NAFTA) emerged at the same time as the White House’s effort to promote US manufacturing and its “Made in America Week” public relations offensive.

The combination was no coincidence, as the administration’s 18-page list of objectives for NAFTA, released by the Office of the US Trade Representative, seeks as a top priority to “improve the US trade balance and reduce the trade deficit” with Canada and Mexico. The bargaining principles set the stage for negotiations among the three countries to start by mid-August.

The package, however — not surprisingly — has a number of objectives that Canadian and Mexican negotiators will reject. It also leaves a lot unsaid. Canadian and Mexican negotiators are expected to push for a variety of other provisions that will likely make US policy makers cringe. Consequently, Wall Street financiers don’t expect an agreement of any sort to be reached until 2019 or later, despite talk from all three capitals that a deal could be done by December.

For example, the objectives seek to eliminate a dispute settlement mechanism that applies to anti-dumping and countervailing duty laws, Chapter 19 under NAFTA. Countervailing duties are imposed when the US Department of Commerce, for example, finds that a foreign government is illegally subsidizing its domestic industry in a way that would disadvantage the US industry. The Trump administration’s effort to remove the mechanism isn’t a shock — it fits within the White House’s protectionist rhetoric.

But Chad Bown, a senior fellow at the Peterson Institute for International Economics in Washington, suggests that Canada and Mexico are likely to respond by saying that they want not only to keep the mechanism but also to expand it to cover a wider array of laws.

That’s because the United States under the Trump administration during its first 100 days has significantly expanded the use of US trade laws in many areas, launching national security cases involving steel and aluminum and instigating so-called global safeguard investigations into solar panels imports. Not surprisingly, another core area of disagreement involves the Trump administration’s assertion that softwood lumber produced in Canada is unfairly subsidized by the government.

“If you are going to be actively using these laws we [Canada and Mexico] want to make sure that we have a mechanism to really try and make sure they aren’t going to affect us much at all,” said Bown at a recent event on NAFTA co-hosted by the Peterson Institute, the Centre for International Governance Innovation (CIGI) and the Center for Strategic and International Studies.

“Canada and Mexico will want to expand it. Right now it covers anti-dumping and countervailing duties but they will say, ‘you, the US, are going to more actively use a global safeguards provision, so we want much more expedited procedures to protect our interest there.’”

Nevertheless, there are some areas, focused on modernization of the contract, where negotiators are likely to find common ground. Patrick Leblond, a senior fellow with CIGI, suggests that the Trump administration’s principles for the renegotiation of NAFTA leave the door open for implementing an approach to cross-border e-commerce that mirrors one that had been established in the Trans-Pacific Partnership (TPP), which the United States has withdrawn from.

For example, the US Trade Representative’s NAFTA objectives on digital goods seek to set up rules that do not impose restrictions on cross-border data flows or require the installation of local computer facilities. The provision, which is in line with TPP, is intended in part to send a message about the free flow of information to China, where many websites and businesses can’t operate unless they have domestic servers.

“The people who negotiated the TPP will be the same negotiators who can renegotiate NAFTA,” Leblond says. “The chapter on e-commerce is the most advanced. It is a natural fit.”

Leblond disagrees with critics who argue that topics such as gender and human rights shouldn’t factor in negotiations about commercial trade, arguing that previous negotiations have helped raise the bar: “When it comes to labour rights it was beneficial to have Mexico upgrade its standards for workers.”

Negotiators are also likely to be at loggerheads over environmental issues. Yale University Environmental Law and Policy Professor Daniel Etsy suggests that any renegotiated NAFTA effort should begin with a sustainable development impact analysis, which provides an opportunity to look at potential points of tension between environmental and economic goals. Etsy, who arguesthat NAFTA has improved environmental standards throughout North America, says Europe has a model for this kind of analysis that could be adopted for the Americas.

“The world community believes that sustainability is a framework concept for the 21st century,” Etsy told participants at the event at the Peterson Institute. “It has been ratified multiple times in international agreements, most recently in the Paris climate change agreement in 2015.”

Etsy also argues that international environmental agreements, such as the Paris Agreement on climate change and a global pact on sustainable development goals, should be included in a renegotiated NAFTA. Such an effort is likely to be met with disdain by the Trump administration, which withdrew from the Paris Agreement. Peter Navarro, chief of the newly created White House National Trade Council, recently called the accord “disastrous.”

A renegotiated NAFTA, Etsy insists, should also be more transparent when it comes to data providing indicators of environmental progress. “We should be more fact-based or empirically and data driven so there is a framework for ongoing review if environmental stresses get worse,” he says. “We have a much better capacity to manage the data today.”

It’s clear that disputes over trade settlement mechanisms and environmental and human rights issues will make it harder for the three countries to achieve a broad agreement. Moves by the Trump administration that might reduce trade and investments among the North American countries, for example, would likely be met by Canadian and Mexican efforts to protect the status quo.

Leblond suggests Canada and Mexico may ultimately opt to stall the negotiations in the hope they can wait out the current White House team.

“I would not be surprised if the negotiations drag out to try and bring in a more understanding administration down the road,” he says.

And any effort to achieve what Wall Street insiders argue would represent a reasonable modernization of the trade agreement would likely give high-profile Democrat lawmakers an opportunity to score political points on their argument that the president has reneged on yet another promise.

“You said you were going to give us our auto industry back and get rid of the trade deficit with Mexico and you didn’t do it,” is the kind of refrain we may hear, according to Gary Clyde Hufbauer, a senior fellow at the Peterson Institute. “Trump got a lot of votes by his really anti-Mexico, anti-NAFTA stand and he’s smart enough to know that, which makes it more difficult for him to achieve a reasonable NAFTA negotiation.”

That’s why Hufbauer suggests that any serious NAFTA renegotiation will not be considered until 2019 at the earliest. Congressional elections in the US and Mexican general elections set for 2018 will get in the way of any earlier rework effort, he says.

Other policy considerations will likely factor into the US approach to NAFTA. A failure by the Trump administration to approve broad tax and health care reform in the coming years, a serious possibility, could make the White House, in seeking to achieve at least some of its stated policy goals, more forceful on trade issues.

One possible option is for the United States to abandon the talks and pull out of NAFTA altogether. But doing so could have a very negative impact on markets, and hit the auto and rail sector, which is significantly integrated throughout the three countries, suggests Leblond.

Nevertheless, US economic performance will likely play an invisible but important role in any renegotiation. A booming US jobs market could allow for an agreement to be reached. A struggling economy could have the opposite impact.

“If [the US] goes to below four percent unemployment and we have a lot of help-wanted ads, then it would make it a lot easier for Trump to slide away from his rhetoric and reach an agreement,” Hufbauer says. “He could say, ‘I delivered the jobs.’” 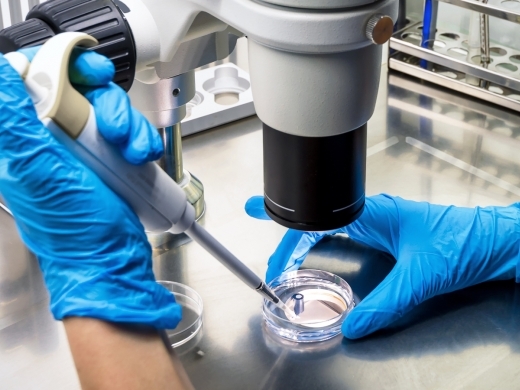