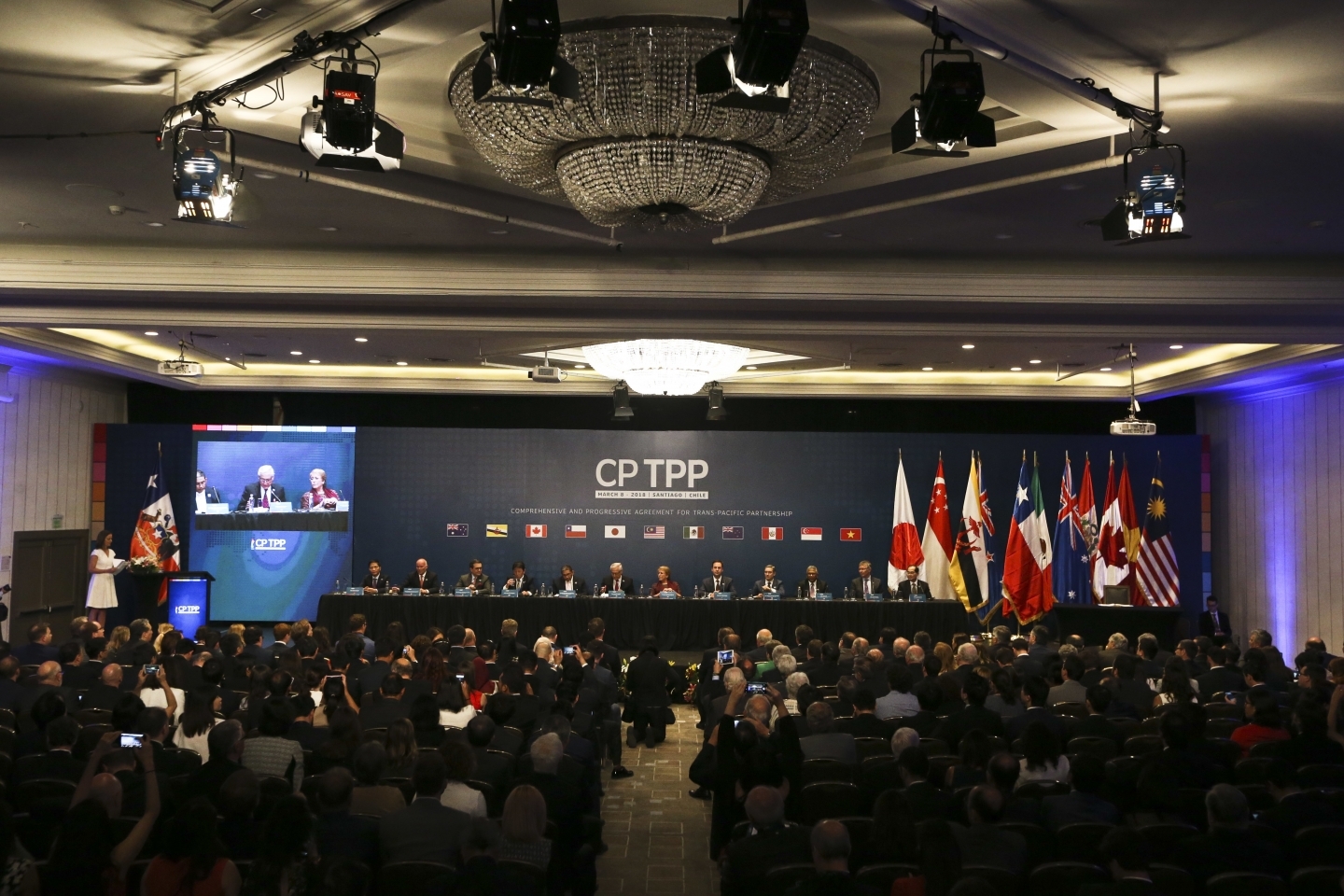 The last few years have brought a new sense of purpose to public discourse on how the global trading system should be shaped, and in particular, a new emphasis on the need for inclusive growth as part of broader trade liberalization efforts. In many cases, the rationale is not just because this is the “right” thing to do, but also because it is good for the broader economy and for business.

That said, the gender dimension of inclusion has not featured prominently, even among the wealth of commentaries on inclusive growth, globalization and trade that have been produced in recent years (with some notable exceptions — particularly the outstanding work that has been done by the International Trade Centre and under the auspices of the Organisation for Economic Co-operation and Development). With the advent of the World Trade Organization’s (WTO's) Declaration on Trade and Women’s Economic Empowerment in December 2017, along with provisions in a handful of free trade agreements (FTAs), this issue has come more strongly to the fore. What is less obvious, however, is how to best tailor trade agreements to deliver tangible improvements for women.

Although there is not a great deal of gender-disaggregated data available, women are certainly under-represented in export activity, and their participation tends to be concentrated in traditional sectors (agriculture, textiles and clothing) and a few service sectors (tourism, education, and information and communications technology services). Globally, only one in five exporting firms is led by a woman.

This under-representation matters, given the myriad of benefits that trade brings: economic growth, job creation, higher wages and living standards, the dissemination of technology and know-how, and greater competitiveness and innovation. Exporting firms in developing countries employ more women than non-exporters, and women-owned businesses that export report substantially higher sales than their non-exporting counterparts.

The first step in addressing the problem is to develop a more comprehensive and nuanced understanding of the issues. The WTO declaration quite rightly emphasizes the importance of addressing the existing data gap on gender and trade issues as an early priority in order to enable governments to develop robust evidence-based policy approaches. This would also allow a more considered approach to the ex ante analysis of gender impacts of trade measures (for example, the United Nations Conference on Trade and Development Gender Toolbox) that some have proposed.

In addition, it is clear that countries will need to address a range of very important domestic, structural and distributional issues as part of the broader effort. Many commentators point out the importance of tackling inherent gender biases in domestic legislation governing land and asset ownership, discriminatory labour conditions, barriers to education and trade-related financing, and in cultural biases around gender roles that prevent women from engaging in business. On the whole, however, these are not issues that a trade agreement can easily address.

Business has a critical role to play in seeking to enhance women’s engagement in trade, and there are some excellent examples of information-sharing and capacity-building programs already underway, including those developed by groups of multinationals and in regional business bodies such as the Asia-Pacific Economic Cooperation (APEC), the APEC Business Advisory Council and the ABAC WomenConnect project. But again, this private sector-led effort does not inherently lend itself to a trade agreement.

Where trade agreements could help is in countering the specific trade challenges that women face in cross-border activity. Those challenges include classical trade barriers — such as tariffs and non-tariff barriers, particularly in sectors where women are currently significant participants — as well as barriers related to finding trade and market information, engaging in foreign networks, the need for more capacity building and skills development, and access to technology.

The Comprehensive and Progressive Agreement for Trans-Pacific Partnership (CPTPP, a renegotiation of the former Trans-Pacific Partnership) makes some progress in addressing these needs, both in its broad (gender-neutral) approach and in targeted provisions on women and economic growth. The latter provisions are intended to help women take full advantage of the benefits that the CPTPP could offer.

While the CPTPP’s article 23.4 provisions, part of a general chapter on development, are rather modest and non-binding, the emphasis on information sharing, capacity building and enhancing access to markets is broadly consistent with the approach in the WTO declaration — which nine of the 11 CPTPP members signed. Nonetheless, it should be noted that the provisions stop well short of the more ambitious approach in the FTA signed by Canada and Chile, both of which are also CPTPP members.

Under article 23, CPTPP governments shall consider undertaking cooperative activities aimed at enhancing the ability of women, including workers and business owners, to access and benefit from CPTPP opportunities. The illustrative activities listed include:

Beyond those provisions, the agreement includes a raft of gender-neutral measures that should, at least indirectly, help women in CPTPP economies trade more successfully.

The agreement includes reductions of tariffs and regulatory barriers, and there is a strong emphasis on addressing non-tariff barriers (NTBs) such as procedural obstacles, opaque technical regulations or unscientific sanitary and phytosanitary requirements. This is helpful, given that the burden of NTBs falls disproportionately heavily on women entrepreneurs and small and medium-sized enterprises (SMEs) as a result of the high fixed costs involved.

The CPTPP also includes a dedicated chapter on SMEs. Globally, one-third of SMEs are owned by women. These SME provisions should help address the information deficits that women commonly face in trying to engage in trade. Ideally, this chapter will also provide for the establishment of a formal intergovernmental SME committee that seeks to share experiences and address some of the information and capacity deficits that small firms face. Potentially, in the future, CPTPP members could look to extend this existing architecture to engagement on gender issues as well as SMEs. (In fact, at the time of signing the agreement, New Zealand, Canada and Chile signed a Joint Declaration on Fostering Progressive and Inclusive Trade, including gender issues).

Other CPTPP provisions that will likely enhance opportunities for women result from the strong underlying aim in the agreement to create the right regional environment for global value chains (GVCs) to flourish. By their nature, GVCs offer good opportunities for women, since they enable trade in even relatively small volumes of goods or services in cross-border production processes.

Finally, the CPTPP breaks new ground by including far-reaching trade provisions related to the digital economy and cross-border data flows. This, too, is likely to generate benefits for women, given the potential of new technologies such as online platforms, e-commerce, fintech (financial technology) and digitally provided services to overcome the traditional challenges that women have faced relating to cost, difficulty and scale in accessing foreign markets.

As economies look to negotiate new FTAs, including an eventual region-wide Asia-Pacific FTA, there are powerful reasons to include provisions that actively seek to enhance women’s engagement in trade, both by reducing barriers and by providing assistance to participate more successfully. Many governments have recognized that the backlash against globalization demands answers, not least of which to safeguard the social licence for continued trade liberalization, and in particular, to offer a better narrative about the benefits of trade. But it’s not just about telling the story better; it’s about having a better story to tell about women’s participation in trade.