Will the IMF Provide Stability in the Face of a "Synchronized Slowdown"? 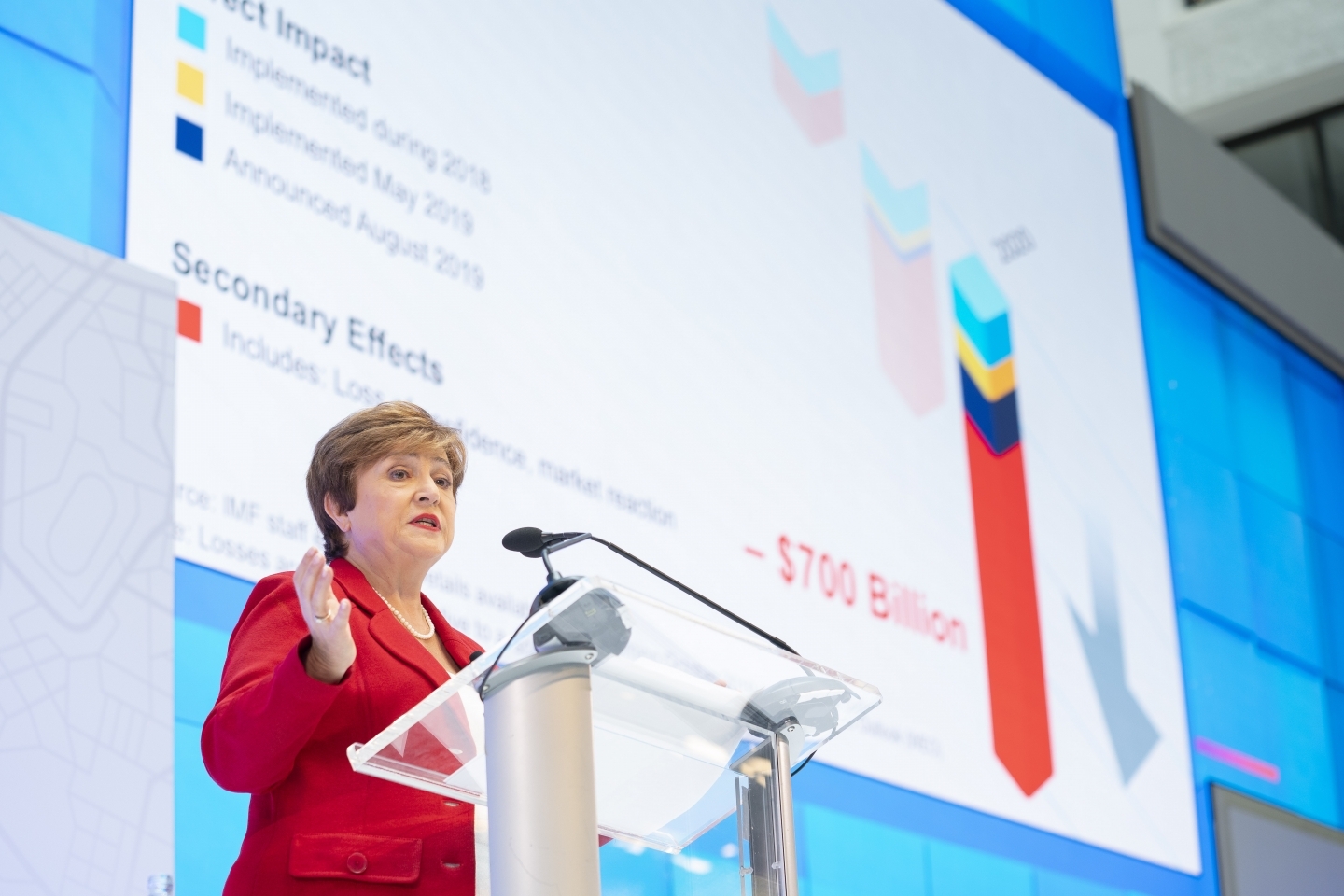 The annual meetings of the International Monetary Fund (IMF) and the World Bank, which will be held this week in Washington from October 14 to 20, will be grim. The leaders of the two institutions aren’t even trying to hide it.

“In June, the World Bank Group forecast that the global economy in 2019 would grow at 2.6%, the slowest pace in three years,” World Bank president David Malpass said in a speech at McGill University in Montreal on October 7. “We now expect growth to be even weaker than that, hurt by Brexit, Europe’s recession and trade uncertainty. Moreover, in much of the developing world, investment growth is too sluggish for future incomes to rise in a meaningful way.”

During the “synchronized upswing” of two years ago, Christine Lagarde, the previous IMF chief who left last month to take over leadership of the European Central Bank, urged countries to fix the roof while the sun was shining. They didn’t listen. US President Donald Trump started trade wars on multiple fronts and inflated the deficit back to US $1 trillion, where it has been in the aftermath of the Great Recession. China continued to pile up debt. Germany refused to stimulate domestic demand even as the European economy began to stagnate. 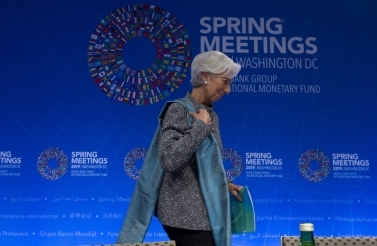 Recommended
The Fund after Lagarde

Now it’s too late; the narrative is about avoiding a recession, not strengthening the global economy for the long run. Central banks around the world have been cutting interest rates since the summer in anticipation of a serious slump in global demand. The shift to stimulus might have created a cushion, but few feel good about the short term.

“Uncertainty is taking its toll on the global economy,” economists at the Toronto-based Bank of Nova Scotia said in their latest forecast, published October 10. “A further significant increase in uncertainty, particularly one that originates from actions or threats on the trade side, could see business activity retrench enough to trigger a recession. Recent statements and actions from the [US] President are clear reminders that uncertainty could well increase from current levels.”

A gathering of finance ministers and central bankers from 189 countries would normally be an opportunity to instill confidence. Officials took advantage of Group of Twenty (G20) meetings in 2008 and 2009 to initiate the global response to the financial crisis. Georgieva alluded to that in her speech. “If the synchronized slowdown worsens, we may need a synchronized policy response,” she said.

There is reason to doubt the current collection of leaders would be able to organize a rescue on the scale of what the G20 achieved a decade ago. The American president at the helm then — at the very beginning George W. Bush, who hosted the first summit of G20 leaders, and then Barack Obama after he took the oath of office in early 2009 — was backed by Congress, not facing potential impeachment. Nor had the US spent the previous few years alienating its allies. Among the commitments the G20 made to reverse the Great Recession was to resist new trade barriers. Trump is responsible for the rise in protectionism that the IMF and others identify as the primary cause of the current slowdown. 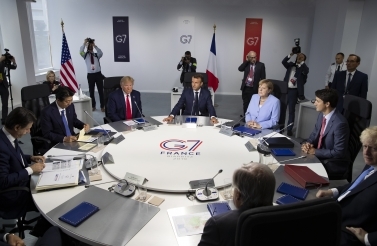 Recommended
Why Biarritz Could Be a New Model for Summitry

So it’s difficult to imagine the Trump administration as an effective leader of a global crisis response team. That matters because the G20 has never been so divided. The United Kingdom, which at the time of the crisis was led by Gordon Brown, a former finance minister, is now led by Boris Johnson, a former journalist. Like Trump, Johnson, who insists he will leave the European Union at the end of October with or without an agreement, is a source of instability and division. Much of the G20 has grown wary of China’s desire to dominate strategic industries, and Russia has been isolated over its annexation of Crimea in Ukraine. On October 9, Turkey, another G20 country, began a military assault on Kurds in Syria over the objections of the United States, the European Union and Canada.

At another time, the IMF or the World Bank could have been counted on to provide stability. Not now, or at least not yet. Malpass, who was named president in April, and Georgieva, who was appointed in September, owe their positions to an illegitimate selection process, and neither has been on the job long enough to establish their own credibility.

That’s the case with every managing director of the IMF and president of the World Bank, as Washington and the big European capitals collude to ensure the former is always an American and the latter is always from a member of the European Union.

But this time it’s worse. The world said nothing earlier this year as Trump chose Malpass, an undistinguished Treasury official who previously worked on Wall Street as an economist. Malpass, even though he was unqualified for the position based on the job criteria. The World Bank’s executive board said explicitly that it wanted a leader who came with the “experience of managing large organizations with international exposure.” Malpass had no such experience.

Georgieva, who previously was chief executive of the World Bank, comes with a better resume. But her nomination was also unopposed, even though heavyweights of international finance such as Bank of England Governor Mark Carney and Singapore’s former finance chief Tharman Shanmugaratnam were rumoured as potential candidates. The IMF’s executive board had to scrap its age restriction on candidates for managing director — previously, 65 years of age — to make way for Georgieva, who is 66.

The new IMF chief stressed in her speech that she was calling on countries to prepare for the worst. For now, the fund doubts a coordinated fiscal response will be necessary. “Let me be clear,” she said. “We are not there.”

Let’s hope not. No one is ready for it.