The idea of the smart city is not new. It has typically been used by corporations to sell the utopian city of the future. When people use the term “smart city,” they are usually describing the use of data and technology in cities. Regardless of whether we call them smart cities, intelligent cities or data-driven cities, they are here and have been for years.

Instead of being utopian, modern smart cities pose real challenges to society, democracy and sovereignty. In this video, Bianca Wylie outlines five approaches for a democratic and just smart city: open procurement, public education and engagement, responsible data management, a focus on local democracy and an agile policy process.

The urgency to consider these steps reached a new level in fall 2017 when it was announced that Sidewalk Labs, a sister company of Google, and Waterfront Toronto, a tripartite Canadian public corporation, would collaborate on a smart city project called Sidewalk Toronto.

Wylie insists that it is important to look closely at how things play out in Toronto, not only for the sake of Toronto and its residents but for other cities, too, because most governments do not have the policies in place to regulate smart city development. This situation presents a growing global governance concern.

Wylie concludes that data and technology in any city should not be used to track, monitor, profile or profit from residents. Instead, data and technology must support local needs, democratically informed policy and social justice. And if this isn’t what’s for sale — then cities should stop buying.

The idea of the smart city isn’t new. It’s typically been used by corporations to sell the utopian city of the future.

When people use the term smart city, it’s usually to describe the use of data and technology in cities. And whether we call them smart cities, intelligent cities or data-driven cities doesn’t really matter — they’re here and have been for years already.

Instead of being utopian, modern smart cities pose real challenges to our society, our democracy and our sovereignty.

There are many approaches we can consider, to get to a democratic and just smart city. But we have to want to push past dystopia and explore solutions for the challenges that smart cities present.

Instead of retrofitting an existing part of the city, they aim to create an entirely new neighbourhood on an empty 12-acre plot of land — the world’s first “neighbourhood built from the internet up,” as Sidewalk Labs likes to say.

We’re well into the project and there is a long list of unanswered questions about it.

I think it’s important to look closely at how things play out in Toronto — not only for the sake of Toronto and its residents, but for other cities too. Sidewalk Labs sees Toronto as an experiment that can be exported to cities around the world.

So, what are cities to do when big tech companies come to town with promises of better urban living and economic development, all within a matter of years, not decades?

It’s an appealing sell, but we need to talk about what the costs are, and what the trade-offs are — what it means to cede power to corporations in the rush to do the next innovative thing.

The smart city deal that’s on the table for Toronto should be considered somewhere between “highly contentious” to “democratic emergency.” However, some ideas about how to handle the challenges that these types of deals present are beginning to emerge. Here are five approaches from a growing list on how Toronto, and other cities, can address smart city challenges.

The first approach is to make the procurement of technology in cities open and transparent. The importance of this can’t be overstated, as it will set the tone for everything that follows.

Unfortunately, in Toronto, the opposite has happened. Despite initial promises of open and collaborative co-creation, the process has been anything but.

And this is where other cities can start to take notes: don’t go down any smart city track without first having public buy-in. Speak to residents early and often to learn what they need and want from a smart neighbourhood. And don’t make a deal with a tech giant and then keep residents guessing about what the project will look like. That’s the first approach.

Remember the era of public safety campaigns? Fire safety? Seat belts? Atomic bombs? That’s where Sidewalk Toronto should be with public education on data and technology. And that’s the second approach — public education for any smart city project.

There are important questions about smart cities that need to be raised, and in order to raise them, people need to be educated about them. You can’t consult with people on things that aren’t generally understood. If you do that, then the fix is in.

We need to be asking and answering questions like: How does the Internet of Things work? How does surveillance work? How will data be shared and with whom? What data will be collected and why? What are the existing laws and policies that govern data?

One of the biggest concerns with a lack of public education is a lack of understanding related to data collection, which brings us to a third approach — cities should consider civic data governance as a government responsibility.

To date, personal data collection, privacy and surveillance have sat at the centre of the discussion around Sidewalk Toronto. Consistently, however, these discussions begin with “what will you do with my data?” rather than “why do you need my data at all?” It’s as if data collection is mandatory. It’s not, or at least, it shouldn’t be. The idea that Sidewalk should be collecting people’s data needs to be interrogated.

Until that question is answered, the data produced by residents in a city should be controlled by residents and their elected governments, not a corporation.

We also need to get better about talking about data. There are so many different types of data: personally identifiable information; aggregate and anonymized data about how people move around in the city; environmental data (geospatial data, maps, pollution information); infrastructure data. Each type of data, and the context in which it’s used, comes with its own set of considerations, including whether it should be collected at all; whether the data should be closed, shared or open; and also whether it should be commercialized or used in intellectual property.

It’s also important to note that human behavioural data needs to be treated very differently than other types of data.

Along with a re-think on data collection, we also need to stop thinking of smart cities as a technology issue and see them for what they really are — they’re a political issue. That’s the fourth approach.

The way a smart city works is a direct reflection of its political leadership.

This has been demonstrated in several cities around the world. Barcelona is one of them.

In 2015, Ada Colau, a progressive candidate, won the mayoral election. Her campaign has been described by some as a response to the previous mayor’s corporate smart city movement, and as a result, Barcelona has instituted policies to guarantee open procurement, resident control of data and technology-driven civic participation.

Without the type of political leadership that Barcelona has shown, tech companies will try to exert their influence on cities and will be doing so in a policy vacuum.

Finally, a fifth approach: Policies that exist today, from the municipal to the federal level, were largely developed prior to the internet era.

To address this problem, governments could consider an agile approach to policy making. If the policies don’t work as intended, they can be changed or dismantled entirely.

Governments cannot continue to save up these compounding problems and then try to address them all in one go.

Locally, this could look like resident-led digital master planning. This would put residents and cities on a path to prioritize local issues and define a coherent plan for a technology policy that supports them.

This process might not sit well with all politicians, but agile policy making is something governments will need to get comfortable with to break this habit of being behind the technology sector.

The threats that smart cities pose to democracy are real, but the good news is that there are these and other ways to begin addressing them.

It’s time to rethink how technology is deployed in cities. It shouldn’t be there to track, monitor, profile and profit from residents. Instead, it must support local needs, democratically informed policy and social justice. And if this isn’t what’s for sale, then cities should stop buying. 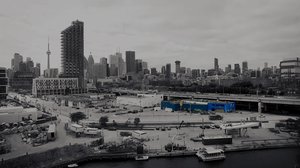 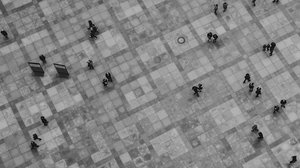 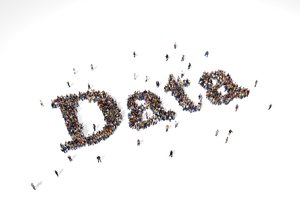