The debate about the role of digital technology in our society has gone through a remarkable transformation. Following two decades of techno-optimism, we are now in the midst of a techlash.

The 2016 US presidential election was the catalyst for this turn; foreign actors who manipulated technology played a significant role in the election of Donald Trump. But the root cause of the techlash runs far deeper — a hands-off approach to technology regulation left companies like Google, Facebook and Amazon to serve billions of users and eventually perform core functions of society. The costs are clear: platforms threaten our social fabric, our economy and our democracy.

Despite growing calls for global platform governance, no solution has been found. To begin to address this, CIGI has convened leading thinkers to explore new models for governing digital platforms.

In this video, Joan Donovan, Gene Kimmelman and Kate Klonick — who all contributed to CIGI’s latest essay series, Models for Platform Governance — discuss the emergence of platform governance, how a lack of regulation could threaten democracy and why a global effort is needed to mitigate these harms.

The debate about the role of digital technology in our society has gone through a remarkable transformation. Following two decades of techno-optimism, we are now in the midst of a techlash.

The 2016 US presidential election was the catalyst for this turn; foreign actors who manipulated technology played a significant role in the election of Donald Trump. But the root cause of the techlash runs far deeper — a hands-off approach to technology regulation left companies like Google, Facebook and Amazon to serve billions of users and eventually perform core functions of our society. And the costs are increasingly clear: platforms are creating negative costs to our social fabric, our economy and our democracy.

We’ve arrived at a time when these platforms simply need to be governed, and the approach must be global.

When we talk about platform governance, we’re talking about what are the groups of people that need to come together in order to manage this large technological infrastructure that we’re calling platforms, and platforms usually are referring to a place like Facebook, Twitter, YouTube. And the governance part is really about, well, how do we manage bad uses of platform technologies.

It’s really about creating another way of understanding exactly the role that private platforms have, and the outsized role that they have from other kinds of companies and other types of corporations that we’ve had before, just in terms of how they’re affecting people’s day-to-day lives.

It’s these companies that have now become the major means by which we get political information, we do social interactions with each other, and our economies are being driven more and more by a digital environment.

For the longest time, we have heralded platforms, especially Facebook and Twitter, as liberatory technologies that are going to bring about massive democratizing social change throughout the globe. And we’ve seen numerous movements, from the Occupy movement and the Arab Spring, as well as Black Lives Matter, all using digital technologies to mobilize groups for positive social change. However, the problems related to having a lack of agreements around how platforms are to be used really touches ground in Charlottesville, because when the Unite the Right rally was being planned, it was using all those same technologies and all those same techniques. The torchlight march and the coordinated outfits and all of that planning was done on open forums, on platforms, and so we have to start to reckon with, well, what are these platforms doing to society, what are they allowing, and how do we strike a balance between the good uses of these infrastructures and the evil ones.

So what we’re seeing happen in the digital environment, without a unified governance structure — a regulatory body — is we have companies merging together, we have companies creating partnerships, we have new relationships developing through contract with no public oversight mechanism. And so we have a few winners in the digital marketplace who seem to be dominating across the economy and in that way also controlling the way in which we communicate.

These platforms have become very, very powerful and so no one government is necessarily strong enough to take them on. And so now you’re seeing that if you’re going to have regulation and regulation is what you decide is better for these companies, you’re going to need to have to work with governments to have them work together and coordinate a way to either approach these companies so that they implement more ideal regulation regimes or they decide to regulate the companies from the outside.

We need better agreements now about how we share information, especially when it comes to sharing information that is hate speech, harassment or incitement to violence, and those kinds of information, while in the US are nominally protected by free speech laws, it is not the case globally, and these platforms are global. And so, we are sort of at the tipping point of needing a global governance strategy, whether it comes from the corporations themselves or from other governments, to mitigate against these harms.

At the end of World War II, the global community understood that a new framework was needed to bring stability to financial markets and to prevent future conflicts. Today, a new set of rules is warranted — rules to regulate data, competition and content, the intangible assets that our democracies and the global economy rely on. Deciding what these new rules look like and how we achieve them will require global coordination.

To begin to address this, CIGI has convened leading thinkers from across the globe to explore new models for governing digital platforms. To learn about their ideas and what a framework for global platform governance might look like, please visit cigionline.org/platforms. 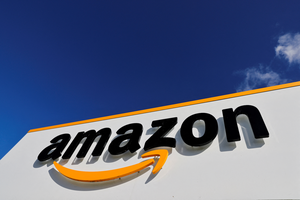 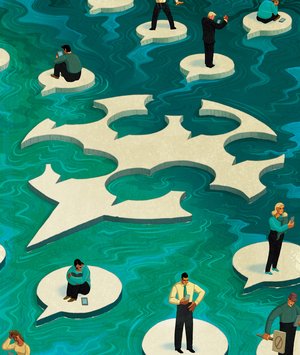 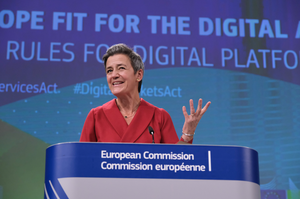