Our understanding of national security protections is constantly evolving. Early on, border protection and espionage were the primary means of protecting a nation. As technology evolved, so did the espionage game. Codebreaking, wiretapping and other means of intercepting information were employed. But for a long time, the national security focus remained on what other nations-states were up to.

9/11 showed us that non-state actors can muster resources to stage attacks on nations. National security evolved to address these types of threats, but, principally, the game remained the same — protect the state from physical attack.

Now, two decades on, new threats have emerged, and traditional means of military defence can no longer meet Canada’s needs. Cyberattacks can be initiated by anyone, anywhere, and their target can be a private business or individual. The COVID-19 pandemic exposed the interconnectedness of many supply chains and demonstrated how quickly shortages of basic items, such as medical supplies, can occur when those chains are disrupted. And climate change is creating a whole host of national security issues.

A new approach to national security is needed, one that better addresses the expanded range of threats and engages a broader community to solve these issues. CIGI has gathered more than 250 experts to address 10 key areas of emerging national security threats and produce a series of reports as part of the Reimagining a Canadian National Security Strategy project. Learn more at www.cigionline.org/canada-security/.

Since the early empires, national security has focused on protecting land, sea and, eventually, air borders from foreign threats.

Regardless of the technology, the goal remains the same: protect the state from invasion.

Espionage plays a critical role to warn of threats and prevent adversaries from stealing secrets. Telecommunications and computers ushered in a new era of espionage and intelligence gathering.

But for a long time, the national security focus remained on what other nation-states were up to.

In the last two decades, our approach to national security has evolved to understand that non-state actors can be just as much of a threat as other nations.

And the internet certainly has proven that an attack can come from anyone, anywhere, without any physical movement.

And then the COVID-19 pandemic hit. It brought a new understanding of the interconnectedness of national security to many other aspects of our lives

beyond just borders, the threat of war and the espionage game.

Pandemics, biosecurity, climate change, intellectual property theft and data governance are some of the new dimensions of national security.

While other nations, especially our Five Eyes partners, such as Britain, the United States and Australia, have revised their national security strategies recently, it’s been almost two decades since Canada updated its strategy. 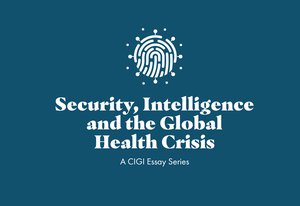 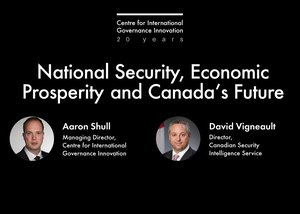