Many human rights regulations, such as migrant rights, environmental rights and workers’ rights, are protected across the entire European Union. But when the United Kingdom leaves the European Union, Britain’s lawmakers could rewrite human rights laws. While the United Kingdom could choose to stay aligned with EU law, some are concerned that it will choose to dilute certain workers’ and environmental rights in order to remain competitive on the global stage and encourage economic growth.

In this video, Colm O’Cinneide, a professor of constitutional and human rights law at University College London, looks at the many areas of human rights law that could be impacted by the United Kingdom’s decision to leave the European Union.

O’Cinneide explores this idea further in his contribution to Complexity’s Embrace: The International Law Implications of Brexit, a book recently published by CIGI and the British Institute of International and Comparative Law. Complexity’s Embrace looks at the legal governance challenges presented by the United Kingdom’s decision to leave the European Union and illustrates the many connective elements across five topic areas: trade, financial services, intellectual property, the environment and human rights.

Much of the commentary has been focused on the threats the Brexit process may pose to legal human rights protection in the United Kingdom.

In contrast, other commentators have argued that these concerns are radically overstated.

There are two streams of thought about the potential impact of Brexit on human rights.

The first strain of thought views it as Brexit presenting a significant threat to existing human rights protection in the UK. It views it as opening up the possibility that human rights will become eroded, that key elements of fundamental rights protection in areas such as the rights of migrants, the rights of workers, environmental rights, privacy rights, that these rights will be opened up for dilution and potential erosion in the wake of Brexit.

Then there’s the second school of thought that actually sees Brexit perhaps as an opportunity. An opportunity for the UK to shape its own human rights standards, to decide what’s best for itself in the realm of human rights protection free of EU influence — or at least with less EU influence— to sort of shape a British version of rights that is less influenced by European standards.

The point is that post-Brexit, all of these rights, which at the moment can only be changed by EU legislation, that are protected by the Court of Justice of the EU, they’ve been given a very strong purpose of interpretation by the Court of Justice of the EU, which has really reinforced protection under these instruments. After Brexit, all of these instruments are open to be diluted, repealed and so on, which means the risks to human rights that Brexit potentially poses will become real.

Now, the fact that the risks are there doesn’t mean they have to materialize. And I think this is a very, very important point. Brexit could result in the dilution of migrant rights, could result in the dilution of environmental rights, could result in serious erosion of workers’ rights, but it doesn’t have to mean any of these things. Brexit could be rights-neutral, it could even be rights-positive going forward if the UK Parliament decides to develop law in a particular way that reinforces rights protection. There is nothing guaranteed in Brexit that necessarily leads on to rights erosion.

Mister Speaker, I want to congratulate the honourable member for Esher and Walton on his appointment as the Secretary of State [for Exiting the European Union]. He now becomes our chief negotiator on an issue that could not be more important or more urgent. But this new Secretary of State is on record as wanting to tear up people’s rights. He said, and I quote, “I don’t support the Human Rights Act. Leaving the European Union would present enormous opportunities to ease the regulatory burden on employers.”

So, I think it’s quite important as Brexit moves forward that, first of all, politicians provide reassurances as to the level of rights protection and to give some clarity as to what they want to do moving forward. Secondly, it’s incredibly important that respect for human rights be recognized as forming a key part of the process. So it’s time, I suppose, putting it nice and simply, for the UK to take human rights seriously.

Brexit and Human Rights are just one of many topics covered within Complexity’s Embrace. 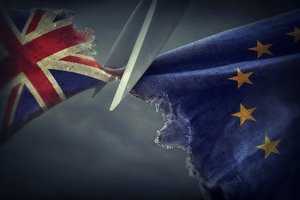 A Conversation with Oonagh E. Fitzgerald and Eva Lein, Editors of Complexity’s Embrace 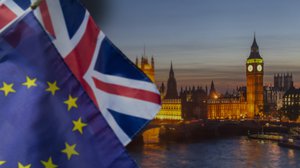 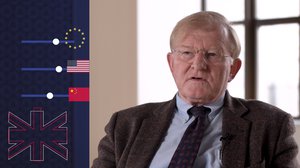