Canadians will cast their ballots in the next federal election on or before October 21, 2019. In the wake of a growing global trend of foreign interference, free and fair elections — a keystone of democracy — are under threat. While policy makers and citizens are becoming more aware of the risks of foreign interference in elections, democratic governments have been largely unprepared for election meddling.

The Transatlantic Commission on Election Integrity (TCEI), an initiative of the Alliance of Democracies in partnership with the Centre for International Governance Innovation (CIGI) are systematically evaluating policies and practices in democratic states in order to determine electoral readiness and resilience. Once complete, the combined evaluations will aid in identifying vulnerabilities, preventing election interference and sharing best practices among democracies.

In this video, Allan Rock, a commissioner of the TCEI and the former Attorney General of Canada, speaks about the Election Risk Monitor: Canada, a special report he oversaw the preparation of. In the report and this video, Rock describes the legal and administrative regime that governs federal elections in Canada, threats that have been identified, and new laws, policies and investments intended to anticipate and respond to them. Rock also explains the strategies that have been adopted by the federal government and explains how Canada is contributing to international efforts (through the Group of Seven) to manage those threats. Finally, Rock discusses policy choices that Canada is facing as it works to address malicious actors’ use of social media platforms to influence Canadian elections.

The context in which we’re operating here, with the Election Commission, is an international trend toward malicious interference in democratic processes. And I think we should be under no illusions in Canada — we face those same threats in the federal election, which will be held in October of 2019. The threats that I’m talking about are really threats to three things. First of all, to politicians and political parties; second, to voters; and third, to the election process itself, and let me explain what I mean.

In terms of politicians and political parties, we saw in America, in 2016, how the Russians hacked into the email of the Democratic Party and then leaked those emails in a strategic way to try and do harm and influence the outcome of the election. Secondly, voters themselves are vulnerable to being manipulated, misled, interfered with. Voters these days derive an awful lot of their information electronically, from social media. And those social media platforms are vulnerable to interference, to misinformation. And lastly, the political system itself. I mean, we’re lucky in Canada, because we have an old-fashioned paper ballot, we don’t vote electronically, so the act of voting itself cannot be interfered with. But, we store our information electronically, and so we have to be careful that it’s not interfered with.

The Transatlantic Commission on Election Integrity met here in Ottawa at the end of April. We brought in members from around the world, and it gave me an opportunity to present to my colleagues on the Commission a report of what Canada has been doing. For example, Canada amended our Elections Act in legislation that was adopted last December, to strengthen it in many ways: to prohibit absolutely any foreign financing of Canada’s election, to prohibit misinformation, to make it clear what the expectations are in terms of the truth of statements made by candidates or people about candidates. Number two, the government of Canada also committed $750 million toward the creation of a new Cyber Security Centre, and that money is being used to consolidate the bits and pieces of cyber security that are present in departments throughout government and bring it into one place. Third, the government has created a whole-of-government approach toward defending our elections. There’s something called SITE, which is a task force intended to identify and defeat threats to our elections’ integrity. The government of Canada is also leading an effort among G7 countries, called the Rapid Response Mechanism, which is intended to coordinate the responses by all the democracies of the G7 in defending against these threats.

I think there are still gaps to be addressed. The biggest vulnerability is through the social media platforms, and Canada, to this moment, has not regulated social media. Self-regulation is rarely successful in protecting the public interest. The main interest for the big social media companies is returning value to their shareholders, not protecting the electorate of Canada. So, there should be measures taken to protect Canada’s elections which force social media to behave in certain ways.

It’s not enough for Canada to act alone in regulating social media, because they are global platforms. And here’s where the Transatlantic Commission on Election Integrity hopes to make a contribution: by learning about what democracies are doing around the world; identifying measures that work, that are enforceable, that are effective; and sharing those best practices among democracies, so that we can pick and choose and put in place in Canada what has been seen to work elsewhere.

Crucial to the health of democracies is the ability to have a conversation among voters that is frank and direct but that is based in truth and reality and not distorted by some malicious foreign actor who wants to undermine the strength of our countries. 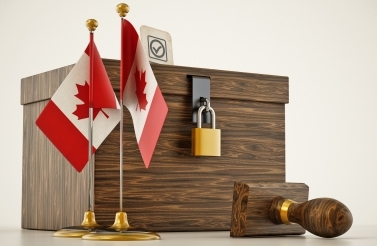