When human beings are at their worst, the institutions of journalism and the media must be at their best. Unfortunately, that isn’t always the case. In 1994, the media failed to share a full story of the organized genocide under way in Rwanda and, as a result, the public failed to respond.

Even before the advent of modern-day war reporting, someone has always recorded or reconstructed horrific scenes of human atrocity — this is reflected in historic texts and art. Today, the role of the war correspondent is evolving still. The near ubiquity of social media and smart devices has introduced a flood of user-generated content and, along with it, a community of open-source investigators. This community works with publicly available information — from video footage to mapping data — to piece together and expose a story.

In this video, journalist and CIGI Senior Fellow Allan Thompson shares two examples of war reporting that illustrate the evolution of the centuries-old connection between conflict and those witnessing it. The examples he draws on — footage of early killings during the Rwandan genocide, and a viral video of a 2015 execution in Cameroon — shed light on the perplexing terrain where media and mass atrocity intersect.

The terrain where media and mass atrocity meet is really a place where nobody wants to be. There has almost always been somebody there to witness these events and to document and to leave us a record of some of these atrocities.

There’s a Jewish historian, Josephus, who wrote about atrocities in the Siege of Jerusalem. Later, much later, in the 1800s, Francisco de Goya, an artist, uses, really, what was at the time the most modern technology for distributing images — the lithograph — to document atrocities from wartime.

The notion that a civilian, not a member of the military, who will document war, conflict, atrocity and share that with an audience, that really emerges in the 1850s. And that’s our modern situation. We see war correspondents, the people who do this for a living, almost as the top of the craft. It’s supposed to be journalism at its finest, and sometimes it is, but in the case of Rwanda, it was a place where journalism just utterly failed.

April 6th comes along, the president’s plane is shot down, the killings begin almost immediately. And at that point, there were only two Western journalists on the ground in Rwanda. Among the small group of journalists was a guy named Nick Hughes, who was a British cameraman, [who] covered conflicts like this year after year. So April 11th is just the first few days of events in Rwanda, and Nick captures this footage in a neighbourhood in the centre of Kigali, the capital of Rwanda. And he trains his camera down to the street where he sees two figures kneeling in the road, and one of these figures is praying. And at the end of the footage, they are — they are killed.

Instead of becoming immediately this kind of iconic image, like “Oh my god, look what’s happening in Rwanda,” it just disappeared.

The segue from Rwanda to now, you know, it’s 25 years, what’s the future hold? You know, how are we going to cover these types of events? So, in the summer of 2018, this remarkable piece of footage emerges, and what you see in this footage are two women being dragged down a dirt path by a group of soldiers, and they are executed.

In July of 2018, someone posts it to Twitter and the speculation is, immediately, where was this taken? Is this in Cameroon? Around the world, there are several people seeing this footage, among them a couple of young guys who don’t really consider themselves to be journalists —  they describe themselves as “couch analysts,” “open-source investigators.” One of them creates a Twitter direct message group and starts engaging with others and issues a challenge publicly: Let’s figure out when and where this happened and who these killers are. They’re looking at Google Earth footage, and so they narrow their search to this area of northern Cameroon, and bingo, they find a ridgeline that matches. Then they start applying these other tools. They look at things like the weapons. There are online apps where you can put up a picture of a weapon and it’ll tell you what it is. Then they use another app — it was a sunny day, so the soldiers, as they’re walking down this road, they’re casting a shadow, and this app will calculate when that footage had to have been taken. And then they go even further — they figure out who some of these perpetrators are…because they’re on Facebook. And so they identify five or six of these perpetrators.

Looking at it, as a journalist, this is remarkable — it’s a remarkable piece of journalism, kind of a testament to some of what can be accomplished now, largely because of the technology available. I still think what we need is to find that hybrid, where all this new technological prowess can be combined with traditional journalistic tools, to give us even more. And, we’re not there yet, but it’s still an interesting glimmer, if you’re looking for something positive on the current media scene and in terms of where media and atrocity intersect, I think that does give us a glimmer of something of what’s possible. 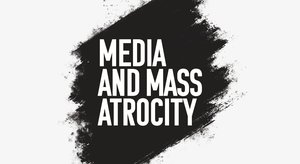 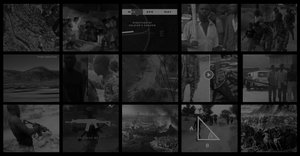 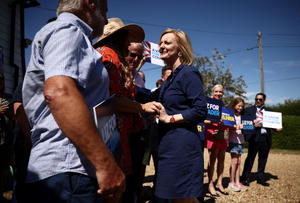