The rapid surge in the price of Bitcoin has brought discussion on cryptocurrencies and distributed ledger technologies into the mainstream. But why all the hype? Before diving into such topics, it is important to understand the technology behind cryptocurrencies: blockchain.

Blockchain is shorthand for a whole suite of distributed ledger technologies that can be programmed to record and track anything of value, from financial transactions and medical records to land titles.

This video is an accessible introduction to blockchain technology: how it tracks and stores data, how it fosters trust, and how it facilitates peer-to-peer transactions without involving middlemen such as bankers or lawyers.

Blockchain’s potential for underpinning online interaction is limitless. But, much like the rise of the internet, this new technology brings with it complex questions around governance, international law, security and economics.

Many people think of blockchain as the technology that powers bitcoin. While this was its original purpose, blockchain is capable of so much more.

Despite the sound of the word, there’s not just one blockchain. Blockchain is shorthand for a  whole suite of distributed ledger technologies that can be programmed to record and track anything of value, from financial transactions to medical records or even land titles.

You might be thinking: we already have processes in place to track data. What’s so special about blockchain?

Let’s break down the reasons why blockchain technology stands to revolutionize the way we interact with each other.

Reason number one: the way it tracks and stores data.

Blockchain stores information in batches, called blocks, that are linked together in a chronological fashion to form a continuous line: metaphorically, a chain of blocks.

If you make a change to the information recorded in a particular block, you don’t rewrite it. Instead the change is stored in a new block showing that x changed to y at a particular date and time. Sound familiar?

That’s because blockchain is based on the centuries-old method of the general financial ledger. It’s a non-destructive way to track data changes over time.

Here’s one example. Let’s say there was a dispute between Anne and her brother Steve over who owns a piece of land that’s been in the family for years.

Every change of ownership of this property is represented by a new entry in the ledger, right up until Anne bought it from their father in 2007. Anne is the current owner and we can see that history in the ledger.

Unlike the age-old ledger method — originally a book, then a database file stored on a single system — blockchain was designed to be decentralized and distributed across a large network of computers.

This decentralizing of information reduces the ability for data tampering and brings us to the second factor that makes blockchain unique: it creates trust in the data.

Before a block can be added to the chain, a few things have to happen.

First, a cryptographic puzzle must to be solved, thus creating the block. The computer that solves the puzzle shares the solution to all of the other computers on the network. This is called proof-of-work. The network will then verify this proof-of-work and, if correct, the block will be added to the chain.

The combination of these complex math puzzles and verification by many computers ensures that we can trust each and every block on the chain.

Because the network does the trust building for us, we now have the opportunity to interact directly with our data, in real time.

And that brings us to the third reason blockchain technology is such a game changer: no more intermediaries.

Currently, when doing business with one another, we don’t show the other person our financial or business records. Instead, we rely on trusted intermediaries, such as a bank or lawyer, to view our records, and keep that information confidential.

These intermediaries build trust between the parties and are able to verify, for example, that “Yes, Anne is the rightful owner of this land.” This approach limits exposure and risk, but also adds another step to the exchange, which means more time and money spent.

If Anne’s land title information was stored in a blockchain, she could cut out the middleman, her lawyer, who would ordinarily confirm her information with Steve.

As we now know, all blocks added to the chain have been verified to be true and can’t be tampered with, so Anne can simply show Steve her land title information secured on the blockchain.

Anne would save considerable time and money by cutting out the middleman. This type of trusted peer-to-peer interaction with our data can revolutionize the way we access, verify and transact with one another.

And because blockchain is a type of technology, and not a single network, it can be implemented in many different ways.

Some blockchains can be completely public and open to everyone to view and access.

Others can be closed to a select group of authorized users — such as your company, a group of banks or government agencies.

A government, for example, could use a hybrid system to record the boundaries of Anne’s property and the fact that she owns it, while keeping her personal information private.  Or it could allow everyone to view property records but reserve to itself the exclusive right to update them.

It is the combination of all these factors — de-centralizing of the data, building trust in the data and allowing us to interact directly with one another and the data — that gives blockchain technology the potential to underpin many of the ways we interact with one another. But, much like the rise of the internet, this technology will bring with it all kinds of complex policy questions around governance, international law, security and economics.

Here at the Centre for International Governance Innovation, we seek to bring trusted research that will equip policy makers with the information they need to advance blockchain innovations, enabling economies to flourish in this new digital economy.

Learn more about our work on blockchain technology by visiting our website and social media channels. 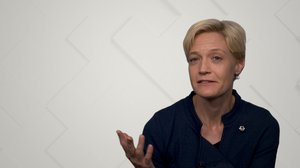 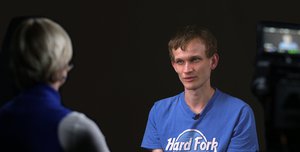 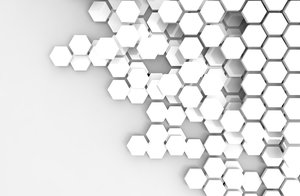