Although not visible or understood by the average customer, standards keep the economy running. Standards describe and define the importance of a process, product, service or system. They provide a level playing field for industry and help build trust between participants in supply chains. When it comes to tangible goods — from a screw, to a toaster to a car — there is an expectation that products will have gone through this process of standardization so that consumers can rest assured that these products are safe and work properly.

With the advent and growth of the internet, it became possible for anyone around the world to design a new app and deploy it within a few weeks. Unfortunately, the standards that were needed for these new products had to be developed at a pace that established standards development organizations could not meet. This standards void has resulted in a wave of incidents involving the improper, unethical or illegal sharing of data and a resulting reluctance by companies to enter into the largely unregulated data marketplace.

The solution presented in this video by CIGI Senior Fellow Michel Girard, is to frame big data collection in a consistent manner, in order to help create ecosystems where big and small companies can thrive while consumers and users are protected. How can this be done? Girard suggests that a “big data value chain” (similar to other tangible value chains) would allow participants in supply chains to collect, access and use data in a safe and predictable manner. Failing to act, Girard concludes, could result in three or four large big tech companies taking over how data is managed.

Standards are the tools that make the economy run. They are the “handshake” between various parts of products or systems.

Industrialization would not have been possible without standardization. Every time a new technology was being invented, you needed national associations to think through, how will this new industry work? When it comes to tangible goods, there’s kind of an expectation that what you’re going to be buying at the store will have gone through this process of creating a standard so that you know it’s safe and you know it works properly.

With the growth of the internet, it became possible for anybody around the world to design a new app and deploy it within weeks after it was created. So, we have billions of devices used by billions of people, generating incredible amounts of data and we don’t really know what big tech companies are doing with that data. So, standards development organizations are looking at this and thinking through, how can we frame this new big data economy in a way that everybody wins.

We need to create data value chains that are kind of similar to supply chains in the tangible world. And here we have the need to standardize three segments into that chain. Upstream, the first one is data collection, that’s where a lot of data is being harvested from social media platforms, it can be from your phone. In addition to that, you can add all of those Internet of Things sensors, those IOT sensors that are being installed on roads, on streetlights. And the challenge is, is there a way for us to grade the data — so there will be some data that’s very high quality, that’s very reliable and other that is not as reliable and you may not want to use it. So, we need to create an architecture for data collection.

The second one is about data access. So, once you’ve created or collected data, others will want to use it. There are no platforms right now to share that data, to access that data, to exchange that data. So, you’ll need standards to establish the rules of the game when it comes to what is the data that I can access and what should be kept private.

And then downstream, there’s analytics. We’ve invested billions of dollars in Canada in AI firms and we have a lot of very creative people putting a lot of effort to create the next great algorithm but data analytics won’t survive if we don’t create the right infrastructure for them to access high-quality data and then can apply to solve a variety of problems.

If we don’t do anything, then you could see three or four large big tech companies taking over how data is managed, how it’s treated — it could be for the good, it could also be for the bad and people are concerned about that. I think with standardization, what you can do is establish a new balance, a new equilibrium as opposed to what we’re seeing now.

Standards for the Digital Economy: Creating an Architecture for Data Collection, Access and Analytics 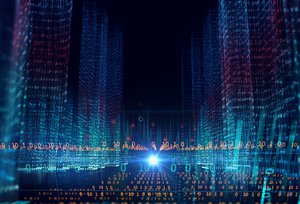 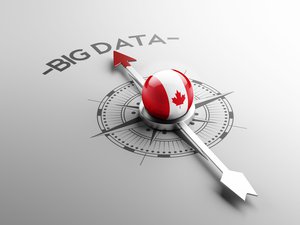 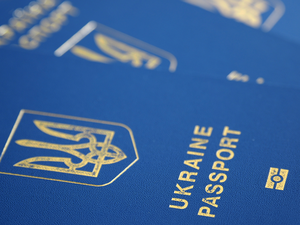