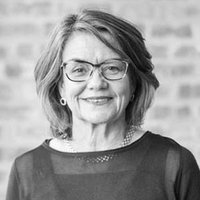 Alison Gillwald (PhD) is the Executive Director of Research ICT Africa (RIA) an African digital policy, regulatory and governance think-tank that works across 20 African countries. She is also an adjunct professor at the University of Cape Town’s Nelson Mandela School of Public Governance where she convenes a doctoral programme in the Digital Economy and Society in Africa and professional development and executive training for policymakers, regulators and parliamentarians in the areas of policy, regulation and data governance.

She has been commissioned by the African Development Bank, the World Bank, the International Telecommunications Union, United Nations Department of Social and Economic Affairs (UNDESA) and the United Nations Council of Trade and Development (UNCTAD) and provided technical assistance to the African Union Commission, the Communications Regulatory Association of South Africa, the Southern African Development Community (SADC) and the SADC Parliamentary Forum, and addition to many African governments. In South Africa she has provided technical assistance, undertaken commissioned work and provided expert testimony to the South African Presidency, the Department of Communications, the Independent Communications Authority of South Africa (ICASA) and the Competition Commission.

She has extensive institutional design and organisational transformation experience having been appointed by President Mandela through the first democratic Parliament to the founding Council of the South African Telecommunications Regulatory Authority (SATRA) in 1997, after establishing the policy department in the first broadcasting regulator, the Independent Broadcasting Authority in 1994. Her corporate governance experience extends to the public, private and non-governmental sectors. She has served on the board of the public broadcaster, the South African Broadcasting Corporation; AVUSA, one of the largest media and lifestyle companies listed on the JSE; Womensnet and the Media Monitoring Africa (Project).

Alison has served on several national statutory commissions and councils including as deputy-chairperson of the National Broadband Advisory Council in 2014; seconded to the Communications Ministry in 2013 to support the fast-tracking of the South African broadband plan, SA Connect; and the chairperson of the first South African National Digital Migration Advisory Body in 2001.

She has also served on various international panels and tasks forces including the first ITU Gender Task Force in 1999 and the African Communications Ministers’ Advisory Group between 2000 and 2003. As part of the restructuring the Internet Corporation for Assigned Names and Numbers (ICANN) she was appointed to the President’s Strategy Panel on Multistakeholder Innovation 2013.

Currently, she serves as vice-char of the GIGAnet the only dedicated academic conference on Internet Governance. She is also a co-lead of the Data Justice project of the data governance working group of the Global Platform on Artificial Intelligence (GPAI) and a member of the UN Secretary General’s Digital Cooperation Roadmap Digital Inclusion Roundtable.

A former regulator, she was appointed to the founding Council of the South African Telecommunications Regulatory Authority after heading the policy department at the first broadcasting regulator, the Independent Broadcasting Authority, which was established in the wake of the first democratic elections in South Africa in 1994.

She has worked extensively with multilateral agencies, such as the International Telecommunication Union and the World Bank, and served on the Internet Corporation for Assigned Names and Numbers President’s Strategy Panel on Multistakeholder Innovation. She sits on the board of the Tertiary Education and Research Network of South Africa.